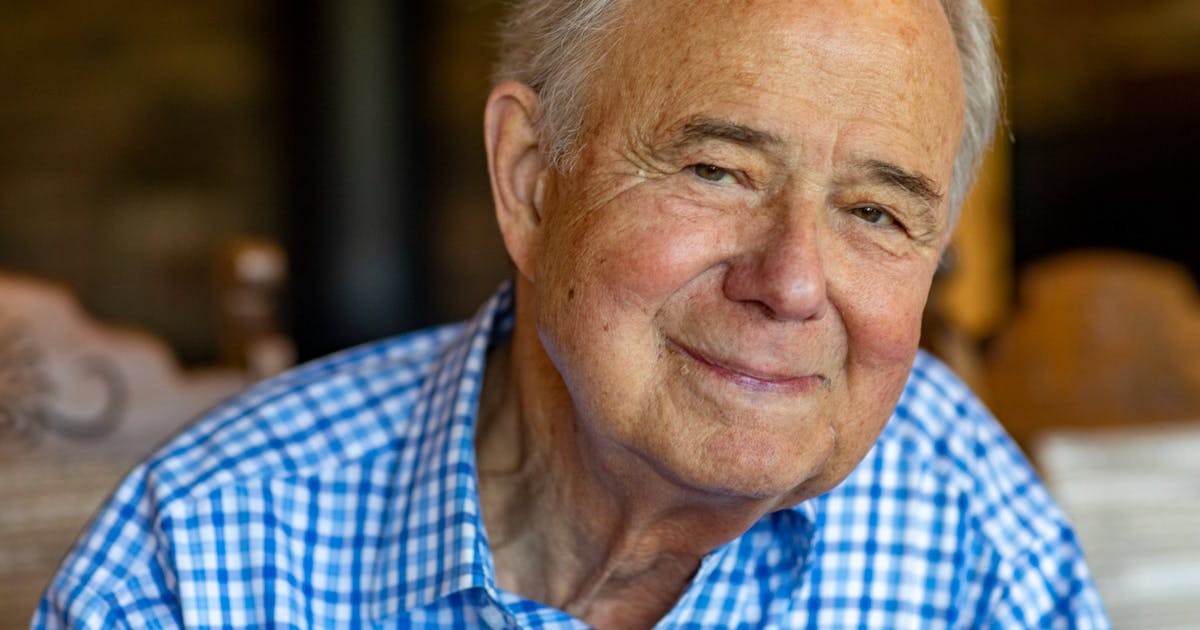 DULUTH — Duluth native Grant Merritt may have been a descendant of Iron Range mining pioneers, but it didn’t stop him from spearheading the charge against a major mining company polluting Lake Superior.

Merritt, an attorney, was appointed by Gov. Wendell R. Anderson as only the second leader of the Minnesota Pollution Control Agency in 1971, a time of bipartisan political progressiveness. Merritt’s efforts to stop Reserve Mining Co. from dumping waste rock into the lake began several years earlier when he learned about the practice from an uncle who lived in Silver Bay, and continued long after his time heading the agency.

“He was willing to put his body on the line,” said friend John Kaul. Merritt was driven by “some kind of internal fire. When he saw something he thought was wrong, he went after it full speed ahead, damn the torpedoes.”

Merritt, who wrote “Iron and Water; My Life Protecting Minnesota’s Environment,” died Wednesday. A New Hope resident, he was 88.

Merritt championed the environment in several cases, but is best known for his part in the legal and regulatory battles against Reserve Mining, which for two decades dumped 67,000 tons of muddy taconite tailings per day into Lake Superior. The iron ore waste fanned deep into the lake, threatening fish and humans and contaminating drinking water with a potentially cancer-causing fiber. A federal panel eventually concluded there was enough evidence to show mining discharge to be a public health threat, and in 1980, an on-land disposal site was completed.

“I get accused of shutting down plants and that I was anti-mining,” Merritt told the Star Tribune in 2018. “I’m not. Some environmentalists are. But I’ve enjoyed the chance to be a factor” in a cleaner environment and economy.

Merritt’s dedication to solving environmental issues never waned, said Peter Gove, who succeeded Merritt as commissioner of the MPCA in 1975.

“Grant, clearly to me, was not only the most courageous, but most tenacious and accomplished PCA leader the state has ever had,” he said. “He’s a real example of a lifelong commitment to a cause.”

Merritt was a graduate of both the University of Minnesota Duluth and the U of M law school, and founder of the Isle Royale Families and Friends Association. He spent many summers throughout his life on Lake Superior’s Isle Royale, where his family has long kept a cabin. His daughter Linda Tully said one of his greatest joys was time there with his family surrounding him at the dining table, with a view straight to the harbor.

Merritt practiced law formally until just two years ago, and was still working on volunteer projects until his death, daughter Carolyn Klein said, even “drafting letters to the Secretary of the Interior. … If he heard something about Lake Superior or Isle Royale, he was in the middle of it.”

His ties to Iron Range mining history are legendary: Merritt’s grandfather and other family were the first to discover iron ore deposits on the Range, but eventually lost their fortune to industrialist John D. Rockefeller in the 1890s.

“We get this feeling now watching government at national and local levels — the gridlock, the extremism — that it is hopeless,” he said. “He proved that by getting involved in the system and fighting the good fight, you can make a difference.”

Merritt was preceded in death by his son, Stephen, and a granddaughter, Kaydence Tully. He is survived by his wife, Marilyn Merritt, daughters Linda Tully and Klein, nine grandchildren and two great-grandchildren. Services are pending.