Harold Zosel Jr., who wrote a postcard history of St. Cloud, dies at 84 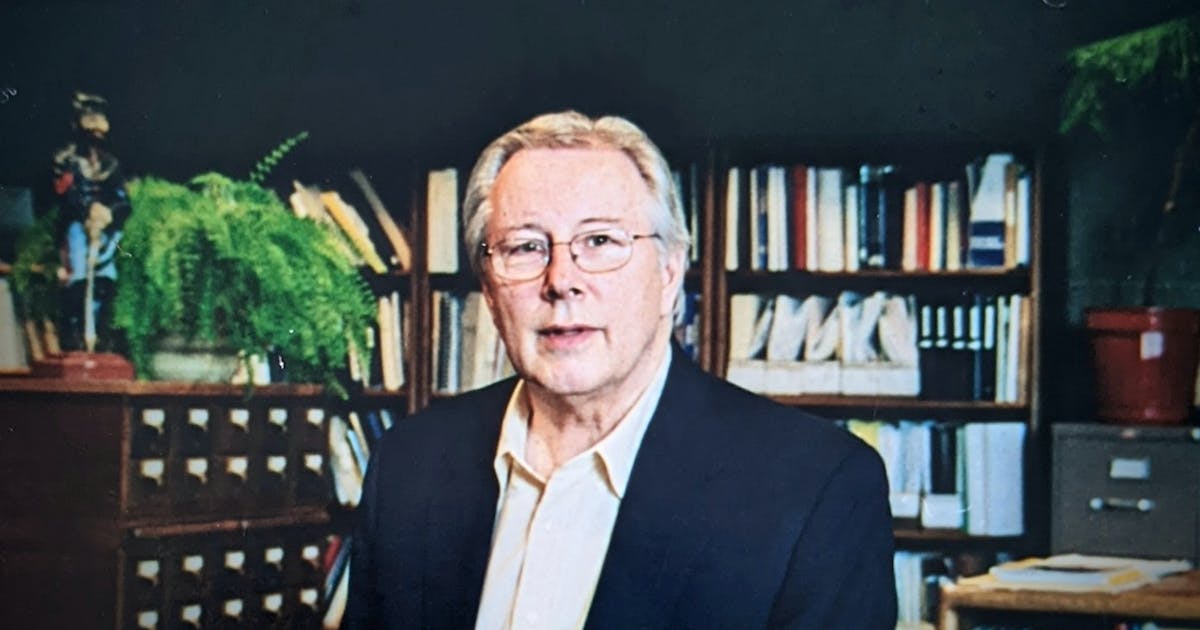 ST. CLOUD — A favorite pastime of the late Harold Zosel Jr. was scouring piles of postcards at conventions where collectors gathered to buy and sell memorabilia.

But finding the perfect rare postcard — with a picture of a streetcar from Sauk Rapids, tobacco farmers in St. Cloud or employees of the Julius Adams Cigar Factory lined up along St. Germain Street — was just the beginning. The real fun for Zosel was learning every last detail about who and what were featured on the postcard.

“He just liked connecting things,” said Steve Penick, head archivist at Stearns History Museum. “He would bring the same card in multiple times over a couple weeks [and we’d] help him find out a new fact.”

Zosel, who died March 19 at the age of 84, was a longtime member of the history museum, where employees and volunteers endearingly called Zosel “NA” — short for “Noted Author” — after Zosel published a book featuring postcards of St. Cloud.

“He had accumulated all of these cards,” Penick said. “So he made a coffee table book.”

Zosel also liked to golf and fish with his son, Sam. But his insatiable curiosity for local history kept him collecting postcards: first from his hometown of Wadena and then — when he ran out of Wadena postcards — from St. Cloud and Stearns County.

“He got into collecting postcards and it just grew. I don’t really know how this ever took off but it did,” said Mary Zosel, Harold’s wife of nearly six decades. “I had no clue he had as many postcards as he did.”

Mary Zosel said her husband was always a student. He joined the Navy when he was 17 because he wanted to see the world.

“After boot camp, they shipped him to Washington, D.C., right away. He had an office job,” Mary said with a laugh. Zosel then studied finance and lived in Alaska before moving to St. Cloud, where he then spent his career as an insurance agent.

“Parkinson’s is such an insidious disease. It took his voice. He could no longer carry on a conversation. His mind was so sharp but we could never discuss anything anymore,” Mary said. “That was like part of him died back then.”

Harold loved to share what he had learned by sharing tidbits from his book at museum presentations, talking history with his insurance clients and visiting collector shows with other postcard aficionados, including St. Cloud resident Jeff Thiessen.

Thiessen, 62, met Zosel two decades ago, before eBay stole the thunder from massive in-person postcard shows. Harold often talked of those days, including visits to national shows where collectors took over entire hotels.

“They’d leave their doors open to the hotel rooms and people would just go up and down the hallways, go into the rooms and buy and sell,” Thiessen said. “Harold always said that’s how all the cards got back to where they belong.”

In addition to his wife and son, both of St. Cloud, Zosel is survived by his daughter Katie (Craig) Sonnenfeld of Manhattan and brothers John and David. He was preceded in death by his parents, brother Chuck, an infant daughter and an infant son. A private celebration of life will be held May 15.