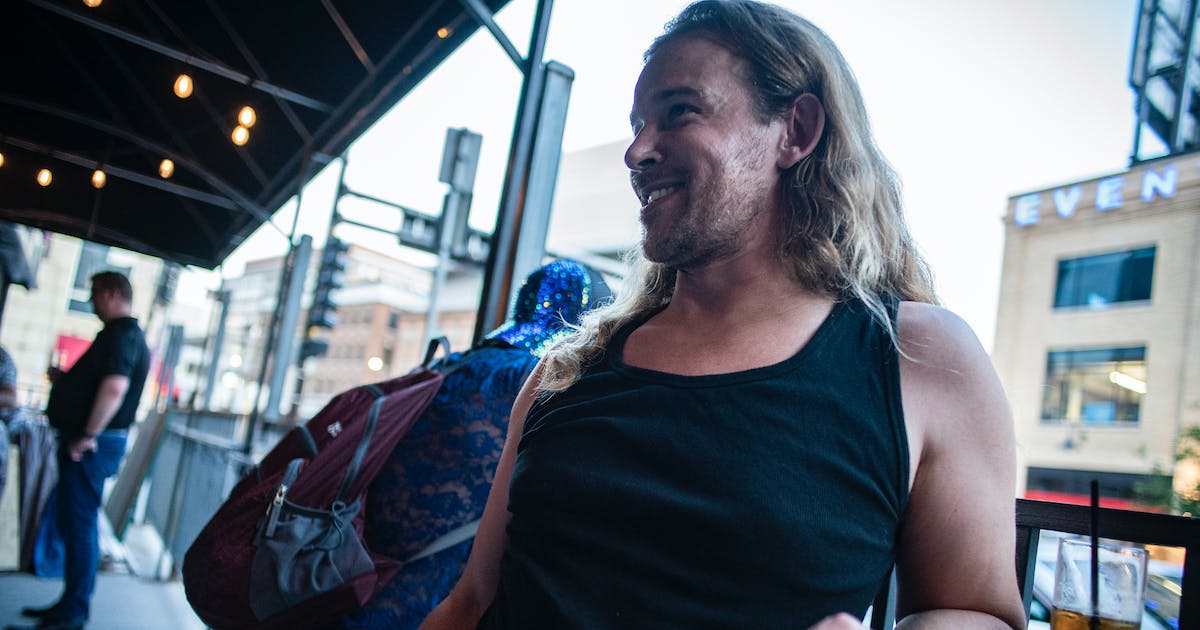 When Louis Lontz needs a little stress relief, he likes to step outside for a quick smoke break.

He knows smoking is harmful, he said, but in some ways the five-minute check-outs have helped him deal with life. As a gay man, he said he thinks that’s also true for other members of the lesbian, gay, bisexual and transgender community.

“I think sometimes it’s … our escape. I mean, we have to live in a very judgmental world,” he said. “You get to go out for your cigarette break and just walk away from a hostile environment.”

But now that he’s 40, Lontz, of St. Paul said he’s hoping to quit his longtime habit, which he believes was also influenced by stressful jobs including working as a paramedic.

A community-based nonprofit is eager to help. Called Rainbow Health, the group working toward equitable health care access and outcomes will be promoting tobacco cessation to the LGBTQ population this weekend at the Twin Cities Pride Festival.

Minnesota-based LGBTQ community members are more likely than the general population to use tobacco, according to Rainbow Health’s 2020 Minnesota’s Voices of Health survey; One third of all LGBTQ respondents said they smoke — more than double the state adult rate.

Transgender people are even more likely to smoke, said Rainbow Health’s Chief Executive Officer Jeremy Hanson Willis. Some communities of color in and outside of the LGBTQ community also have higher rates of smoking, he said.

The CDC cites studies showing that aggressive marketing plays a role in the disproportionate rates of LGBTQ smokers and that smoking harms nearly every organ in the body.

Tobacco companies “know that a lot of these communities are traumatized communities, who feel isolated and alone and turn to different chemical use to try to manage that for themselves,” Hanson Willis said. “They really understand and target those vulnerabilities.”

Additionally, members of the LGBTQ community are more likely to have mental or chemical health challenges that overlap with tobacco use.

“So when you have a population with historically higher rates of tobacco use, targeted by the tobacco industry, dealing with other overlapping health issues and barriers and fear of accessing health care – those are the reasons why this is a significant challenge for us yet today,” he said.

Rainbow Health has used different ways to combat the use of cigarettes and tobacco. At this year’s Pride festival, the organization will have space in the vendor area to share resources from Quit Partner, which is aimed at LGBT people looking to quit commercial tobacco. Rainbow Health also trains interns to do community work to encourage healthcare checkups.

“Far too many people don’t know about these resources. And so we work at a community-based level and with community-based media organizations to make sure that we’re getting the word out in our diverse LGBTQ communities,” Hanson Willis said.

Other health organizations will be on hand this weekend, too, including a coalition of organizations titled Minnesotans for a Smoke-Free Generation.

Jenny Song, the communications lead for the coalition, said this year’s booth is a first for Smoke-Free Generation. It will have ways for visitors to get involved in anti-commercial tobacco efforts politically as well as resources on how to quit.

“We as a coalition really believed that in order to succeed, we need to meet communities where they are,” she said. “We’ll be there providing information, education opportunities to get involved.”

Prevention has been traditionally more effective than quitting, said Anna Arkin, of the Minnesota Department of Health’s commercial tobacco prevention and control program.

“Nicotine is incredibly addictive, and it takes the average person multiple tries to successfully quit,” Arkin said. “Prevention is key.”

Rainbow Health was also an advocate for the June 23 Food and Drug Administration’s ban on Juuls, and it also has advocated for smoke-free Pride events.

Lontz, who started smoking at a party at age 15, has quit before. Around 2008, Lontz stopped smoking for five years after finding a book aimed at helping smokers.

“It worked really, really well. And then, I had a really, really stressful day at work when I was burnt out, and I started up just one cigarette and then it led to a bunch of others down the road.”

Now smoking has caused a shortness of breath and decreased his ability to run, he said.

While Lontz said he wants to quit, stress — political and personal — has prevented him from doing so. If he does decide to quit, he said, he plans to go on a vacation to help ease his stress and give him space just like a smoke break does.

“It is something I really want to do,” he said.