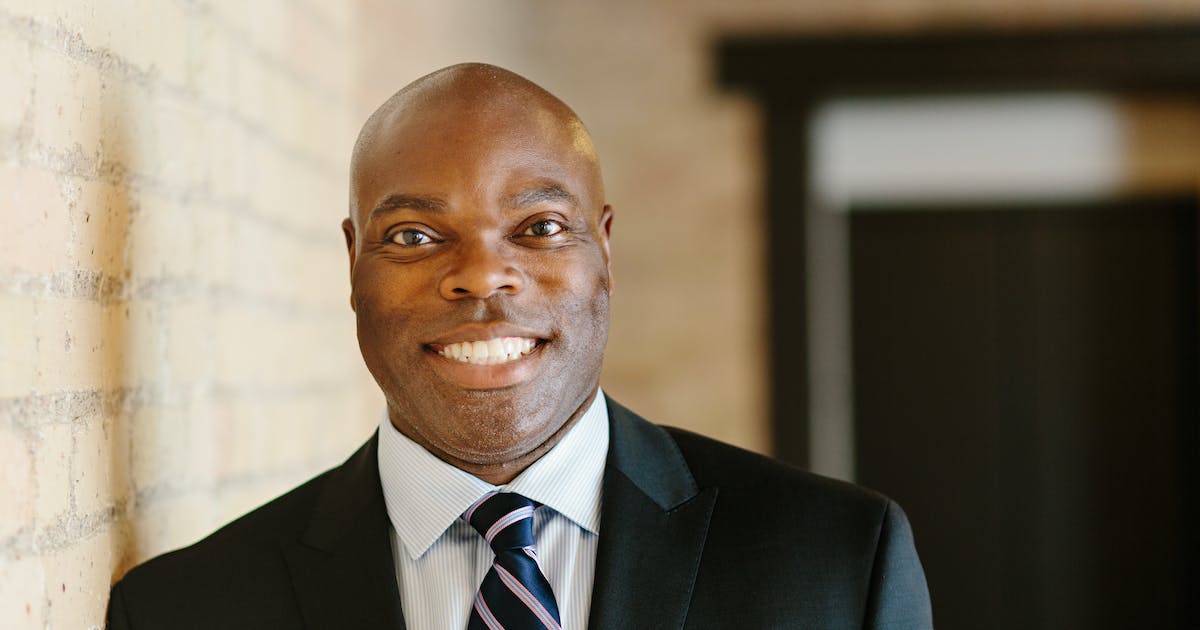 Despite holding a full-time government job for 18 months, Hennepin County Chief Public Defender Kassius Benson has continued to represent private clients, a practice that may be illegal.

Benson, who took office Jan. 1, 2021, had in his first year trials for private clients in federal and state court. Those clients were from his 17 years in the practice for which he still maintains a website.

As the county’s chief public defender, Benson has one client. He also oversees an office with the equivalent of 107 full-time lawyers on staff and more than 50 support staff. The public defender’s office represents criminal defendants who cannot afford attorneys.

“I understand the concern. I’m not running that practice. I’m content with what I chose to do,” Benson said in an interview, referring to his decision to step away from his small private firm to accept the $145,288-a-year job as chief of the state’s busiest public defender’s office.

The state’s top public defender backs him, but one legal ethicist and a union steward in the Hennepin County office said Benson is violating state law by continuing to work for private clients while running the office.

Minnesota law says chief district public defenders “shall devote full time to the performance of duties and shall not engage in the general practice of law.”

Bob Kolstad, union steward for the lawyers represented by the Teamsters Local 320 in the Hennepin County office, said Benson’s continued outside work “shows he’s not as 100% into the job as he claimed he would be.”

State Public Defender William Ward, who oversees all of Minnesota’s districts, said it’s ethical and prudent for a new chief public defender to wind down a private practice.

“It’s not as if he’s not resolving the cases,” said Ward, a former Hennepin County chief public defender. “The guy puts in a bazillion hours.”

Benson has more trials for private clients upcoming. One faces a jury trial on felony drug and firearms charges in August in Itasca County, and another is scheduled for pretrial hearings in Hibbing in St. Louis County in late July.

The Itasca County case stems for a September 2020 incident — about three months before Benson was chosen by the State Board of Public Defense to succeed Mary Moriarty as Hennepin County chief public defender.

The St. Louis County case involves a client cited for violating a protective order in October 2021. Benson said the case was attached to an earlier matter so he is continuing to represent the client, Thomas Creed Johnson.

Another private client faces a first-degree drug charge in Ramsey County in connection with an alleged incident in May 2021, but the man was only just charged this March. Benson said attorney-client privilege prevented him from divulging why he was representing Steven Zomerfelt on the charge.

Benson said he initially had hoped to be done with all his private clients within 18 months of starting the new job, but the pandemic has slowed the entire court system. He said he expects to wrap up his private clients in the next six months and that he is able to keep the work separate.

“The reality is I’m working all the time,” Benson said. “I don’t use any PD (public defender) resources. I’m very deliberate in making sure those things are separate.”

Ward agreed that COVID-19 extended the transition and expressed confidence in Benson’s ability to balance the demands of wrapping up a practice with his new job.

“The only person that should be concerned about that is me, and I have zero concerns,” he said.

Ward said other chief public defenders have needed a transition period to close down their private practices, including Doug Carlson, who was named as the chief in the 7th & 8th districts in central Minnesota in April. Carlson didn’t return a call seeking comment.

Schultz, however, questioned how Benson could ignore the law and said his work raises ethical questions about conflicts of interest, especially with the Ramsey County case.

“I can’t imagine a scenario where he would be compelled to take on a new case, so that’s suspicious to me,” Schultz said.

Taking the first two years of his four-year term to finish work for private clients, seems like “an awful long time,” Schultz said.

Kolstad said the full-time lawyers in the public defender’s office are prohibited by law from working with private clients so there’s a sense of a “what’s good for me is not good for thee.”

“It’s definitely a violation of statute for him to take new cases and it might be for him to keep old cases, but they’ve turned a blind eye to it,” he said.

Beyond the legality, Kolstad said the lawyers in the office are overwhelmed with work And managers telling staff that they must start working nights and weekends, he said, sends a message that “obviously this job is not as important for you as you’re requiring it to be for us.”

“I wouldn’t cheat this position,” he said. “This is something that’s near and dear to me.”