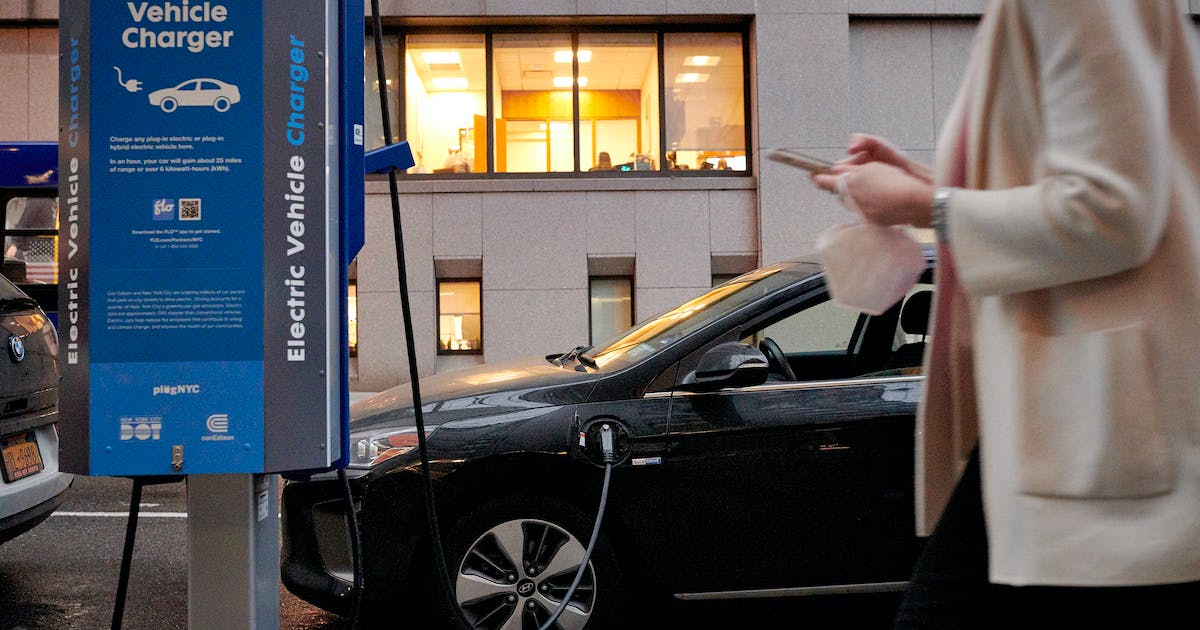 Hennepin County, Minneapolis and Duluth are part of a select handful of jurisdictions that will be meeting in the next few weeks with federal advisers for a first-of-its-kind climate change program.

The initiative is designed to help 22 communities take direct control of their clean-energy future, according to the U.S. Department of Energy. The communities will receive support from the department to create action plans that reduce local air pollution, increase energy resilience, lower utility costs and energy burdens, and provide jobs and economic opportunities.

Hennepin County will focus on a long-term plan to get electric cars and charging stations in Brooklyn Park and Minneapolis, especially in disadvantaged communities. Duluth’s proposal targets energy issues in the Lincoln Park neighborhood.

The program will enhance local efforts to reduce greenhouse emissions. Hennepin County has a goal to make its internal vehicle fleet 70% electric by 2030, and Minneapolis just announced the vendors for this year’s scooter- and bike-share program.

“We are one of the states spearheading climate change work,” said Diana Chaman Salas, the county’s director of Climate and Resiliency. “Having three communities in this program gives us leverage for future funding.”

The program, dubbed Communities Local Energy Action Program (LEAP), is part of President Joe Biden’s Justice40 initiative, an effort to ensure a large percentage of federal climate and clean energy investments go to disadvantaged communities. Each city and county had to submit a detailed proposal and meet specific criteria to be considered. Other communities chosen include New Orleans, Bakersfield, Calif., Lawrence, Mass., and the Iowa Tribe of Kansas and Nebraska.

“The president committed to making a historic investment in our clean energy future and environmental justice,” U.S. Secretary of Energy Jennifer Granholm said in a news release announcing the participants. “With today’s Communities LEAP announcement, we will use the power of the Federal government, the Department of Energy’s national labs and other experts to help our communities develop clear, actionable plans to reimagine their energy future and protect the health and safety of all residents.”

In 2019, renewable energy investments in the U.S. reached $55 billion and clean energy jobs paid 25% more than the national median wage, according to the Department of Energy. LEAP participants will work with the department and its network of technical assistance providers, government and non-governmental partners, community-based organizations, utilities as well as environmental justice, economic development, and equitable investment organizations to develop strategies for clean-energy economic development pathways.

Those strategies include energy-efficient buildings and beneficial electrification, clean transportation and enhanced mobility, carbon capture and storage, and resilient microgrids and energy storage.

Hennepin County’s submission also includes a formal partnership with a nonprofit based in Brooklyn Park called African Career, Education and Resources Inc. The partnership will start by reaching out to residents while also building a template for other communities to use. This will inform countywide planning efforts around transportation electrification and will also be brought to the Met Council and MnDOT, said Jessi Eidbo, the county’s senior climate change data analyst.

“This will help us engage better with communities facing barriers to public transportation,” said Salas. “We want this pilot to go beyond just gathering information. We want to reduce racial disparity on the climate issue.”

Minneapolis plans to use the federal technical expertise to set up at least a dozen mobility hubs, something the city has tested in the past two years. The locations will focus on areas of concentrated poverty and historic underinvestment such as north and south-central Minneapolis, said city mobility manager Danielle Elkins.

The hubs would be clusters on transit lines with Nice Ride docks and additional parking for bikes and scooters. They will also include signage making it easier to use different modes of transportation and find bike or electric car shares, she said. The missing piece now is engagement and education, she added.

Duluth and a Lincoln Park neighborhood nonprofit were also chosen for the program. The pilot focuses on Lincoln Park, a USDA food desert with older housing situated close to port operations, manufacturing sites and Interstate 35, which has one of the lowest life expectancy rates in the nation.

Lincoln Park is a microcosm of the area’s climate challenges, said Jodi Slick, CEO of Ecolibrium3. The energy decisions made now will be around for the next 50 years to a century, she said, so it’s important to make the right ones as they relate to climate impacts.

“There is so much our community and nation can learn” from the forthcoming work, she said.

The plan will involve creating jobs as much as it will address air quality and energy savings, said Mindy Granley, the city’s sustainability officer who will coordinate planning efforts.

People will need training to do this kind of work in a cold climate, she said.

“The elephant in the room on energy is how we heat our spaces — and we heat for nine months here sometimes,” she said. “It’s a big worry when you have older housing stock: How are we going to heat these homes more efficiently so we can transition away from fossil fuels?”