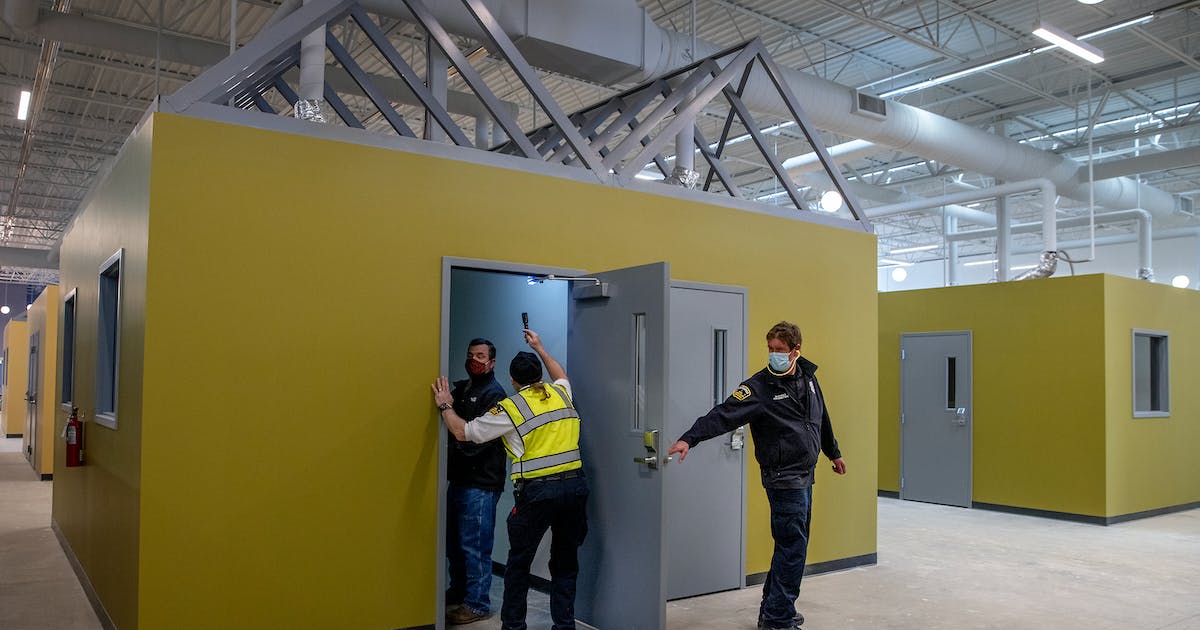 When COVID-19 hit, the U.S. government poured hundreds of millions in pandemic relief money into communities across the nation. Hennepin County took the opportunity to jump-start a gradual overhaul of its homelessness services.

Overnight shelters transitioned to 24/7. Some built out smaller-room sleeping arrangements with more privacy. Fees were eliminated. The low-barrier Avivo indoor tiny home village, which offers three meals a day and allows pets and substance use on site, opened in the North Loop. Homeward Bound, a culturally specific shelter with trauma-informed services and 100% Native staff, opened in Ventura Village. The county hired 26 case managers to transition people from the streets directly into housing without necessarily having to go through a shelter.

But as the one-time money from the American Rescue Plan and Coronavirus Aid, Relief and Economic Security Act runs out at the end of 2024, Hennepin County homelessness services are facing a $13 million-a-year fiscal cliff. Unless a sustainable source of replacement funding is found, local shelters risk sliding backward.

“We cannot go back to overcrowded overnight shelters,” he said. “We need to do what is working, and we need to sustain these efforts if we’re to avoid that West Coast scenario. But we do need support from the state and federal government, and that is a very real pressure. It’s just a couple of years out for us.”

Andrea Brennan, the city’s director of Community Planning and Economic Development, said the city and county have tried to stretch their federal stimulus dollars.

“These positions are fully funded for the next two years,” Brennan said. “We will assess needs at this time next year, and will consider making these positions permanent through either adding additional capacity through the 2024 budget or repurposing other positions that become vacant.”

As unsheltered homelessness in Minneapolis marched toward a crisis point with the sprawling Wall of Forgotten Natives encampment five years ago, the American Indian Community Development Corporation surveyed people choosing to endure living outdoors rather than use Hennepin County’s emergency shelters. Most said they had used a shelter before but would not go back, said CEO Mike Goze, because in the gym floor and church basement shelters of the time, they would wake up to find their shoes stolen, somebody else’s hand in their pocket, or worse.

“They felt they were unwelcome and weren’t safe,” Goze said. “The pandemic really made resources available, and one of the areas that really helped was the shelter system, not only for Native Americans, but for everybody.”

Local officials and nonprofits hope a $41 million bill moving through the Legislature, sponsored by Rep. Sandra Feist, DFL-New Brighton, would help them avert the fiscal cliff through 2027.

It includes $2 million a year to continue operations at Avivo Village in 2023, which would increase to $4 million in 2025; $2 million a year to sustain Homeward Bound; $4 million in 2022 to complete construction on a shelter and supportive housing building for Simpson Housing Services; and $10 million from 2023-2024 to complete construction on a small-room shelter in south Minneapolis for Agate Housing and Services, formerly known as St. Stephen’s and House of Charity.

The bill asks the state to step into the role of emergency shelter funding — something that historically has not fallen to state or federal governments, Hewitt said.

“During the pandemic, more services were able to move to 24/7 shelters, and this is something frankly that we’ve needed for a very long time, even before COVID,” said Paul Verrette, Agate’s director of advancement and community engagement.

“It’s more beneficial for people to go to 24/7 shelters when they’re employed and trying to maintain their employment or just to be able to find services. … Those enhancements need to stay in place. We still have a pretty strong homelessness crisis and without them, we lose a lot of the innovative tools that we know work.”

Without sustainable replacement funding for the COVID dollars that enabled it to open just one year ago, Avivo Village would not be able to continue operating the way it does now — with 60 staff providing 100 homeless adults with security, on-site mental health diagnostics, therapy and referrals to substance abuse treatment, said CEO Kelly Matter.

“While there’s not a [return on investment] on the cost savings of this model, and it seems like an expensive model upfront, I think the county and others recognize that it is saving money and lives in the long run,” she said.

Since opening, Avivo has served 271 people, all of whom formerly lived on the streets, and moved 65 into permanent housing.

“Any service like this, there’s always that looming edge. We’ve been involved in supportive housing for an awful long time and we’re used to it,” Goze said. “But when I look at the problem that we have here compared to Denver, Los Angeles, Seattle, Portland … we have a problem that we can manage if we choose to.”