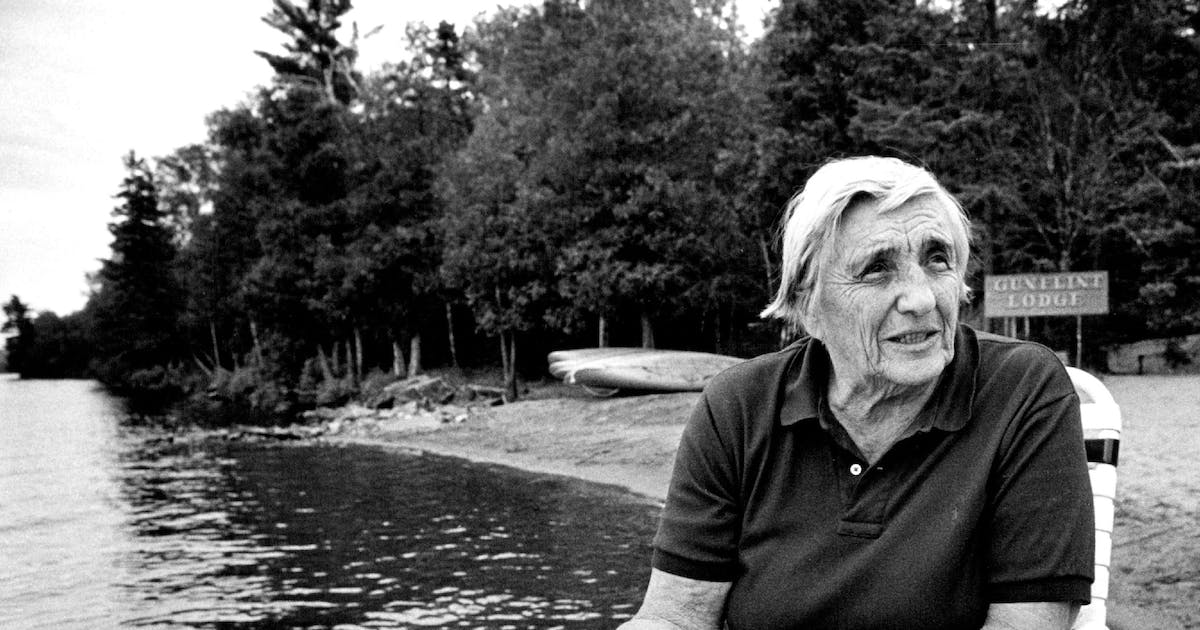 The building, part of the popular outdoor recreation resort set along the 57-mile Gunflint Trail, had housed massage services. No one was injured in the fire, suspected to be caused by an electrical issue, owner John Fredrikson said, but the building is a “total loss.”

Gunflint Lodge is a nearly century-old resort and outfitter on Gunflint Lake that faces Ontario, across the water. It opened in 1925, and Kerfoot and her mother bought it in 1927. Kerfoot, who died in 2001, lived in the cabin until the late 1990s, said her son, Bruce Kerfoot, who owned the lodge until Fredrikson and his wife bought it in 2016.

“The loss of that cabin grabs at my roots a little bit,” Bruce Kerfoot said Wednesday from his home in Missouri. “So much of my life revolves around it.”

His resourceful parents built the cabin out of aspen logs chopped down from their land, using their dog sled team to haul the lumber. Justine dug a basement with a pick and a shovel, using a sled dog to help pull out dirt. They developed a water system for indoor plumbing, installing the toilet in an open corner of the cabin.

“Mom and Dad didn’t put a partition around it because they were so proud of having the first toilet in the territory,” Bruce said.

Justine, who became a writer of newspaper columns and books sharing tales of life in the wilderness, also built the fireplace, made of the area’s gunflint stone. Bruce and his siblings were home-schooled at the kitchen table. He recalled early morning races to the heat register, warmth rising from the basement wood stove.

“That was just life in the forest for you,” Bruce said.

Bill Douglas, president of the board of trustees for the Chik-Wauk Museum and Nature Center at the end of the Gunflint Trail, called the burned cabin “a significant historic loss.”

“Justine was an icon on the Gunflint Trail,” he said, and through her written works she offered people a sense of what it was like to hunt, trap, raise a family and run a business in one of the most remote parts of the state. Many read her work, he said, and were inspired by her life.

The Kerfoots were among “the true pioneers that came up here in 1927 to start Gunflint Lodge,” Douglas said, and the cabin “was a representation of Justine.”

Fredrikson said they’re attempting to salvage what they can and will likely rebuild. The cabin is “central” to the lodge, he said.

“Everything on the property ties back to Justine,” Fredrikson said. “She was such a huge figure — I still talk to people almost every day who had met her.”