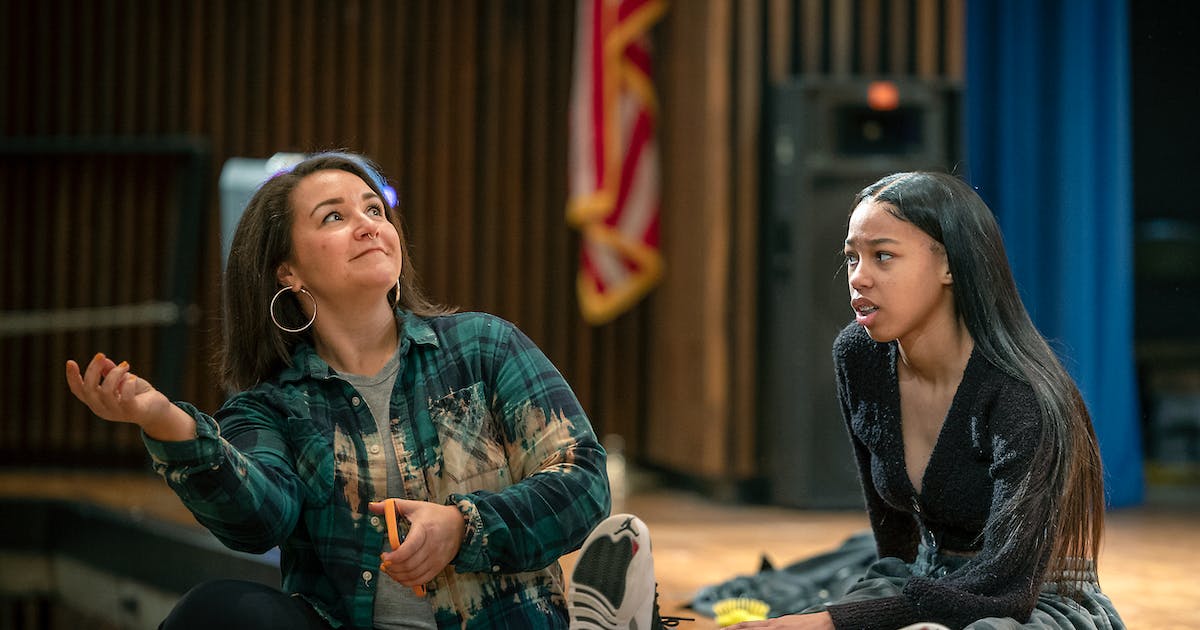 One of the first things Kara Noble noticed when touring North High School: pockets of teenagers dancing in the hallways in between classes, many of them copying moves from viral TikTok or YouTube videos.

“I turned to [Principal Mauri Friestleben] and said, ‘Something is wrong here — you obviously have kids who love to dance. So why are these kids not in the dance classes?'” Noble said.

During distance learning last year, enrollment in North’s dance classes had dwindled. One class had just two dancers. The program, once a pillar of the culture at North, was in need of a revival — one Noble set out to choreograph.

Since she took over as North’s dance teacher this school year, the number of students in the classes has soared. Next year, she’ll lead a class for students who want to perform for the school and community.

“Kara came in with no prior relationships with these students and within weeks, she’d doubled and tripled her course requests,” Friestleben said.

By the middle of the year, student interest in dance was up even more. Some students had years of dance experience, while others had none at all. Friestleben said Noble bonds with all of them.

“So much about teaching is intangible,” Friestleben said. “It’s the energy you bring, the tone in your voice and the look in your eye. That’s what connects to a kid. And Kara gets that.”

Quintin Melton, a senior in Noble’s morning class enrolled in the class to fit an elective requirement, but it quickly became one of his favorite courses.

“[Noble] is just a chill teacher who really cares and has a lot of fun with us,” Melton said. “Somedays, I get to school feeling like I want to do nothing, but then I come to dance and she motivates me.”

Noble, 37, lives in north Minneapolis. She didn’t receive formal dance training until college, learning instead through local classes and observation. In her late 20s, she studied at the Hip Hop Conservancy in New York, and three years ago, she received her master’s degree in dance and theater education. Still, she said she didn’t think she’d end up landing a teaching job at North.

At North, Noble set modest goals: get students to envision themselves in dance classes and tap into students’ enthusiasm for the latest dance trends they were seeing on their phones or in their own lives.

“I’m a white, middle-aged woman so I wanted to be sensitive to whatever culture and community already existed here,” Noble said.

Her first lessons focused on hip-hop moves and different styles from the African diaspora. Then Noble taught a unit on TikTok dances, which included discussion about how such viral dances can both inspire movement and limit creativity. The students also talked about the importance of social media and dance challenges as a way to connect during the pandemic.

One of the signs in the dance studio — which Noble repainted and decorated with a string of lights to feel more welcoming — reads, “Movement is Medicine.”

“The hardest thing is that these kids carry trauma from [the pandemic] and there’s a whole other level of trauma on the North Side,” Noble said.

This year has brought new waves of grief to the North High community, including the death of 15-year-old Deshaun Hill Jr., the school’s quarterback, who was shot and killed in February.

In recent weeks, the campus also absorbed the shock of learning that Friestleben was put on administrative leave. Days later, the district announced she will remain as principal through the end of the school year.

“Trauma lives so much in the body,” Noble said. “So it was a bit of a challenge at first to get students to want to move their bodies. That’s what makes it so much more special to see this level of participation.”

Sophomore Maddie LaScala said dance class is the time of day when she can be creative when she’s learning new dance styles like tap, salsa, belly dancing and Bollywood.

“I use dance to really get out my feelings,” LaScala said. “Dance is a reason that it’s still fun to come to school after everything we’ve been through.”

These days, students still are replicating TikTok dances in between classes, but now they gather in the dance studio to do so. That’s created its own problem, albeit a sign that Noble has exceeded her goal of attracting more students to the space.

On a recent afternoon, she had to usher out a dozen or so teens gathered in front of the studio’s mirrored wall. “If you’re not in my class,” she said, “please go to your own.”