How the pandemic has changed Twin Cities freeway traffic 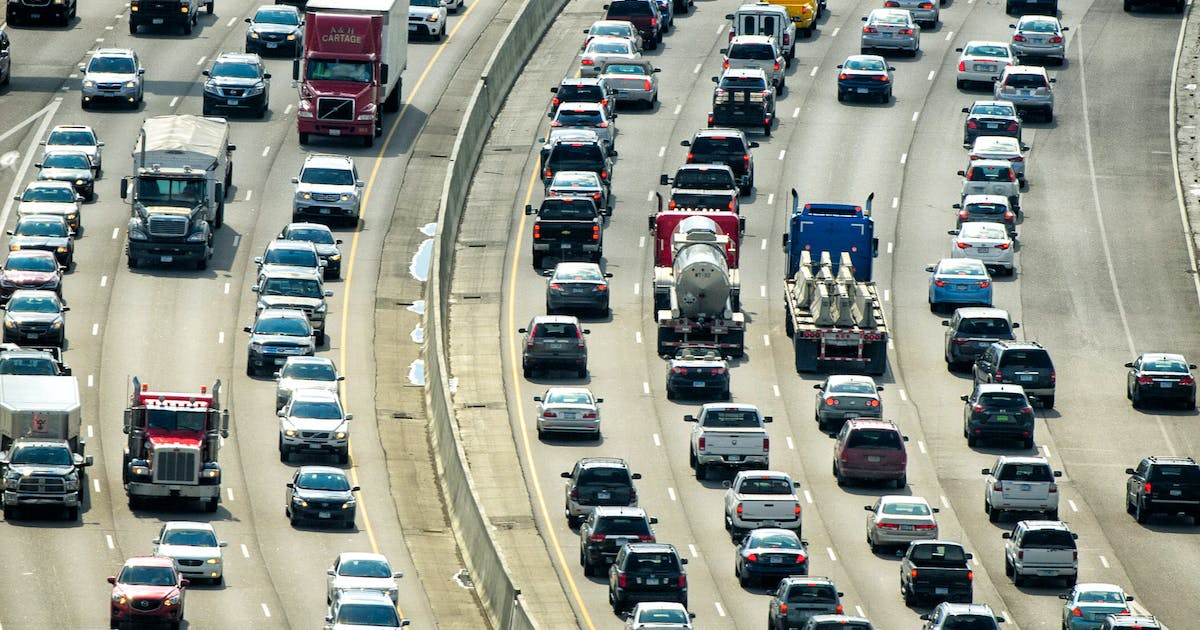 Rush hour for metro commuters is at least 15 minutes shorter than it was before the COVID-19 pandemic, and weekend travel has not yet returned to historic levels.

For drivers, this means fewer delays and less time sitting on a congested freeway, and it’s also helping the environment.

“A lot of travel trends have probably changed just in the last couple of years because of the pandemic and teleworking,” said Brian Kary, MnDOT’s director of traffic operations. “People are taking their trips at different times of the day.”

Shortened rush hours mean cars are not sitting on the road for as long, which can help reduce air pollution, Kary said.

Looking at three of the metro area’s major interstates over the course of the pandemic — I-94, I-35W and I-35E — morning rush hour has shortened anywhere from 15 minutes to an hour, depending on the interstate.

Differences in travel patterns among roads depend on the regions those roads serve and the type of commuter traffic.

Roads serving those with office jobs will show a greater decrease because of teleworking. Those serving areas where there are more manufacturing or other jobs that can only be done in-person may not see as much of a change, Kary said.

Before the pandemic, morning rush hour on I-94 began around 6:30 in the morning and ended around 9:15 a.m. It now starts around 7 a.m. and lasts for two hours. That’s a difference of 45 minutes.

Before the pandemic, evening rush hour on I-35W began around 2:45 p.m. and lasted for about three hours. Now, it starts 15 minutes later and ends around the same time.

The morning rush hour peak is also 15 minutes later now than what it was before the pandemic on some roads, including I-94 and I-35W.

These small 15-minute changes can make a difference, Kary said.

“We are seeing more of a spread, and that could actually help commuters over time,” he said. “It can make a pretty big difference in terms of reducing congestion.”

Spreading out the time when commuters hit the road rather than everyone leaving at the same time means roadways do not reach their capacity. This results in less traffic congestion and delays, he said, and a good way to help manage traffic since there is not enough money to “build our way out of congestion.”

“This is an opportunity to utilize the system we’ve got as best as we can because we’re using it more efficiently and not trying to build toward that peak hour traffic but rather spreading that traffic around to better utilize the capacity that we do have,” he said.

Weekend traffic also remains lighter than before the pandemic, but this is more pronounced in certain areas.

Kary said MnDOT used to see a lot of traffic between the two downtowns on the weekend because more people went to restaurants, bars, entertainment venues and sporting events before the pandemic.

“I think as we start to see those come back, we’ll start to see some of that similar destination of downtown on the weekends like we did in the past,” he said.

Before the pandemic, transit ridership typically peaked on weekdays at 8:30 a.m. and 5 p.m. during rush hours, he said. As more people work from home, ridership is lower and spread throughout the day, with less pronounced peaks.

Metro Transit ridership is down about 50% compared to pre-pandemic levels. Ridership has risen since the beginning of the pandemic, when it was down about 70%. Harrington said the bulk of the returning riders are on the local bus and light rail lines.

Ridership on commuter express service is still down 90%, though, because those routes serve suburban residents traveling downtown, typically for work, he said. Metro Transit has scaled back its commuter service by about one-third of what it was before the pandemic.

Data on what share of people are still teleworking is hard to come by. A year ago, about 40% of households in Minnesota reported at least one adult was working remotely because of the pandemic, according to the U.S. Census Bureau’s Household Pulse Survey. In July 2021, which is the last time the Census Bureau asked this question on their surveys, this had dropped to about 30%.

“As we talked with employers in downtown in particular, their employees are asking when are we going to have more service than we’re providing now,” he said.

Monitoring travel trends is useful beyond tracking rush hour. The data can also be used to track human behavior and as a way to model what traffic could look like in the future, said Ashley Asmus, a data scientist at the Metropolitan Council.

At the start of the pandemic, the council was using freeway travel data as a rough gauge of whether a majority of people were adhering to stay-at-home orders, Asmus said. Now, the council uses it to measure economic recovery.

The council can also use travel data to predict future traffic trends, though “it’s more difficult to predict anything with COVID, climate, civil unrest,” she said. “It all affects our daily lives, and our daily lives affect how much travel we’re doing. “There’s a lot of uncertainty right now.”

Maia Irvin is a University of Minnesota student on assignment for the Star Tribune.