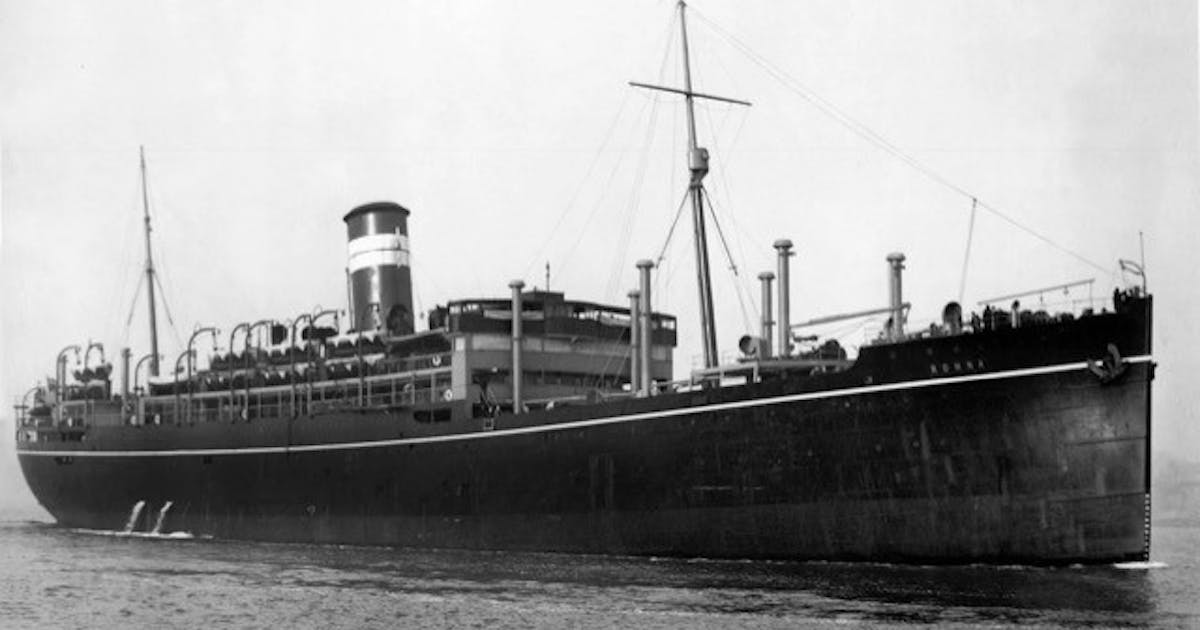 When word came in early 1944 that Army Air Corps Cpl. Ervin Curtis Eidem had gone missing in action in the Mediterranean Sea, his wife, June, held out hope in Minneapolis.

“He was a strong swimmer and she thought he’d just show up,” said June’s daughter, C.J. Wanser. “Maybe he was injured and didn’t know how to get home.”

Just 21, Eidem had gone from South High School in Minneapolis to a job at Northwest Airlines and then into the service during World War II. He vanished 12 months later on Nov. 26, 1943, when a remote-controlled German missile and sank his British troop ship, the HMT Rohna, after it left Algeria bound for Egypt.

Nearby Allied ships rescued more than 800 men from the Rohna. But the ship had insufficient life boats and defective preservers, and the death toll climbed to 1,138, including 1,050 Americans. It’s considered the single deadliest U.S. naval loss in WWII, and Eidem was one of nine Minnesotans killed in the attack (a list of those lost can be found at tinyurl.com/MNonRohna).

But little was said about the Rohna disaster. The Nazis’ radio-controlled missile was the first of its kind, and U.S. government officials figured that keeping the attack a secret would protect Allied troop morale.

“Both the U.S. War Department and the British War Office swiftly classified the attack, commencing what some believe was a cover-up campaign,” according to Jack Ballo, a New Jersey filmmaker who is wrapping up a documentary titled “Rohna: Classified” (RhonaClassifed.com).

Ballo sifted through a box of 75-year-old family letters to piece together the overlooked WWII sea disaster. His website includes a trove of information from relatives of those who perished that day in the Mediterranean.

“Most of the bodies of the soldiers were never recovered,” Ballo said. “There were no funeral services or burials — the boys just never came home.”

It wasn’t until the 1990s that the federal government “grudgingly released” documents about the Rohna disaster and dropped the “veil of secrecy,” according to the Rohna Survivors Memorial Association website, www.rohna.org.

“The story of the men who tragically died on the Rohna and those who survived was left untold, unacknowledged and unremembered,” Caitlin McHugh wrote in a 2011 Cornell (University) Historical Society journal.

June Eidem, who remarried a few years later, died in 2009 without having learned what had happened to her first husband.

“It’s really a shame that once it became open knowledge in the 1990s the government didn’t go out of its way to connect with families,” said Wanser, 69, who lives in Mission Viejo, Calif.

June and Ervin married in Los Angeles in 1942 and had a baby boy named Erv. Wanser said Ervin Eidem held his son just once before he died. “It’s so sad,” Wanser said. “They were so young.”

June had three daughters with her second husband, but little Erv died of polio in 1952.

“The Rohna disaster was hushed up,” John Lienhard, a retired University of Houston engineering professor, said on a public radio series called “the Engines of Our Ingenuity,” which dedicated an episode to the Rohna (tinyurl.com/RohnaRadio).

“Its survivors were bundled off to the war in Asia without so much as the chance to grieve,” Lienhard said. “We at home didn’t hear about it at all.”

The Rohna was sailing in a 24-ship convoy when 30 Luftwaffe bombers came out of nowhere. Two waves of bombers failed to make direct hits before one circled back and unleashed a missile called a glide bomb, which tore a massive hole in the Rohna’s port side at more than 500 mph.

“The images of burned and damaged bodies are a horror that will remain etched on survivors and rescuers alike,” Lienhard said in the Rohna episode. “One of the least known weapons of World War II has just inflicted the greatest American death toll on any ship that went down.”

He said glide bombs, first experimented with in World War I, were designed with stubby wings to strike the side of a target instead of dropping from above. A rocket booster helped the 1,100-pound bomb elude enemy fire. Several countries worked on glide bombs, he said, but “the Germans were first.”

The U.S. and Japan soon developed their own glide bombs. Once Germany lost control of the air over Europe, its remote-controlled missiles were less threatening.

“The cold waters of the Mediterranean closed over that terrible November day,” Lienhard concluded. “Rohna went down, and we in America never knew. Secrets had to be kept. And a war had to be won.”