In Hudson, Wis., a typo of big-box proportions 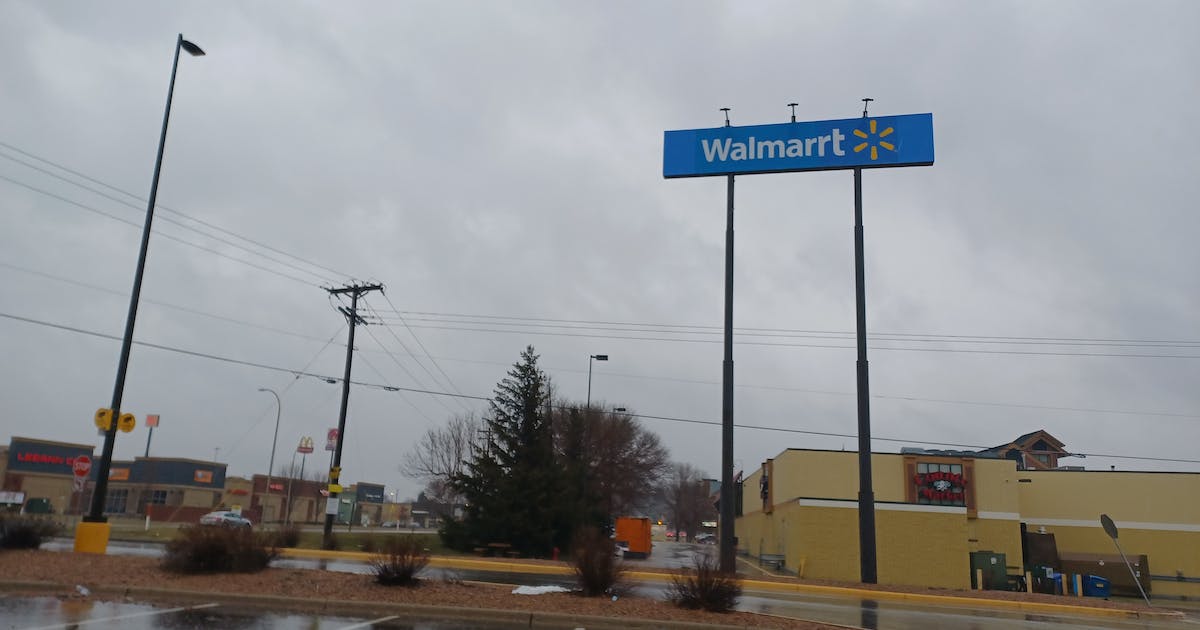 A giant sign standing over a busy strip mall near the freeway in Hudson, Wis., might not be the worst place to misspell something, but it’s probably close.

For all 15,000 city residents to see, the Walmart sign at 2222 Crest View Drive spells the company with an extra ‘r,’ or Walmarrt, on one of its two sides.

The typo has been up for a few weeks already, judging by online comments at Reddit.com’s “mildly interesting” discussion group.

“That’s where the Pirates shop,” said someone going by the handle “pans-hand.”

A manager for the Hudson Walmart store said he wasn’t authorized to speak to the press. A follow-up e-mail to the Walmart headquarters wasn’t immediately answered Wednesday evening.

The commercial building inspector for the city of Hudson, David Gray, said he suspects that a sign installer overlaid a new sign over the old Walmart sign and, at some point, a portion of the new sign fell off to reveal the old ‘r.’

Probably not pirates, it turrns out.