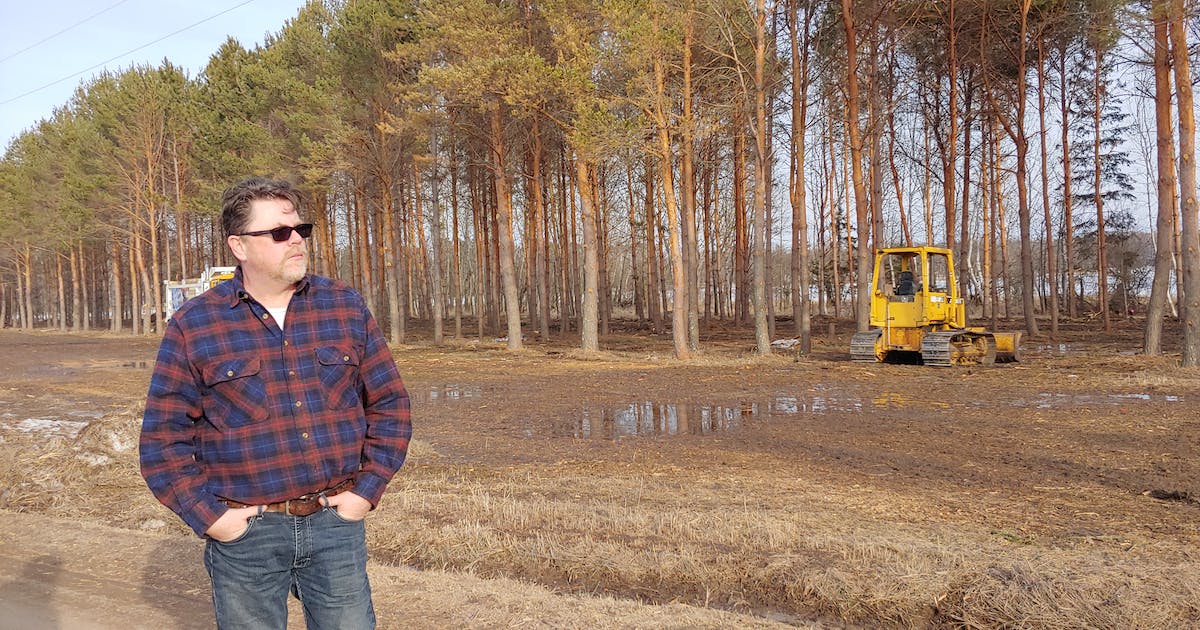 AITKIN, Minn. — Cabin owners on Gun Lake are worried about invasive species — especially the kind that arrive in an RV.

A proposal to build a lakeside campground about 12 miles northeast of this central Minnesota town has galvanized hundreds of residents — on both sides of the issue.

While cabin owners express concerns about noise, pollution and ecological damage to the small lake, supporters of the campground say that Minnesotans should be able to enjoy the state’s lakes even if they can’t afford a cabin.

As the Aitkin County Planning Commission debates whether to grant the campground a permit, dozens of cabin owners — many with ties to Gun Lake for generations — have written letters to the commission opposing the proposal. Meanwhile, the local family seeking to build the campground gathered more than 160 signatures on a petition in support.

“[Campers] have no responsibility,” said Scott Nelson, a local cabin owner and a leader of the Gun Lake Environmental Alliance. “They come and they go. Cabin owners invest in the lake.”

“A lot of people can’t afford a cabin, but they can afford a weekend at a campsite,” he said. “We’re providing a seasonal place for people to come, and that’s what [cabin owners] have. They just can afford to own it, versus renting it.”

The campground issue has heated up in western Wisconsin, where developers are aggressively building large campgrounds in places such as Burnett County, a favorite vacation spot for Twin Cities residents.

In several instances, Burnett County cabin owners have banded together to buy up land and keep it out of the hands of campground developers.

The Aitkin campground isn’t on that scale, and the developer is a family with deep roots in the area. That’s helped some supporters of the proposal feel comfortable with it.

“I’d rather have this family running this campground,” said Roger Vogt, a retired potato farmer who lives about a half-mile from the site. “If you sell it to a developer with deep pockets, see what happens.”

But the family’s deep roots also have led to charges of special treatment. Dave Ruud, Hagel’s father-in-law, is chair of the Fleming Township Board, which is making plans to repave Gun Lake Road, the only access to the campground site.

“All along, it’s been the good ol’ boy club,” Nelson said. Questioned by residents at a recent township meeting, supervisors said the repaving has been planned for several years and has nothing to do with the campground proposal.

“This plan was rushed through,” said Steve Massey, who owns a cabin and whose wife’s family has been in the area for decades. “This is a serious impact on the lake, and we need someone who’s serious about it.”

Massey and Nelson cited increased boat traffic, pressure on the fish population and the potential for invasive plant and aquatic species as issues of concern.

The lake already has been infested by curly-leaf pondweed, Nelson said, and the Gun Lake Association has been making progress in controlling it after a yearslong fight. The lake so far has been free of zebra mussels, but cabin owners worry that campers could bring them in.

There are other lakes in the area, such as Big Sandy Lake, that are already more commercialized and heavily trafficked. It would be better for the county to encourage campgrounds on those lakes, said Stephanie Nelson, Scott Nelson’s wife. With fewer than 150 cabins and less than 500 acres of fishable water, Gun Lake is a quiet refuge.

That’s exactly why Gun Lake is a good spot for a campground, Hagel said.

His campers, he said, would be “families that typically want to get out of the Cities and get out of the hustle and bustle of that life. Go to a campground where it’s quiet and you have freedom. You can go for a walk, throw a fishing lure off the dock. Have a campfire, roast marshmallows.”

The campground also would be good for the Hagel family. Hagel’s daughter, Megan, an Army medic, is leaving the service and “is looking for something to do with her life,” he said. She wants to come home and manage the campground.

Hagel, who lives in Onamia, Minn., said the project also would give him and his wife a chance to spend more time with her parents and help on their farm.

Hagel said he’s done everything asked of him by the county and other agencies to prepare for building in the low-lying area, which carries many wetland restrictions. Hagel added that he’s been the target of attacks on social media.

“It is definitely discouraging,” he said. “But we’re a strong family and have a lot of supporters locally.”

Opponents will keep pressure on the Planning Commission and the Aitkin County Board of Commissioners, Nelson said. But he fears it’s a done deal.

“I don’t think we can change this,” he said. “But I would like other lakes and associations to be aware that this could be coming your way, and you better prepare for it.”

The Planning Commission has scheduled its next hearing on the campground permit for April 18.