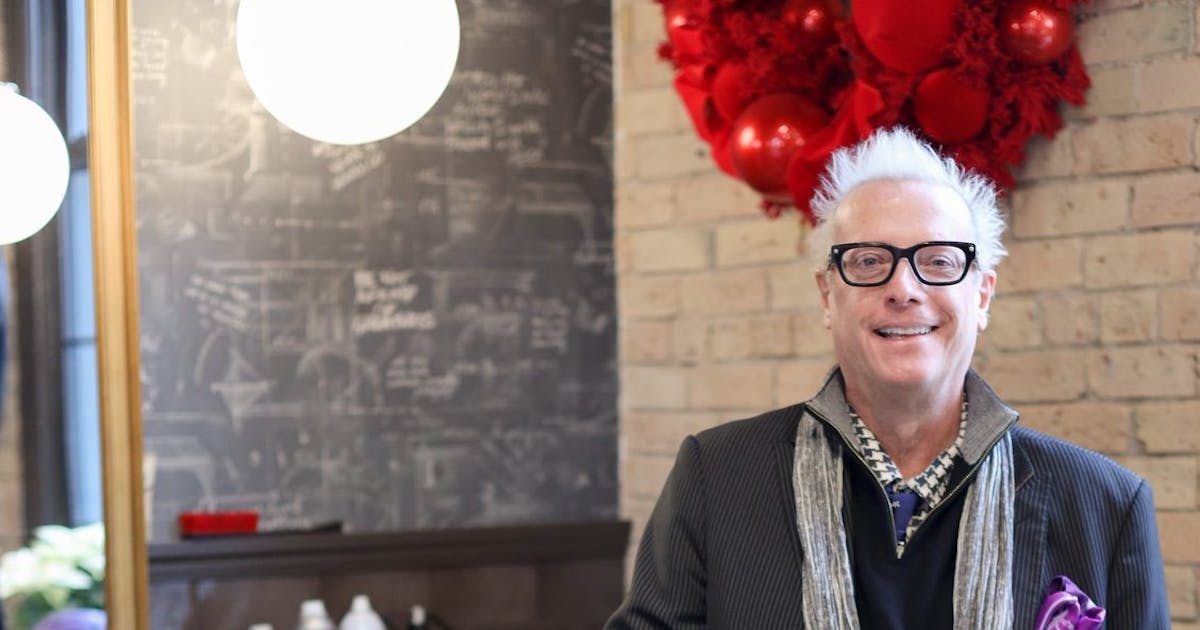 Hairdresser Jon Charles Pfau was once the talk of the town for his Blow Dry Bootcamps, teaching women how to tame their locks into a smooth, glossy style.

His eponymous salons in Uptown and Wayzata closed in recent years and he partnered with the MartinPatrick3 boutique and created Marty’s Barbershop in the North Loop.

On March 16, Pfau, 57, died of natural causes after a series of health challenges, his wife said.

Jill Pfau, his wife of 33 years, described him as someone who had it all: a son and daughter, two young grandchildren he adored, many proteges whose careers he had nurtured and, as someone who loved women, a profession built having fun around them.

“If you talk to anybody who knew him, everybody loved him, everything about him,” she said. “He was the most caring, giving man I ever met in my life.”

Many echoed his wife’s admiration on social media and other online tributes. A celebration of his life was held April 7 at the Medina Ballroom, where attendees were told to feel free to wear a rock ‘n’ roll T-shirt, a scarf or something orange in his honor.

The hairdresser was an innovative marketer, “colorful, effusive, and always full of new ideas,” said Martin Keller, a publicist for his salons.

Pfau came up with a promotion during the 2008 financial crisis to cut the price of a service by the same percentage lost in a customer’s 401(k).

“That was a wildly successful campaign he did,” Keller recalled. “It even made the evening news with Katie Couric.”

After a great haircut during his teen years, Pfau decided the beauty business was the right career for him. He never looked back.

He was a manager for Rocco Altobelli salons for nine years, starting in 1984. Then, Pfau began Urban Retreat and ran it for eight years, after which he launched Schmitty’s men’s salons.

He even did a stint in corporate America from 2001 to 2006 as the artistic director for Best Buy’s former Eq-Life brand, spa salons and products intended to attract female shoppers.

The first Jon Charles Salon in Uptown opened in 2006. A Wayzata location followed in 2009. His “Euroshine Blowdry” was popular at the salons, and he offered a speedier cut and color service of 1½ hours vs. three to cater to busy women.

As Uptown’s retail environment changed, Pfau sold the salon in 2018 and put his focus on the Wayzata location, his wife said.

Then came the pandemic shutdown. The Wayzata salon closed in 2020 after he attempted to reopen at limited capacity to meet COVID-19 guidelines. The salon couldn’t drum up enough business to offset rent and other expenses as many regulars also quarantined out of town or were too nervous about the virus to book services, Jill Pfau said.

Before the pandemic began, Pfau had fallen and suffered a major shoulder injury, his wife said. He sometimes worked on longtime customers at Marty’s and would then ice his shoulder at home, she said. He found he was no longer able to do hair for hours on end.

She recalls he still delighted in the weekly visits from their young grandchildren as he pondered the future.