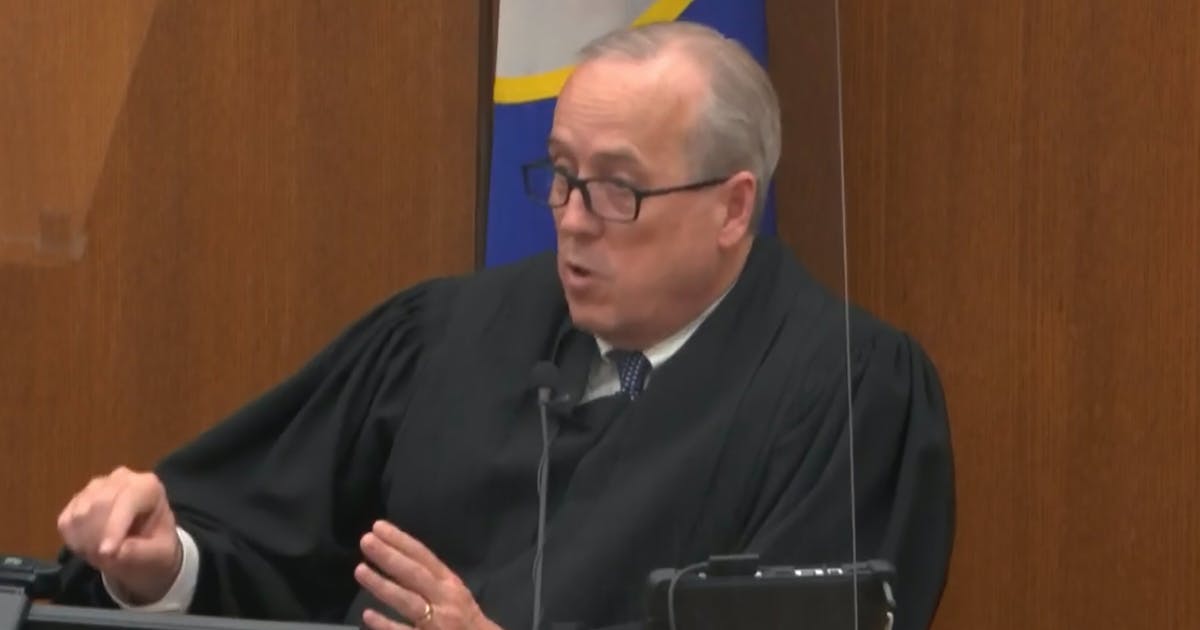 The upcoming trial of three former Minneapolis police officers charged with aiding and abetting George Floyd’s murder will not be livestreamed.

Cahill, who one year ago allowed the broadcasting of the trial of former officer Derek Chauvin, said public health circumstances are “materially different” heading into this next case. “There simply is no longer … the prospects of manifest injustice upon which this court relied in ordering livestreaming of the Chauvin trial,” he wrote.

The judge’s order rejects the arguments from prosecutors and a coalition of media organizations that more transparency in the high-profile case is necessary to boost public confidence in the legal process. Leita Walker, attorney for the media coalition, which includes the Star Tribune, also argued that the possibility of another a spike in COVID-19 cases makes it uncertain whether the public and reporters will be able to exercise their First Amendment rights to watch and report on open court proceedings.

“It is deeply disappointing that thousands of people interested in this important trial won’t be able to watch it,” said Walker. “The court’s decision is based on its view that, with the world returning to normal after the pandemic, it must revert to Supreme Court rules that require everyone involved to consent to cameras before they are allowed. The defendants don’t consent. Our Supreme Court needs to change the rule. They are working on it. I wish they could have worked faster.”

Minnesota law prohibits visual or audio broadcasting of trials. During the COVID-19 pandemic, judges made exceptions in two high-profile trials of former police officers — Chauvin and Kimberly Potter — citing the need to balance emergency health restrictions against high public interest in an open trial. More than 18 million people tuned in to see the reading of Chauvin’s guilty verdict — a landmark case of a jury convicting a police officer of murder for an on-duty killing.

In a pretrial hearing earlier this month, Cahill called the unusual public access via livestream to the Chauvin case a success. But the right to attend an open trial is “not unlimited” per the law, he wrote in this week’s order.

“While the right of the press and public to attend criminal trials is sacrosanct and carries with it the right to report what has occurred during a trial, that right does not include any right to televise the trial,” Cahill wrote.

Kueng, Lane and Thao were convicted in federal court in February of violating Floyd’s civil rights and causing his death. They have not yet been sentenced for that conviction.

The process of selecting an impartial jury will begin June 14, said Cahill. Opening arguments are slated for July 5.

Under Cahill’s order, only two journalists will be allowed in the courtroom during the trial. Others may watch from at least three overflow rooms that will be set up on a different floor of the government center.

A limited number of Floyd’s family members, the three former officers and spectators may also attend the in-person proceedings, Cahill said. The 18th floor will be closed to everyone else.

Attorneys for all three defendants opposed the request to livestream the proceedings in a pretrial hearing earlier this month. Thomas Plunkett, attorney for Kueng, said witnesses behave differently on camera.

“Do we want to be in the show business or the justice business?” he asked Cahill.

Prosecutors argued in favor of broadcasting, saying prohibiting a livestream after allowing one during Chauvin’s trial could harm public confidence in the process. “In the public’s mind, this trial and Chauvin are linked,” wrote Matthew Frank, assistant attorney general, in a motion. “If this court eliminates audio-visual coverage at this late hour, the broader public may receive the unintended message that they no longer have the right to observe proceedings.”