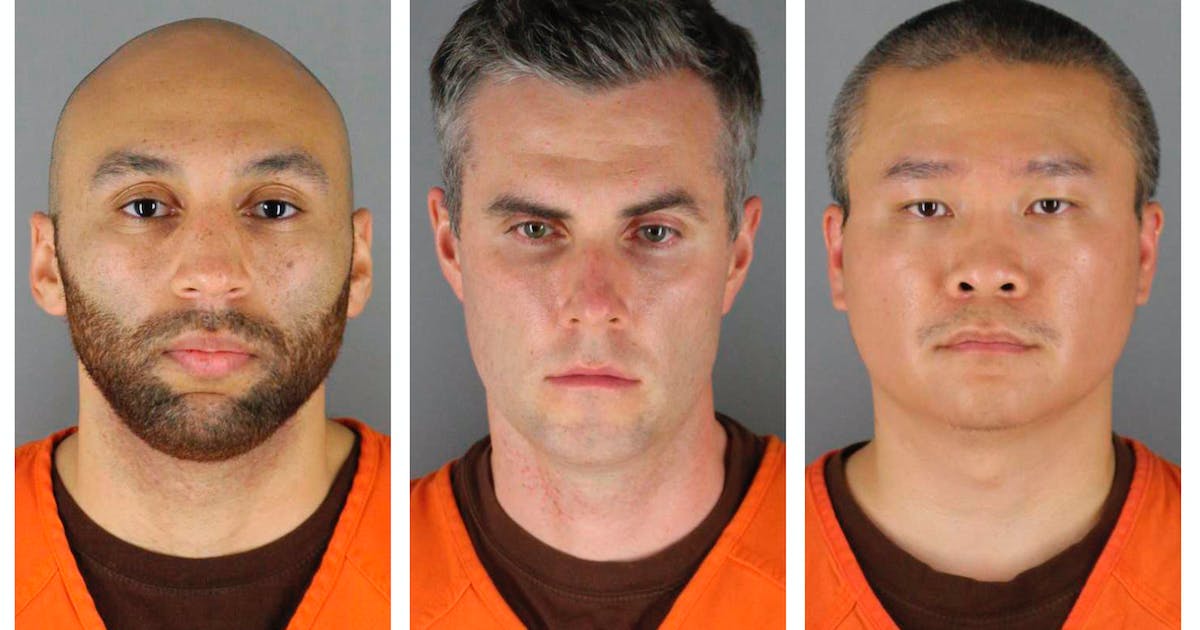 A Hennepin County judge said he’s unsure whether state law will allow him to permit cameras in the courtroom for the upcoming trial of three former Minneapolis police officers charged in connection to George Floyd’s killing.

Minnesota law prohibits visual or audio broadcasting of trials. But during the COVID-19 pandemic, judges made exceptions in two high-profile trials of former police officers — Derek Chauvin and Kimberly Potter — citing the need to balance emergency health restrictions against high public interest in an open trial.

With COVID-19 cases now on the decline, Judge Peter Cahill said Monday he doesn’t believe the statute still gives him discretion to permit livestreaming in the trial of J. Alexander Kueng, Thomas Lane and Tou Thao, scheduled to begin June 13.

“COVID-19 is less of a pandemic and more of an endemic issue now,” Cahill said at a pretrial hearing. He said he will wait for the Minnesota Judicial Council to meet and discuss the issue later this week to render his decision.

Kueng, Lane and Thao were convicted in federal court in February for violating Floyd’s civil rights and causing his death. They have not yet been sentenced for that conviction.

Prosecutors on Monday signaled that a plea deal is unlikely in the remaining case, as was speculated after the guilty verdict in federal court. Assistant Attorney General Matthew Frank told Cahill he sent a plea offer to the defendants on March 22, though he did not specify in open court the terms.

“The offer had a deadline,” said Frank. “That deadline has passed.”

“This case sits in a class of one …,” wrote Frank in a motion. “In the public’s mind, this trial and Chauvin are linked. If this court eliminates audio-visual coverage at this late hour, the broader public may receive the unintended message that they no longer have the right to observe proceedings. Worse still, the public may wonder what changed to limit their access and potentially lose confidence in the process and its outcome.”

A coalition of media organizations covering the trial, including the Star Tribune, filed a motion supporting allowing cameras in the courtroom. Attorney Leita Walker said the “experiments” of livestreaming the trial for Chauvin and Potter both “meaningfully enhanced the press and public’s First Amendment right of access to the criminal justice system without jeopardizing the defendants’ Sixth Amendment fair trial rights or in any way distracting from the solemnity of the proceedings.”

In court, Walker said it’s impossible to predict whether COVID-19 cases will rise again by June.

Cahill agreed livestreaming the Chauvin case was a success, and said he believes cameras in the courtroom should be “presumptive.” But he said the law doesn’t give him discretion to make that decision.

“Do we want to be in the show business or the justice business?” he asked Cahill.

Plunkett also said he disagreed that allowing streaming for Chauvin’s trial was a success, saying the publicity resulted in Chauvin’s attorney, Eric Nelson, being “besieged” by so many negative e-mails that he “couldn’t use his e-mail to communicate with his staff.”

The three defense attorneys also asked Cahill to sequester the jury during the trial, meaning jurors would be isolated during the proceedings to avoid outside influence.

Prosecutors asked Cahill to only partially sequester the jury, as he did during the Chauvin trial, meaning jurors would be kept anonymous and escorted to and from the courtroom to avoid “highly prejudicial matters.”

Robert Paule, attorney for Thao, said attorneys for Floyd’s family are “masters” of persuading the media to push their message, and one-sided news coverage could influence a jury if not sequestered.

“We want a jury deciding this case based only on facts presented in the courtroom,” he said.

Cahill said he will rule on the livestream and sequestering issues at a later date.