Juneteenth not an official University of Minnesota holiday, despite assurances 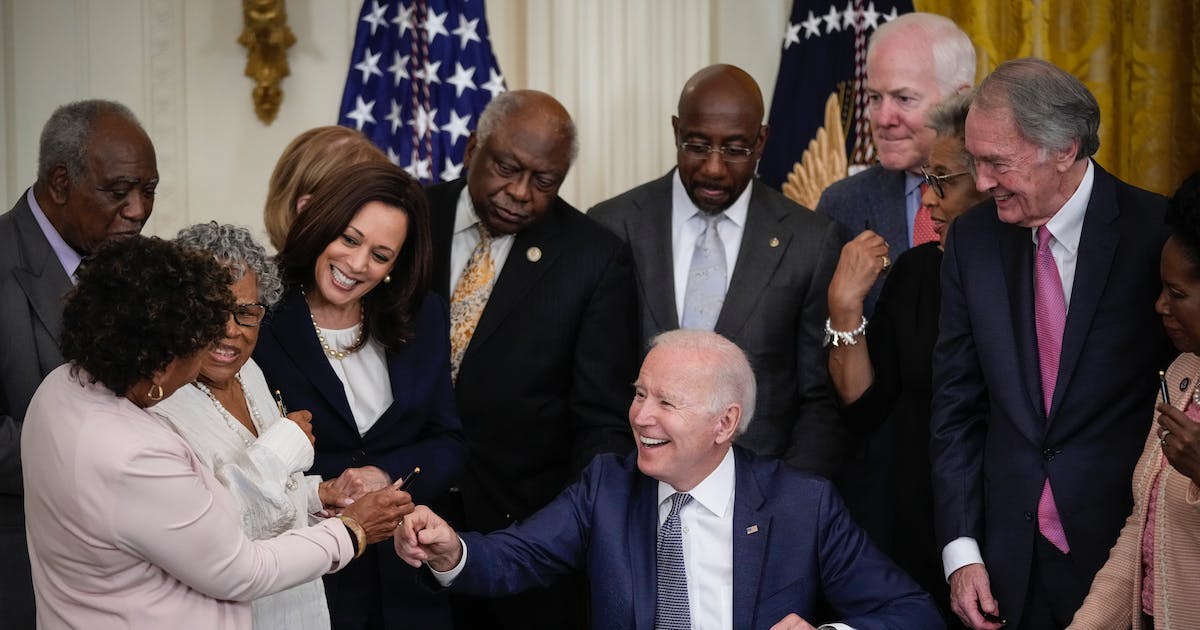 The University of Minnesota told faculty and staff in a 2021 e-mail that it fully expected to recognize Juneteenth as an official holiday in 2022.

But that didn’t happen. Instead, faculty and staff were given a floating holiday this year that could be used to observe the relatively new federal holiday, which commemorates the emancipation of enslaved African Americans in the United States.

“It certainly smarts,” said Rose Brewer, a professor in the U’s Department of African American and African Studies.

The holiday serves as both an annual commemoration of the end of American slavery and, against the backdrop of racial reckoning that has characterized the last few years, a reminder for many that the fight for Black liberation is ongoing.

Brewer said it feels that the university is often “always a step behind in what is politically important and potent.” She criticized university leadership for what she described as a lack of initiative and vision.

“Most of the things that have been in the interest of underrepresented populations on campus have come because they’ve been pushed to do it,” Brewer said.

Jake Ricker, the university’s director of public relations, said it can often take two years to add an official holiday to the university calendar as a vacation day for faculty and staff.

“At that time there was some thought it could happen faster,” Ricker said of the 2021 e-mail. “Adding an official holiday to the university calendar is a complex undertaking, requiring widespread consultation with governance and labor groups representing more than 85,000 students, faculty, and staff.”

Juneteenth was declared a federal holiday by President Joe Biden on June 17, 2021, but it has been celebrated on June 19 since 1865. It marks the day in 1865 that federal troops freed enslaved people in Texas two years after the Emancipation Proclamation was signed, ending slavery.

The U’s human resources department sent faculty and staff an e-mail on June 18, 2021, informing them about the development. The e-mail also cited the short time between Biden’s announcement and the holiday itself as the reason faculty and staff could not have the day off that year.

“We have summer camps for children, academic programming, research events, and a wide variety of other activities that would have been difficult to change,” said the e-mail from Kenneth Horstman, the university’s vice president of human resources. “However, we fully expect that next year this will be a recognized holiday for all University staff and faculty.”

Horstman encouraged supervisors “to be supportive in allowing employees to use personal paid time away if they choose” to observe the holiday in 2021.

Horstman sent faculty and staff another e-mail on Dec.r 20, noting that the Board of Regents had approved two additional floating holidays “to acknowledge the dedication and hard work of faculty and staff throughout the pandemic.”

The time could be used, among other things, to “honor Juneteenth in 2022 as we work toward providing time away to observe this new federal holiday starting in 2023,” according to the e-mail.

But a calendar posted online of holidays the university will observe in the 2022-2023 school year for the Twin Cities and Rochester campuses doesn’t include Juneteenth. A university e-mail dated Jan. 31 appears to indicate that the U’s human resources department wanted to give Juneteenth off to faculty and staff from those campuses in 2023 and 2024. However, the department proposed moving one of the current floating holidays to Juneteenth instead of adding an extra day off for the holiday.

The university’s Civil Service Consultative Committee (CSCC), which “serves as the consulting body to the president,” wanted the U to add a new vacation day to formally observe Juneteenth instead of taking a floating holiday and moving it to Juneteenth, the e-mail said.

“While [CSCC] members were supportive of recognizing Juneteenth as a University holiday, the committee voted unanimously to recommend that Juneteenth be added as an additional holiday rather than re-assigned from the list of published floating holidays,” according to the e-mail.

The university told Sahan Journal that talks to officially observe Juneteenth are ongoing.

Brewer lauded past and present efforts by students to manifest socially conscious changes on campus, noting that the university could learn a lesson from them.

She cited the 1969 takeover of Morrill Hall, which houses university administration, as one such effort. The Afro-American Action Committee spearheaded a 24-hour demonstration in protest of the university’s hostile environment toward Black students. It culminated in the creation of what is now the Department of African American and African Studies.

The decision not to recognize Juneteenth as an official holiday is an example of how much work the university still needs to accomplish in order to attract, retain and represent Black and African American students and faculty, Brewer said.

“There’s so much to be desired,” she said.

The university declared this year that no classes will be held on Juneteenth, which will be recognized on Monday, since the holiday falls on a Sunday. The university held a celebration and commemorative march Saturday in north Minneapolis.

But Brewer said that the true significance of Juneteenth is often overlooked in favor of the holiday’s more celebratory aspects, noting that at its core, Juneteenth is about Black liberation.

“It’s not simply a holiday,” she said.

As for the university’s plans to recognize Juneteenth for staff and faculty in 2023, Brewer doesn’t want to get her hopes up.