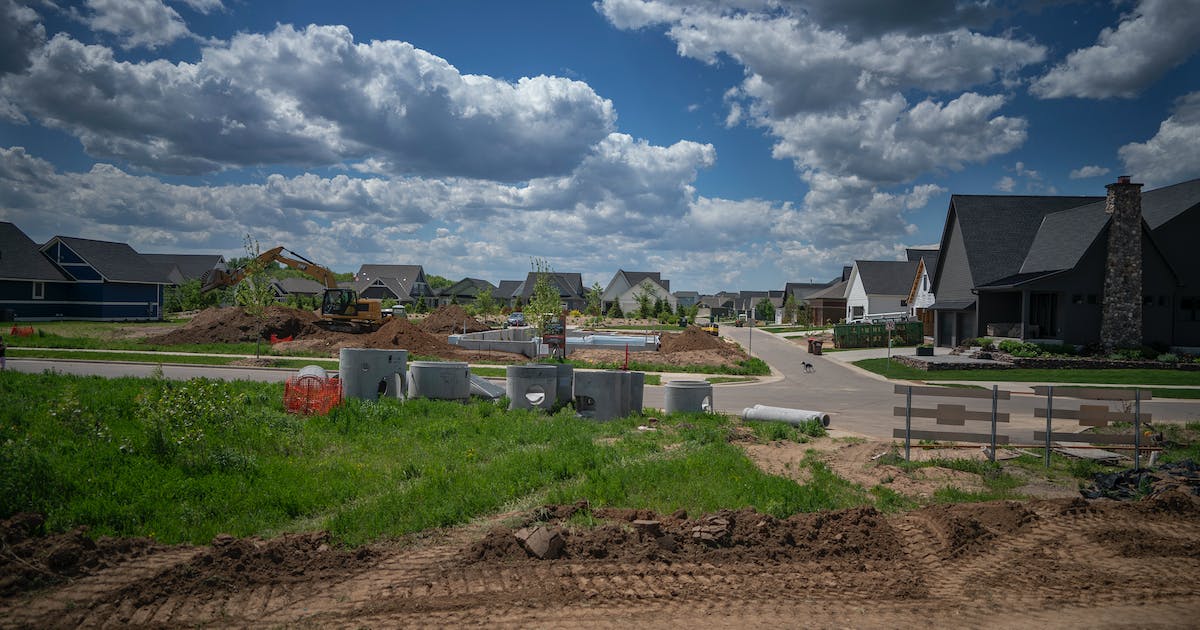 The surge of new arrivals pushed the city’s population up 13.6 percent from July 2020 to July 2021, according to the latest U.S. Census estimates released last week — growth so strong that, if it continues, it would double the population in less than six years.

“It is definitely growing very quickly,” said Jordan Graen, a newcomer who loves the area so much that he and his wife moved there twice, buying a Lake Elmo home in 2019 before moving again to a larger Lake Elmo home in 2021. The rural feel, the lack of strip malls, and the open spaces drew them in, he said.

It wasn’t that long ago that Lake Elmo, now population 12,899, retained much of its rural character even as neighboring suburbs Woodbury, Cottage Grove and Oakdale boomed. Lake Elmo grew by just 16 percent between 1990 and 2000, while Woodbury more than doubled in size.

When the Met Council ordered Lake Elmo to shoulder its fair share of metro growth by connecting to a regional sewer system, the city refused and sued the Met Council in a case that went all the way to the state Supreme Court. The city lost, the sewers got built and developers quickly moved in.

The Met Council originally wanted Lake Elmo to grow to 24,000 by 2030, but the city made their goal 22,304 by 2040. Today, City Administrator Kristina Handt likes to think of Lake Elmo as being in “that awkward teenager state.”

The growing pains became impossible to ignore and last year the City Council approved a 42 percent city tax levy increase to pay for a new city center, new fire station, a public works addition, four new full-time positions and other infrastructure. Even with the higher levy, the city boasts of one of the lowest tax rates in Washington County, Handt said .

“The growth is not surprising because families want to be here to raise their kids here,” said Jeff Holtz, who moved to Lake Elmo five years ago. He and his wife left the Battle Creek neighborhood of St. Paul for a new development across the road from the tiny Lake Elmo airport. “We have new residents coming into our Facebook page almost weekly,” he said.

Today, with two kids in the Lake Elmo elementary school, Holtz has invested himself in the community by taking a seat on the City Council. It’s there that he sees firsthand the city’s struggle to get enough clean water for everyone in town.

Like many other cities in Washington County, Lake Elmo is in an area contaminated by polyfluoroalkyl substances, or PFAS, manufactured for decades by the Maplewood-based 3M Co. The “forever chemicals” don’t break down in the environment, and were used in nonstick cookware, firefighting foam and other consumer goods. The company legally disposed of factory waste in nearby landfills, and the chemicals leached into the groundwater.

Lake Elmo sued 3M when the chemicals were discovered in the city’s wells, and 3M Co. agreed in 2019 to pay $2.7 million and give the city 180 acres of farmland to settle Lake Elmo’s claims. The city used the money to drill wells.

And then there’s the problem of supply. The city relies on three wells that last year drew some 395 million gallons of freshwater from an underground aquifer. A request to the state Department of Natural Resources to draw more water was denied because of a long-running dispute over water levels in White Bear Lake. A 2017 court order put restrictions on communities, including Lake Elmo, that use water from the same aquifer that feeds the lake. Efforts to get the state Legislature to intervene this year were unsuccessful.

The water shortage forced the city to issue a moratorium in April on new construction in about a quarter of the city. The moratorium may last as long as a year.

“We are trying to abide by the Met Council’s growth requirements and provide for the public health and safety of our community,” Lake Elmo Mayor Charles Cadenhead said at the time. “But our efforts are being hampered by a court ruling that is endangering the livelihood of our community.”

For residents like Graen, the city’s rapid growth presents another problem. Even though the Lake Elmo Elementary school is practically next door to his housing development, the district has told him that his kids will attend an elementary school five miles away in Stillwater.

Stillwater Schools Superintendent Malinda Lansfeldt said Lake Elmo Elementary badly needs renovations, and that the district will convene a group next year to look at replacing it along with an expansion of nearby Oakland Junior High.

Graen said he wants a new elementary school large enough for his neighborhood by 2024, when his oldest child starts kindergarten.