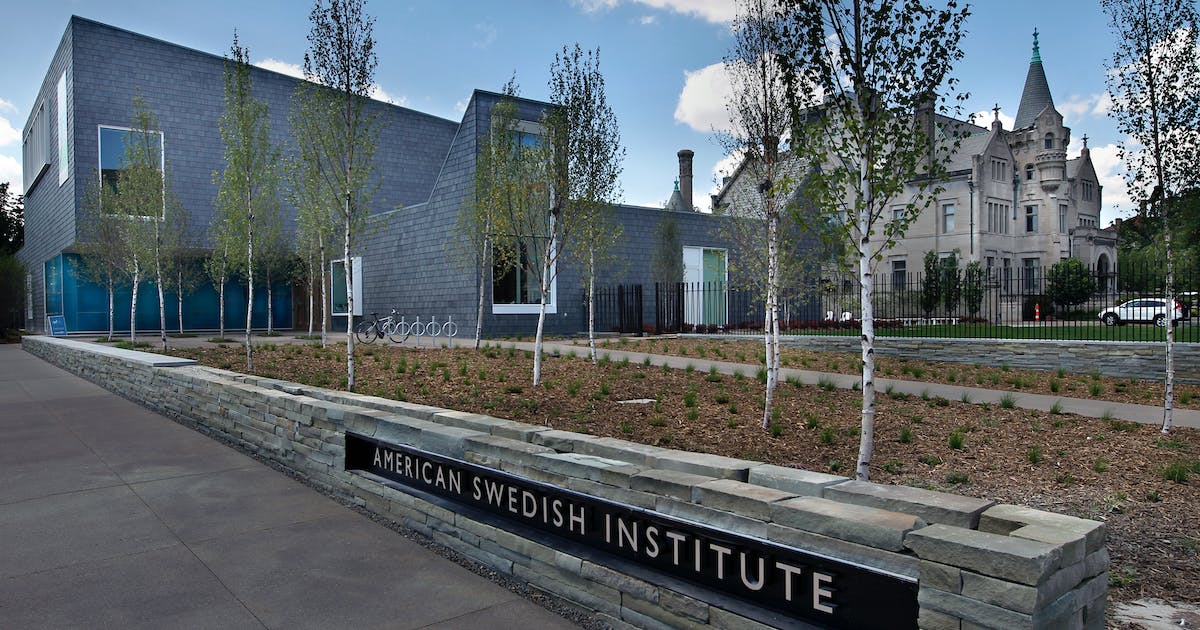 It was only Bruce Karstadt’s second day as president of the American Swedish Institute when a colleague told him they needed to “go meet the nuts.”

“I was puzzled,” Karstadt said, but he smiled and made his way down to the basement of ASI’s Minneapolis home. There, he found 50 enthusiastic volunteers from an operation called Tomte — Swedish for “troll” — that sold packaged nuts to help the institute keep its doors open.

That experience gave Karstadt a peek into the homespun nature of the organization founded in 1929 by Swedish-born newspaper publisher Swan Turnblad — and the energy that might transform it.

On Wednesday, after more than 31 years at the helm, Karstadt announced that he will retire early next year.

During his tenure, he grew the institute’s audience of diehard Swedes into a broader, more diverse community. A key moment was the 2012 expansion that brought a new, 34,000-square-foot building, the Nelson Cultural Center, and its Nordic-inspired Fika Café.

Now, Karstadt has launched a multi-year plan to renovate ASI’s original home next door, the mansion and carriage house that Turnblad built in 1904-08.

“We’re in a really very good position for this transition to happen,” he said. “Transitions from one leader to the next need to happen with careful, deliberate planning, and not because of an emergency or whatever.”

Not that Karstadt is itching to move on. “I’m still enjoying my work,” he said.

So his retirement comes as something of a surprise. Two years ago, before the institute’s 90th birthday celebration, he told the Star Tribune that he had no plans to retire anytime soon.

But he recently turned 70, “so there’s a marker that sort of lingers in the background,” he admitted this week.

Karstadt considers Minneapolis his home, but he grew up in Lindsborg, Kan., a small town founded by Swedish immigrants in 1869 that calls itself “Little Sweden USA.” His Swedish-born great-grandma immigrated there in the late 1800s.

It was there that Karstadt’s curiosity for all things Swedish began. An attorney by trade, he worked in that field for a few years before switching to higher education. In 1988 he visited Minneapolis to attend a festival marking the 350th anniversary of Swedes coming to America. Soon thereafter, ASI began searching for a new boss and a friend suggested Karstadt. The rest is history.

Looking back on his time at the institute, Karstadt feels that the addition of the Nelson Cultural Center was a high water mark.

“It allowed us to achieve some things that we’ve long been striving for, which was to create campus facilities that would welcome a much broader audience as well as serve our long-standing traditional audience of Minnesotan Scandinavians and Swedes particularly,” he said.

The initial phase of ASI’s $22 million plan to renovate its historic mansion began this month, with plans to wrap in December. It includes rebuilding the terrace wall and weather-damaged limestone veranda, and repairing metal structures in the historic Solarium. Phase two will start once funding is secured.

The executive-search firm Isaacson, Miller, will handle an international search for a new leader.