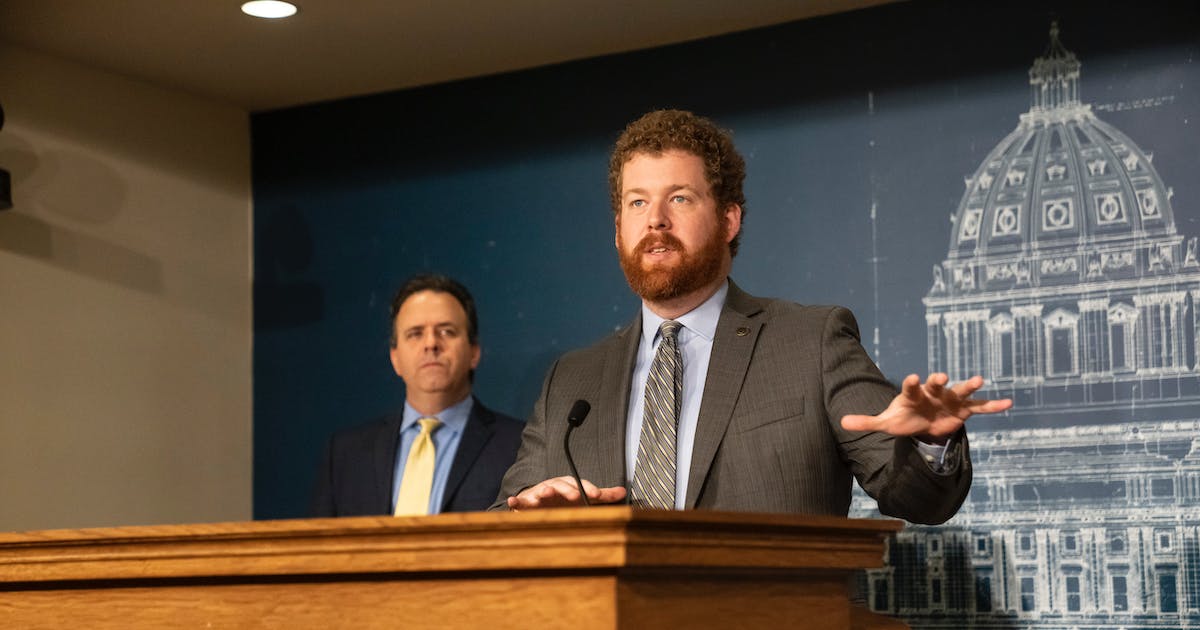 Minnesota lawmakers face an April 1 deadline to extend a program that’s been credited with stabilizing health care premiums on the state’s insurance marketplace.

Both the GOP-led Senate and Democrats in the House have passed legislation to try to meet that deadline, worried about the possibly of premiums spiking while inflation and rising costs are already hitting Minnesota households. But the two sides disagree on how much money to funnel toward the state’s reinsurance program, which was originally created as a temporary fix to spiking premiums.

“Five years later, we’ve not come up with a workable alternative,” said Rep. Zack Stephenson, DFL-Coon Rapids, the sponsor of the House reinsurance bill. “We have a choice to make: Do we walk away from the reinsurance program and risk seeing premiums suddenly increase?”

The April 1 deadline is putting into sharp focus the two sides’ diverging views on how to make health care more affordable in the state. Democrats are pushing to allow more people to buy into a state coverage program for low-income Minnesotans, while Republicans are proposing more than $1 billion for reinsurance over the next five years.

“This is a Band-Aid on something that has been disastrous for the state of Minnesota, and I want to call to everyone’s attention to the fact that Democrats created the problem, because that disaster was Obamacare,” said House Minority Leader Kurt Daudt, R-Crown, who helped broker the deal five years ago to establish reinsurance. “That’s what hurt so many Minnesotans, by raising their premiums, and beyond that, raising their deductibles to levels that were unaffordable.”

Passed in 2017, reinsurance was designed as a way to help health insurers cover some of the most expensive medical bills from enrollees on the individual marketplace.

The move came after several years of big rate hikes and an insurance marketplace on the verge of collapse. Some counties only had coverage from a single health plan. Since then, more than a dozen other states have set up their own reinsurance programs to stabilize their individual insurance marketplaces.

Lawmakers have moved periodically over the last five years to reauthorize the program, which is required by the federal government by April to start processing a needed waiver for the state. But the funding required to continue reinsurance has frequently been wrapped into end-of-session negotiations.

Republicans in the Senate passed a bill in mid March to reauthorize the program through 2027 and cover the more than $1 billion in estimated costs over that time span. They argue the state needs to move quickly to keep health insurance affordable for roughly 163,000 Minnesotans on the individual marketplace and 235,000 people who are insured through small group plans.

“Minnesota families, farmers and small business owners cannot afford a drastic increase in their premiums,” said Sen. Gary Dahms, R-Redwood Falls, who is sponsoring the chamber’s bill. “Reinsurance has proven to work and there is no reason to not extend this successful program.”

But Democrats have argued the program is a costly solution to the problem that sends hundreds of millions directly to insurance companies. The House bill reauthorizes reinsurance but leaves the funding question to be decided later in the session. Minnesota lawmakers are working with a projected nearly $9.3 billion budget surplus this year.

The House bill also asks the state to study an alternative to reinsurance and develop a proposal for a public option. Democrats have proposed allowing Minnesotans on the individual marketplace to buy into MinnesotaCare, a subsidized program meant to cover low-income people who don’t work but don’t qualify for Medical Assistance.

Democrats argue that would give Minnesotans a public option that competes with traditional plans offered by health insurers, but Republicans in the Senate are opposed to the idea.

“Reinsurance is bridge to nowhere. That was supposed to be, five years ago, a bridge to somewhere,” said Sen. Jennifer Schultz, DFL-Duluth, chair of the House Health and Human Services Policy Committee. “The public option is the somewhere we need to get to.”

The reinsurance program has also been brought up in weekslong negotiations around replenishing the state’s Unemployment Insurance Trust Fund and sending bonuses to workers on the frontlines of the pandemic.

Republicans said they want to handle reinsurance as a separate issue. Leaders in both parties expressed optimism that they could strike a deal on reinsurance by next week’s deadline.