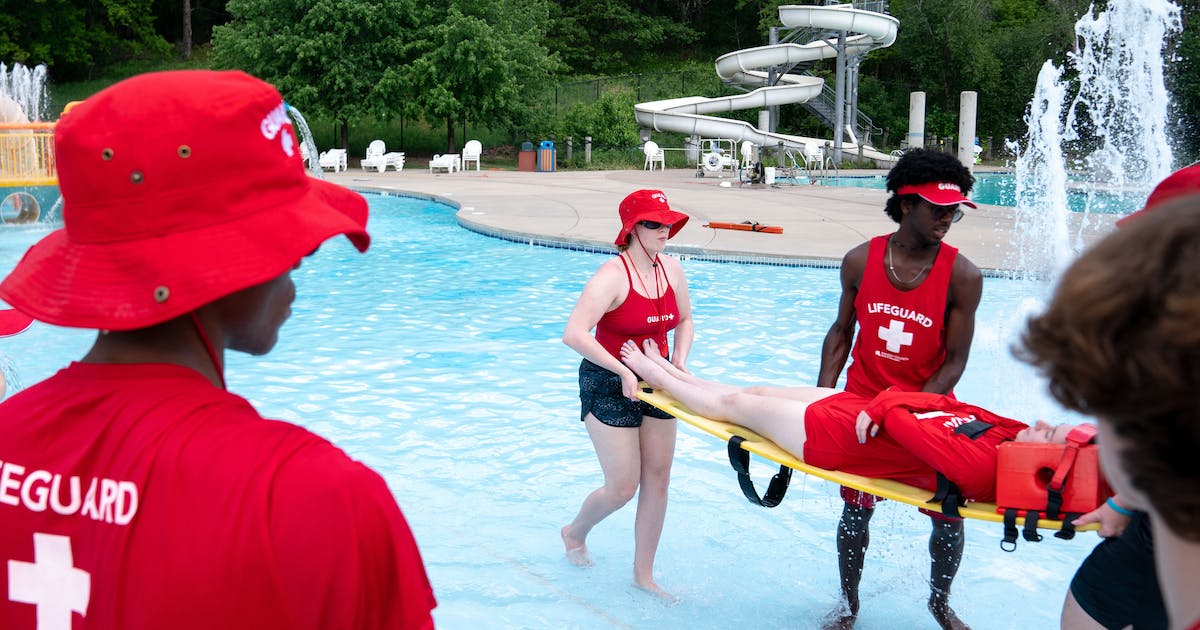 There is a shortage of lifeguards in the land of 10,000 lakes this summer.

Many Minnesota communities are raising wages and stretching staff hours in hopes of opening pools this year. Some beaches, though, will be left with no lifeguard on duty. And a few pools will continue to follow pandemic operations, allowing access by reservation only.

Nationally, one-third of public pools in the U.S. risk being shut down or changing hours due to staff shortages, according to the American Lifeguard Association.

“Out of the time that I’ve been in the profession, this has become the worst year ever,” said Bernard J. Fisher II, director of health and safety at the American Lifeguard Association.

How bad is it?

This summer, Fisher warns that even the pools that do open are going to struggle to stay open until Labor Day, since many lifeguards are in high demand and face more pressures on the job.

How we got here

The shortage is blamed on a tight job market and the pandemic pause for lifeguard training opportunities in Minnesota. Lifeguards are certified every two years.

Every year, about 300,000 new lifeguards are trained nationally, Fisher said. But in the first year of the pandemic, “we pretty much didn’t train” since many public pools and beaches closed, he added. The summer of 2021, many stayed closed or opened late in the season, relying heavily on lifeguards in their last year of certification.

“The demand [for lifeguards] is so high. But the supply, we’ve lost it. It’s almost like we’re starting from ground zero,” Fisher said.

A tight job market has put the squeeze on managers looking to fill what are often temporary and lower-paying gigs during the summer months.

“You can go push shopping carts at Menards for more than … anyone pays lifeguards,” said Larry Umphrey, the director of aquatics, athletics, ice arenas and golf at the Minneapolis Park and Recreation Board.

The most recent unemployment rate is 2.2% in Minnesota, where there are two job openings for every unemployed worker, according to the state Department of Employment and Economic Development.

“It’s frustrating to see we don’t have enough staff,” said Hull, who is in her third year serving as head guard. Due to budget concerns, head guards are taking on more responsibilities while also stepping in as lifeguards when necessary.

“We work a lot and in the hot sun, and it’s really hard to combat burnout when there’s not that many people to go through,” Aaron Ramsey, also a head guard for Ramsey County, said of staffing.

Exacerbating the problem is that the coronavirus, and the risks of how easily it spreads, still weighs on the minds of some job seekers, said Kris Lencowski, the Ramsey County Parks & Recreation director of operations. Lifeguards are in close contact with others in a pool and may be asked to perform lifesaving measures like CPR.

The starting pay at YMCA of the North — where access to indoor pools will again be by reservation only — starts at $15 an hour. But if lifeguards work more than 20 hours a week, they earn an additional $2 an hour. The YMCA is also offering paid training and has lowered the age to 15 to be a lifeguard.

In Minneapolis parks, Umphrey said they raised the salary to between $16.50 and $20 an hour.

“I think we’re definitely open to any possibilities that we can to recruit as many lifeguards as possible,” Umphrey said. Some options include referral bonuses and bonuses for staying the entire season.

The lack of lifeguards raises the risk of potential drownings, Fisher said. There were 53 drownings not related to boating in Minnesota in 2021, most of them unrelated to public pools and beaches, according to the state Department of Natural Resources.

Families should use caution when at pools or beaches without lifeguards this summer. Fisher suggests having a designated water watcher at all times and making children who are novice swimmers wear life jackets and heed posted warning signs.