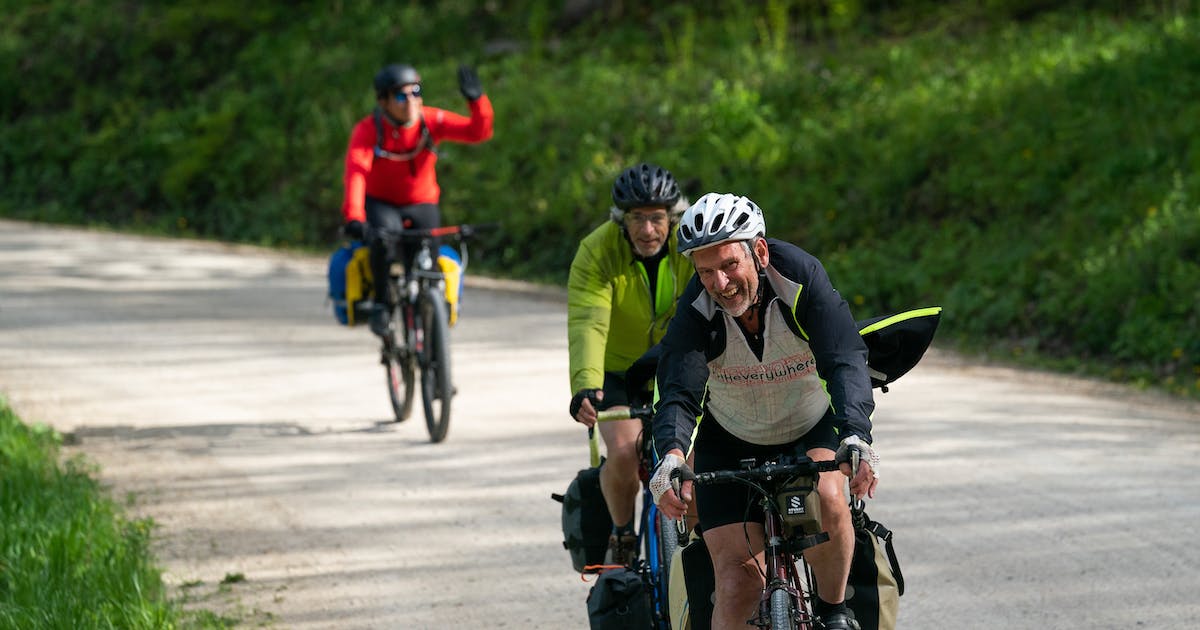 He figures he has ridden bikes about 1,500 miles a year in the service of his “passion project”: the Twin Cities Bike Map (and other guides and maps) sold through his Bikeverywhere business. Rubber hit the road for about 38 years.

Shidell, of Minneapolis, still is rolling, still feeds his desires to explore, but someone else will take up his cartographic pursuits. He sold his maps and business earlier this year. He started the research, the riding, the mapmaking in 1984 — a process he brought with him in his move from Wisconsin. He published a touring guide of the Badger state in 1975.

Upon arrival Shidell thought the Minnesota maps, like those produced by the state transportation office, were poor and, well, inaccurate.

Unlike others, his map “put the bicycle front and center,” he said.

Between then and now, Shidell’s work kept pace with technology. The days of map-building and printing with artist’s tape and acetate film were upgraded by the rise of the computer and sophisticated Geographic Information System, or GIS, software. Result: better quality maps.

The constant has been the miles in the saddle to keep the map fresh and useful. Shidell recalled press runs of about 10,000 maps every three years or so to accommodate updates. Digital advances altered that timeline, and sales evolved, too.

“There were times I was selling 7,000 maps in a year, but it changed,” he said. “When I went to the tear-resistant maps, all of the sudden I wasn’t selling two maps to someone in a year because the maps were holding up.”

In an interview, Shidell expanded on the motivation and longevity behind his so-called “unpaid hobby”; the digital tools today for cycling; visible signs of his mapping’s impact; and his rides in retirement.

His answers have been edited for length and clarity:

How do you reflect on the arc of bike mapmaking in your years of Bikeverywhere (analog, digital)? How did it affect your work?

When I first started making the map, I was doing paste-up, attaching artist’s tape to acetate to mark bike routes and cutting out stick-on patterns to indicate parks and lakes. That was a time when you had to create an acetate layer for each color of the map, then register all the layers so they would line up properly.

In the early ’90s, personal computers reached one megabyte of memory. That was huge and I felt I could finally do my maps on a computer. Maybe 10 years later GIS software became cheap enough and sophisticated enough that I could make maps using dedicated mapping software.

By 2012 or so, customers were telling me that they might forget their bike map on a ride but would never forget their phone. That’s when I knew I had to develop a digital map. Digital maps changed everything. Maps just got more accurate. I could update them three times per year instead of once every three years. I could also get around the limits of paper maps and extend street-level detail across the entire map extent.

I began using the digital version of the Twin Cities Bike Map for research within a couple of years.

We’ve gone through an era of incredible technological change, and I tried to stay on top of that.

What do you make of today’s digital tools? Apps at every turn.

If it makes people ride their bikes more, I like it. That is really the basic thing. Personally, I don’t use most of the apps. It seems like what people are using, like Strava and Ride Spot, is primarily to record their ride or workout. I do find that people also will use the apps to find good routes in a town they are going to visit. I think that is kinda cool, but when you have crowdsourced stuff it’s hard to know if the route you chose is a good one, if you can feel confident on that ride.

For me, I really prefer a map because I want to see the context. Am I riding near a lake? Is there a monument I should see? What’s the terrain like? What’s downtown like? Things like that. So, I find a map can do that better for me. It’s the unexpected discovery. I’ve said about GPS, it’ll get you where you want to go, but you’ll never know where you are. It’s rote, almost like being a passenger in the car. You don’t have to pay attention to signs or which direction you are going. All you have to do is listen for the next cue for which way to turn. As a person who loves exploring, I just feel deprived when that is my only way of getting around, by following someone’s instructions.

What have been your biggest wins along the way?

I think it was in 2010 when every town and county in the metro area had to come up with a master transportation plan. I started getting emails from local activists seeking permission to take my map to municipal planning meetings. I said, of course. A year or two later, bike route signs started popping up on routes that I had on my map. Suddenly, I realized, holy cow, I’ve done something that people considered good enough that they wanted to make it an official bike route. That was rewarding. I had the sense that I’d made something important.

Cities, like Minneapolis especially, started getting ahead of me. They were building bike structures. They were converting auto-centric roads to bike-friendly roads and made me realize the bike was becoming institutionalized. That is the only way you get long-term change — when the engineers and planners start thinking about bikes. That was rewarding. Not necessarily to think I caused it, but to see that it was happening.

When I announced my retirement last year, an acquisitions person from the (John R.) Borchert Map Library on the University of Minnesota campus asked for a copy of each of the Twin Cities bike maps since I started publishing. Those maps will be catalogued and preserved and maybe a graduate student will use them as part of a thesis paper. That feels almost like a legacy.

It also was a little disconcerting because people might look at that as the official bike routes of the metro area through that period of time, but it really wasn’t official. It was just me out there saying, I think this is a good road [laughs]. Somebody 20 years from now, a graduate student, isn’t going to have that context. They are just going to see these maps, and how are they going to interpret that?

How did it change/enhance/challenge your perspective on moving by bike? Your enjoyment of cycling?

I think the biggest change is it made my cycling more eclectic. I’ve always enjoyed riding on low-trafficked, wooded roads and trails. Who wouldn’t enjoy that? But after I started researching, it is actually kind of fun riding through a light industrial area, especially on the weekend and it’s quiet. Or downtown Minneapolis or downtown St. Paul, I just started enjoying riding in those places. It was such a different experience. Even suburban streets, especially older ones, had a nice feel to them and weren’t too bad. I’ve even ridden laps around the ring road between the Mall of America and its parking lots. It has this unique tunnel-like feeling.

I was just out there willing to ride in areas I wouldn’t have necessarily thought about. On occasion, I’d hear from people who claimed that they’ve ridden 40 years and never carried anything more than a water bottle and an energy bar. I feel sorry for them. They’ve missed out on bike camping to a regional park, cruising around a lake to pick up a loaf of bread, riding to work on a fall morning when maple leaves are bouncing early morning sunlight across the road.

There are all these other experiences that you can have on a bike if you get beyond the experience of “I’m going to do hardcore racing or recreational riding.”

Where do you see cycling headed in the metro? As a commuter? As a form of recreation?

I think Minneapolis, St. Paul, Richfield, and a couple of other inner-ring suburbs are committed to a cycling infrastructure that will increase the number of bike commuters and recreational riders.

Many of the second-ring suburbs put in bike trails along major roads like Pilot Knob, then called it a day or developed mountain bike trails for recreation and that was it. We’ll see a few more commuter cyclists there if gas prices stay high, but it won’t be a pleasant experience for them.

Outer-ring suburbs are mostly content with letting county and regional parks districts like Three Rivers Park District create long recreational trails. The end result will be more cyclists, but it will be drive-to-play. Folks will load their bikes on cars, drive to a trail, ride and drive home. It’s fun, I do it myself, but it is only a fraction of the total bike experience available. I don’t think we’ll see a lot of increase in the use of bikes for transportation or visiting friends or going to the parks because these trails just aren’t designed as transportation corridors.

What remains a favorite ride in the metro for you?

I have never been able to give a good answer. If you think about how large the metro area is, and my commitment to research a third of it every year, you get a feel for the challenge I faced. It meant that I rarely rode the same route more than once every three years. It’s hard to get a favorite when you are always moving around.

Now, since I’ve retired, I am starting to get out and ride without that responsibility. You don’t have to think about which section do I have to research right now. What I found is that my favorite ride is that one that goes off the rails. I start with a route in mind. I get distracted and I turn, and all of the sudden I find a new neighborhood or trail I didn’t know about. I just get kind of gleefully lost for an hour or two and then go home. I guess the best way to describe my favorite ride is the one I haven’t done yet because it’s going to be a new exploration for me.