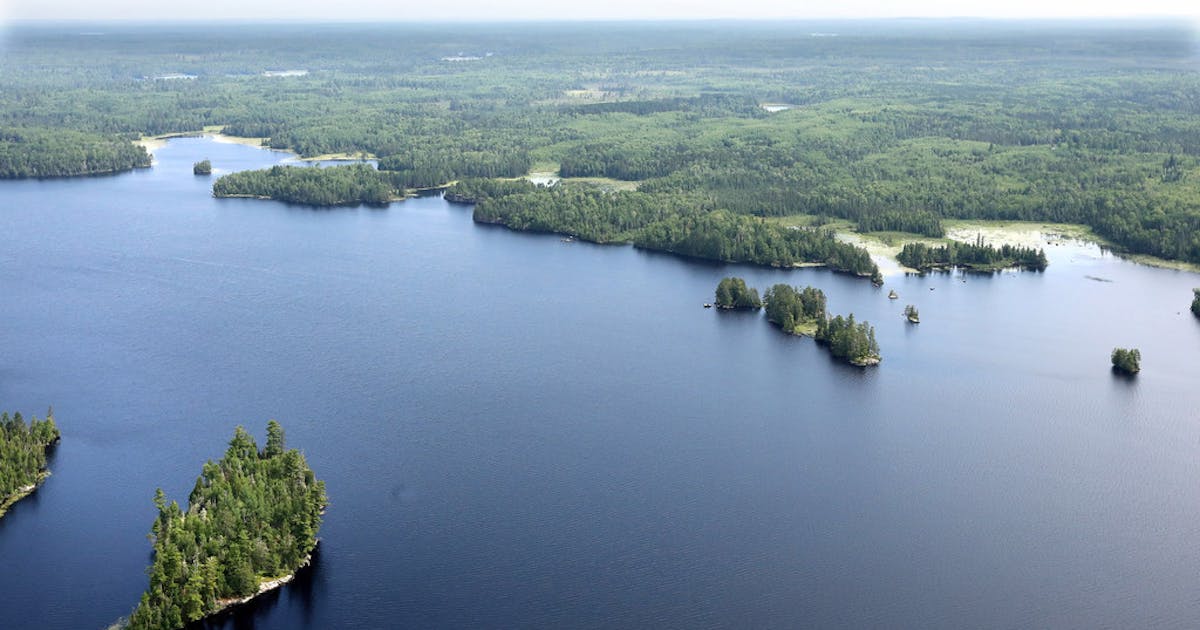 Hardrock mining on public land in northern Minnesota risks contaminating the Boundary Waters Canoe Area Wilderness, even with measures designed to head off those problems, a long-awaited federal study says.

The environment assessment released Thursday by the U.S. Forest Service buttresses the Biden administration’s quest for a 20-year moratorium on hardrock mining on more than 200,000 acres in the Superior National Forest next to the Boundary Waters.

The Forest Service report was released following years of controversy and a concerted effort to keep its work secret. Launched at the end of the Obama administration, the study was canceled in 2018 by the Trump administration, which declared it an unnecessary “roadblock” to minerals exploration in the Rainy River Watershed that drains into the Boundary Waters. President Biden restarted the study.

During the Trump administration, members of Congress and the Minnesota Department of Natural Resources tried unsuccessfully to get access to the research. Some of the repeated requests, including from the Star Tribune, were met with blacked out pages.

Becky Rom, national chair of the Campaign to Save the Boundary Waters, said she is still plowing through the report — and at least 18 scientific studies attached to it. She said she feels “satisfaction” that the Forest Service was able to complete its work.

“The American people can read it, and policy decisions can be based on this nonbiased, nonpartisan report,” Rom said.

Rom wants Congress to impose a permanent ban on hardrock mining on the federal land in the Rainy River Watershed, in the Superior National Forest. Legislation that would do that, sponsored by U.S. Rep. Betty McCollum, D-Minn, had a hearing last month in the House Natural Resources Subcommittee on Energy and Mineral Resources.

“The proposed 20-year withdrawal is absolutely justified — and to avoid the type of political intervention we previously saw from the Trump administration, my legislation must pass to permanently protect this federal Wilderness and the interests of the American people in perpetuity,” it said.

There is no Senate companion bill. Minnesota Sens. Amy Klobuchar and Tina Smith have publicly said they were waiting for the study’s release before committing to further action.

The report lays out the potential consequences of allowing hardrock mining, and of barring it, on nearly 20 resources, including water, tribal needs, recreation, wildlife and the local economy.

Native American people and low-income communities in Cook and St. Louis counties in northeastern Minnesota would be disproportionately affected by potential acid mine drainage pollution “due to cultural practices associated with the harvesting and consumption of wild rice, fish and fowl from the region,” the report said.

In addition to seeking the moratorium, the Biden administration in January canceled the two federal minerals leases for the proposed Twin Metals underground copper-nickel mine next to the Boundary Waters.

Twin Metals spokeswoman Kathy Graul issued a statement saying the Forest Service report is not based on science but aimed at stopping mining in northeastern Minnesota. That will hurt the country’s ability to supply its own clean-energy minerals, she said, which contradicts the Biden administration’s goals.

The company remains committed to the Twin Metals mine plan, she said.

“We have longstanding, valid existing mineral rights,” Graul said. “We remain confident that we will move this project forward.”

After a 30-day public comment period, the report will be finalized and sent to the Department of the Interior’s Bureau of Land Management for review and recommendation. Interior Secretary Deb Haaland is expected to make a decision on the 20-year hardrock mining moratorium by the end of the year.