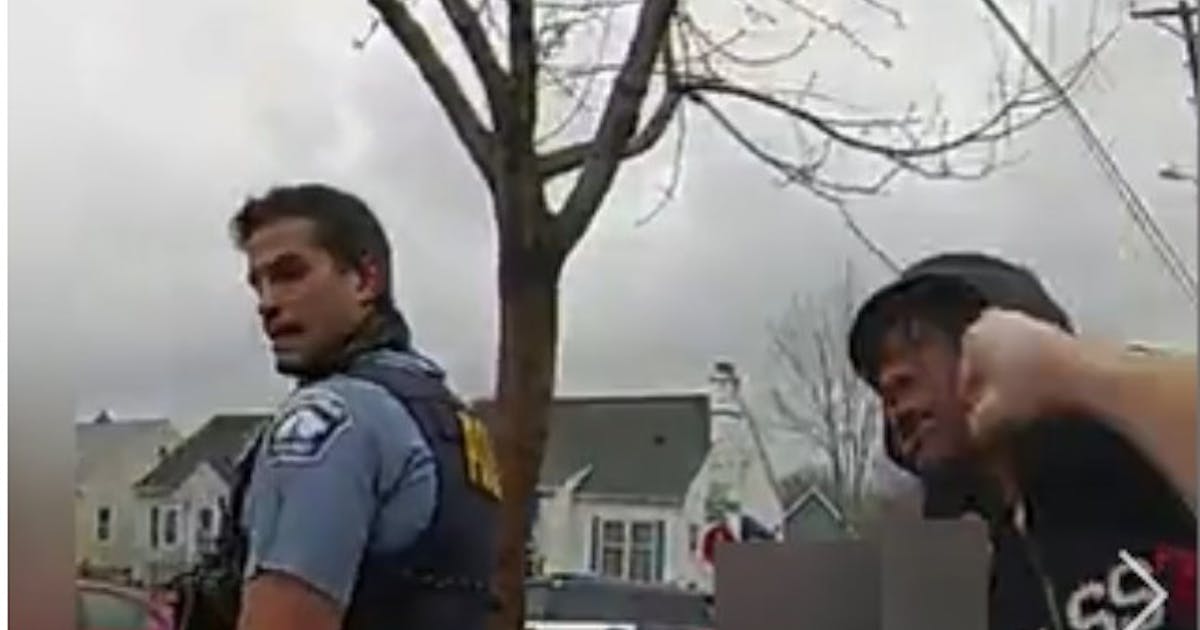 The Minneapolis City Council this week signed off on a $50,000 settlement for a resident who says police “unlawfully” arrested and then subjected him to “prolonged continued detention without probable cause.”

Damareion McKizzie filed a federal lawsuit against the city of Minneapolis and five police officers, alleging officers used excessive force and violated his civil rights when they detained him last year. He was taken to the hospital while in custody.

“The settlement we felt was a fair compromise of Mr. McKizzie’s claims in light of what was plain to see from the body camera footage,” McKizzie’s attorney Charlie Alden said in a statement Friday.

It started on the afternoon of March 24, 2021, when McKizzie, then 17, heard a “commotion” outside of a gym where he was working out. Officers were called to the 3200 block of James Avenue N. to help catch some carjacking suspects, according to the complaint.

McKizzie left the gym to see what was happening. As he tried to cross a street, he was blocked by officer William Gregory who “violently shoved” and knocked him off balance, the complaint says. Gregory is the only officer named in the court documents.

McKizzie kept his arms at his sides and stood still, but the other officers grabbed McKizzie’s hoodie, pulling him in different directions, the lawsuit says. The encounter was captured both on police body-worn camera and civilian-recorded video, triggering an uproar from the public. As a result, the Police Department internal affairs unit launched an investigation.

The City Attorney’s Office declined to comment on the settlement Friday. But city spokesperson Sarah McKenzie said Gregory is still employed with the city.

After being pinned to the ground for several minutes by four officers, McKizzie was handcuffed and thrown into the back of a squad car, the lawsuit said. At some point, one officer pointed out that he did not know what to do with McKizzie. Officers then took him back and forth between a squad car and the Hennepin County Juvenile Detention Center before putting him in an ambulance to be taken to a hospital — all while handcuffed, the complaint said.

McKizzie was strapped to a medical gurney with two sets of handcuffs and “multiple layers of polyester webbing over his body,” the lawsuit said. After the hospital visit, officers drove McKizzie back to the detention center where they uncuffed him shortly after his mother arrived to pick him up, according to the lawsuit. McKizzie was never charged.

The suit argued that as a result of the encounter, McKizzie suffered physical and mental injuries, emotional pain and “a generally diminished sense of personal and family safety.” The settlement now awaits approval from Mayor Jacob Frey.

In the past 15 years, Minneapolis has spent more than $71 million to settle officer misconduct claims and lawsuits. Money for settlements come from the city’s self-insurance fund, McKenzie said.

The police department remains under investigation by the U.S. Department of Justice over whether it has engaged in a “pattern and practice” of violating citizens’ rights. A recent investigation by the Minnesota Department of Human Rights found the MPD has engaged in a pattern of racial discrimination in violation of the state’s civil rights law over the past decade, and failed to hold problem officers accountable.