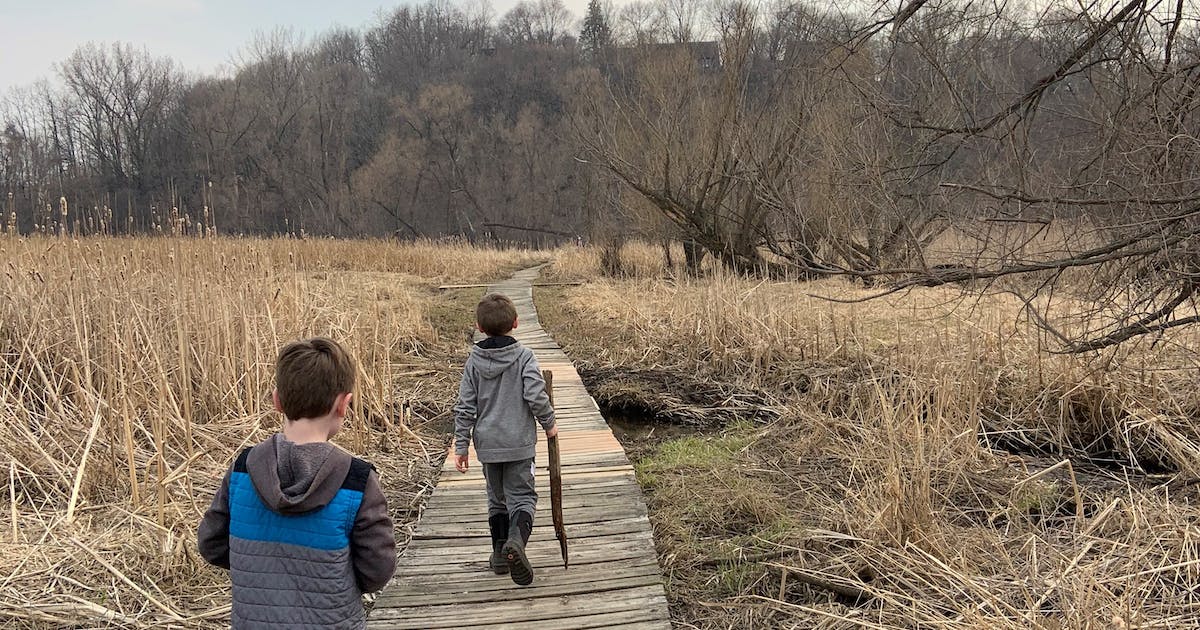 A beloved but decrepit pair of floating boardwalks in a Mankato park near downtown could be in line for renovations if a state recreation grant comes through.

Each of the floating sections of trail in the Rasmussen Woods rises and falls with water levels in marshy sections of the park on the southwestern edge of the city. They sit on the ground when the park dries out during droughts, and the wear and tear brought on by the changing water levels has made the boardwalks a maintenance headache, city staff reported to the City Council this month.

The more popular of the two floating trails connects to the Red Jacket bike trail. It could be replaced with a raised trail on piers, which wouldn’t require as much maintenance. The city has applied for a state grant of $187,500, about half the estimated cost of installing the raised trail, from the Department of Natural Resources’ Outdoor Recreation Grant Program. The program provides grants up to $300,000 from state and federal funds and requires a 50% match of cash, labor or equipment from local authorities. Construction would take place in 2023.

A second section of floating trail in the northeast part of the park near Stoltzman Road is under evaluation, according to city manager Susan Arntz. “Because it goes over a larger area of open water, the helical piling that we’re planning to use on the other section is not as easy to use,” she said. The city is considering its options for that section of floating trail for now.

The work will go forward in 2023 if the city wins the state funding.

A plan to repair the floating path has long been in place, going back to a 2010 city report. Citing the constant need for repair of the more heavily used path, the report recommended raising it onto piers.

The same report provided a history of the popular park, including details from the time the land was purchased by city resident Robert Rasmussen in 1939. He built a house a few years later at 235 Sunset Blvd., just west of the park’s modern boundary. The city in 1971 purchased the land now known as Rasmussen Woods for $193,165 — about $1.4 million today — from Rasmussen’s children.

A local group called Pupils United to Restore the Environment proposed using the park as a nature study area, and in 1973 the Troost family gave a $3,000 donation for the construction of trails, markers, benches and wildlife feeders. State and federal grants of about $70,000 in 1981 were used to build a picnic shelter, more trails, a parking lot, water service and access roads. Four years later, Rasmussen Woods opened as a city park.

A $52,000 project in the early 1990s added the two floating trails, along with two 15-foot bridges and 1,600 feet of wood-chip trails. After flooding in 2010, the city purchased some private land to add to the park and relocate one of the floating trails.

The floating trails are “really cool” but only when they’re maintained, said resident and park visitor Sarah Houle. “It’s a unique thing for that park.”

Houle said she often sees wildlife in Rasmussen Woods, from deer to eagles, and that its location near the center of town makes it “just kind of special.”