Maplewood police on the lookout for missing monkey 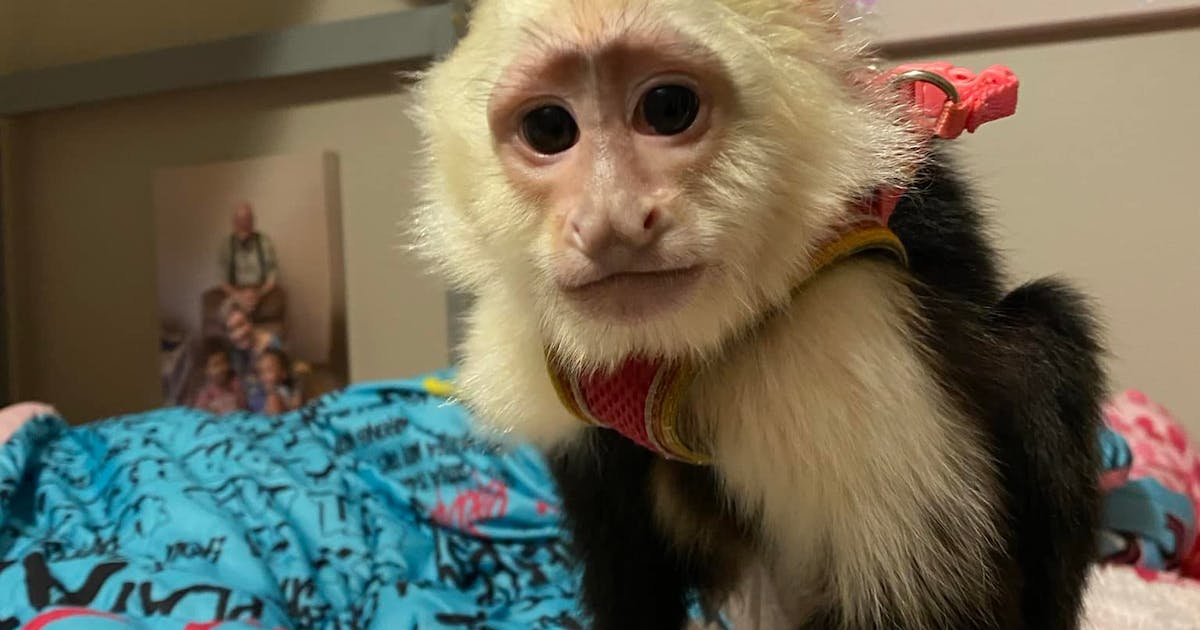 Zaurice Steward panicked when she heard the news: Her monkey was missing.

Steward, who is in the process of moving from Texas to Wisconsin, said she entrusted a family friend who lives in Wisconsin with babysitting Coco while she was out of town for a few days. When she returned Tuesday night, she learned Coco was missing.

Her friend said she left Coco in the car — in her pink carrier — while she went into the grocery store to buy formula for the young monkey. When she returned, she told Steward, the car door she thought she had locked was open, and Coco and her carrier were gone.

Steward raced to the Cub Foods at 2390 White Bear Av. N. in Maplewood in search of answers and to report the missing monkey to police. Meanwhile, another friend of Steward’s — and who’s the monkey’s “godmother” — posted a plea on Facebook for people to be on the lookout.

Steward, who is allergic to dogs and cats, has been obsessed with monkeys since she visited zoos as a child. She’s owned Coco since the capuchin was 4 weeks old, buying her in Texas where it’s legal to own the monkey. It’s illegal to possess the monkey in Minnesota but legal in Wisconsin and Texas, according to Steward.

“I know she must be scared because she’s never been with people she doesn’t know,” Steward said.

Coco, with big dark brown eyes and a face framed by white fur, is smart, loving and cuddly, Steward said. But she doesn’t know how Coco would react to someone who doesn’t handle her the right way.

Maplewood police are asking anyone with information about the monkey theft to call 651-249-2608. Steward has cobbled together $3,000 for a reward for the monkey’s return.