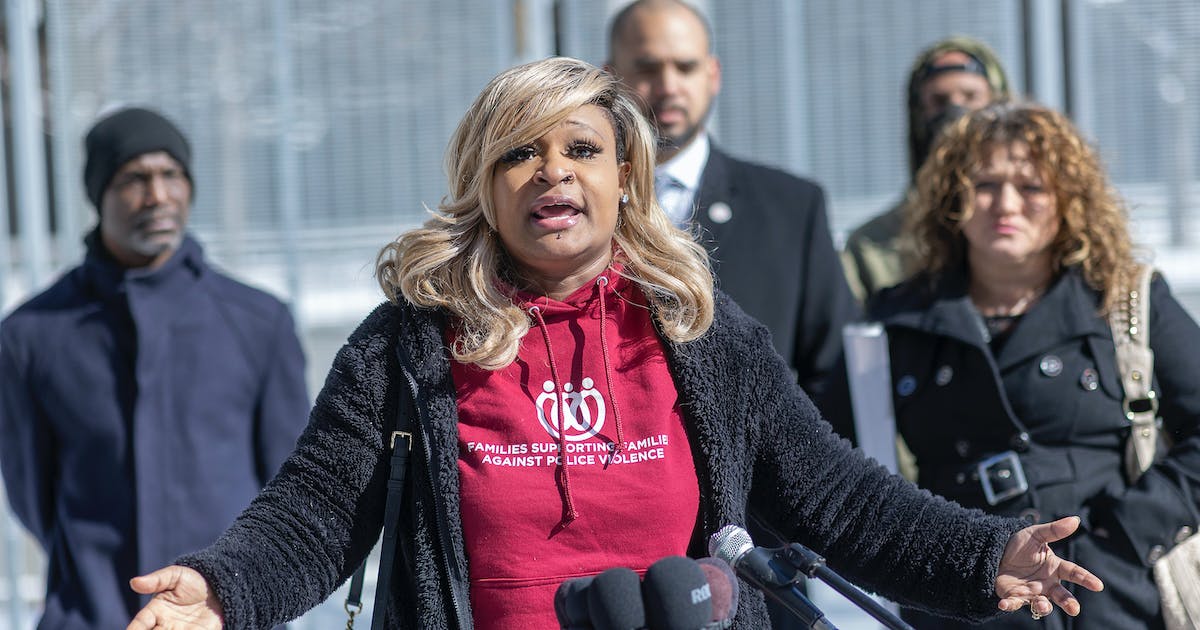 The 46-minute-video, released Wednesday evening, starts with police approaching two of the minors at a gas station at the 1700 block of E. Cope Avenue at 9:34 p.m. on Monday. It records officers handcuffing the group, then releasing them when they determined they weren’t the people they were looking for. The incident ignited activists’ concerns on how police handle youth.

The minors, who were released when police realized they were not the same individuals who were in a surveillance video that night, were identified by their parents as a 10-year-old, a 16-year-old and two 12-year-olds.

Officers were investigating a report of gunshots fired shortly after four juveniles walked away from a business. The surveillance footage, played at a news conference Tuesday, showed four people, one wearing a bright red sweater, walking away at a distance. Moments later several gunshots could be heard.

The newly released body camera footage shows an officer stopping and talking to two minors, and asking them if they may have played with anything that looked like a gun. About five minutes later, two others who had run away walked back towards police, stating they were not involved in the incident police were looking into.

Police continued to talk to the minors. An officer explained that one of the boys — who was wearing a partially red hoodie — looked like one of the suspects seen on surveillance footage. During the ordeal, police patted down the minors for a gun and did not find one.

About 23 minutes into the incident, officers announced to the minors they were being detained.

“So why are y’all arresting us,” the teen asked, to which an officer replied, “Because there’s video of you guys shooting a gun.”

The younger children then erupted in verbal protests, telling police they didn’t have a gun, as they had their hands behind their backs to be handcuffed.

Officers loaded them into the back of their squad cars as the department reviewed the surveillance footage. An officer allowed the 16-year-old to call his mother, Toshira Garraway, who rushed to the scene and advocated for the children’s release.

Minutes after Garraway’s arrival, the minors were released from custody after officers determined the group was not the same youths seen in the surveillance footage.

Garraway said the four had walked from their homes to a McDonalds.

On Tuesday, Maplewood Police Lt. Joe Steiner said the use of handcuffs was for the safety of the minors, the officers and the public.

Attorney Jeff Storms questioned why officers stopped the four, when they didn’t appear to look like the juveniles in the surveillance footage.

“Other than the fact there’s four of them, they don’t match the description of what was seen in the camera that was clearly a group entirely comprised of older kids and wearing different colored clothing,” Storms said. “Even those kids, you don’t see them fire a gun either. There are sounds of gunshots, but those sounds could have been coming literally from anywhere.”