Mayo expert backs COVID-19 vaccines despite having possible side effect 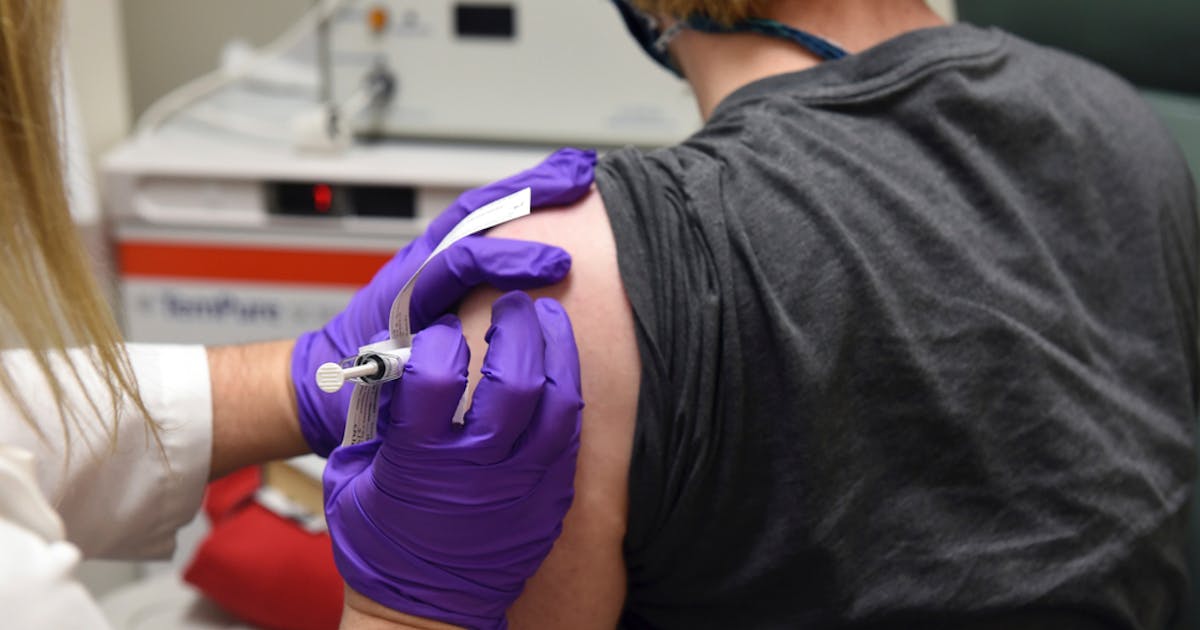 A Mayo Clinic expert remains bullish about COVID-19 vaccines and their role in countering the pandemic despite suffering severe ear-ringing, or tinnitus, after his second shot last year.

Dr. Gregory Poland said he is frustrated by the piercing ear-ringing, which started 90 minutes after his second COVID-19 vaccine shot. He teared up recently when he realized he might not hear silence again.

However, the director of Mayo’s Vaccine Research Group said he isn’t second-guessing his medical advice or personal decision, because both rest on research showing complications are far greater from COVID-19 than the vaccine. Emerging data suggest a rare risk of tinnitus from vaccination, but Poland said more research is needed.

“There’s no reason I should escape a side effect any more than anybody else,” he said. “Just because I’m a vaccinologist doesn’t make me immune to side effects. The issue will be to determine how big of a risk of a side effect this is and then figure out what causes it.”

Few advocates have been as blunt as Poland, who has blamed “ignorance” and “scientific illiteracy” for lagging COVID-19 vaccinations. Nearly 80% of eligible Minnesotans 5 and older have received some COVID-19 vaccine, but the state estimates that only 49% are up to date — meaning they completed the initial series and received scheduled boosters.

Poland said his ear-ringing is constant, preventing him from getting back to sleep if he wakes in the middle of the night. He has used mind tricks to reduce it, imagining a volume dial and turning it down to mentally suppress the ringing. The doctor said he feels no comeuppance or irony about his apparent vaccine side effect.

“I have gotten hundreds of e-mails and phone calls from people around the world that have had this strange thing happen to them after getting the vaccine,” he said. “Now, the next thing you have to say is, ‘Knowing all this, would you do it over again?’ And the important answer is yes. In fact, I did do it over again. I got my booster dose, my third dose.”

Vaccine has proven effective in Minnesota. The roughly 21% of Minnesota adults who are unvaccinated have made up 59% of the state’s COVID-19 deaths since April 2021 and 66% of its hospitalizations, despite being a younger and lower-risk population.

However, health officials are concerned that waning immunity already has reduced vaccine effectiveness and a low booster rate could make Minnesotans vulnerable again. While COVID-19 levels are low in Minnesota, infection numbers are increasing slightly because of a fast-spreading BA.2 coronavirus subvariant. COVID-19 hospitalizations rose from 183 on April 10 to 226 on Monday.

Poland said it is vital to maintain public confidence in vaccines by thoroughly studying side effects and putting them into context. Research last year identified an elevated risk of myocarditis, or heart inflammation, that was more common in younger men who received the two-dose Pfizer and Moderna COVID-19 vaccines. But the risk turned out to be greater from COVID-19 itself.

Mayo last week published a review of 47,999 of its patients who had received third booster doses of the Moderna or Pfizer vaccines and found no increase in serious adverse events, such as myocarditis or severe allergic reactions, when compared with earlier doses. Fatigue, nausea and headache were common, though.

“For every side effect that we know about with the vaccine, the risk of that side effect is far higher from the disease,” he said. “So I often say to people, ‘Which risk do you want? There is no risk-free option.’ “

Vaccine skeptics see the balance differently — arguing any risk from the vaccine could be unnecessary because there are other ways to prevent and overcome COVID-19. A State Capitol event on Wednesday will feature Minnesotans who reported serious health problems after their shots and promote legislation against workplace and other vaccine mandates.

“Vaccine damage is an inconvenient truth” that politicians and public health leaders haven’t acknowledged, said Patti Carroll of the Vaccine Safety Council of Minnesota, which organized the event.

Tinnitus was a mystery, afflicting one in 10 American adults before the pandemic. The temporary or chronic condition often occurs after infections but doesn’t produce physical symptoms or show up on imaging scans.

The condition already is a listed risk of the single-dose Johnson & Johnson vaccine and is being reviewed by the World Health Organization as a possible rare side effect of other COVID-19 vaccines. More than 15,000 claims of tinnitus following COVID-19 vaccination have been submitted to the U.S. Vaccine Adverse Event Reporting System — including 271 claims out of 4.2 million vaccine recipients in Minnesota.

VAERS provides an early warning of side effects but is not an official tally, as it includes duplicate claims and injuries that end up unrelated to vaccination.

Poland said there have been high-profile reports of COVID-related tinnitus. A Texas restaurateur died by suicide last year after struggling with post-COVID symptoms, including loud tinnitus.

Poland said he wondered whether a booster would exacerbate his ringing but followed medical recommendations to get the third shot and improve his immunity. The ringing subsided briefly, he said, but returned at a higher pitch.