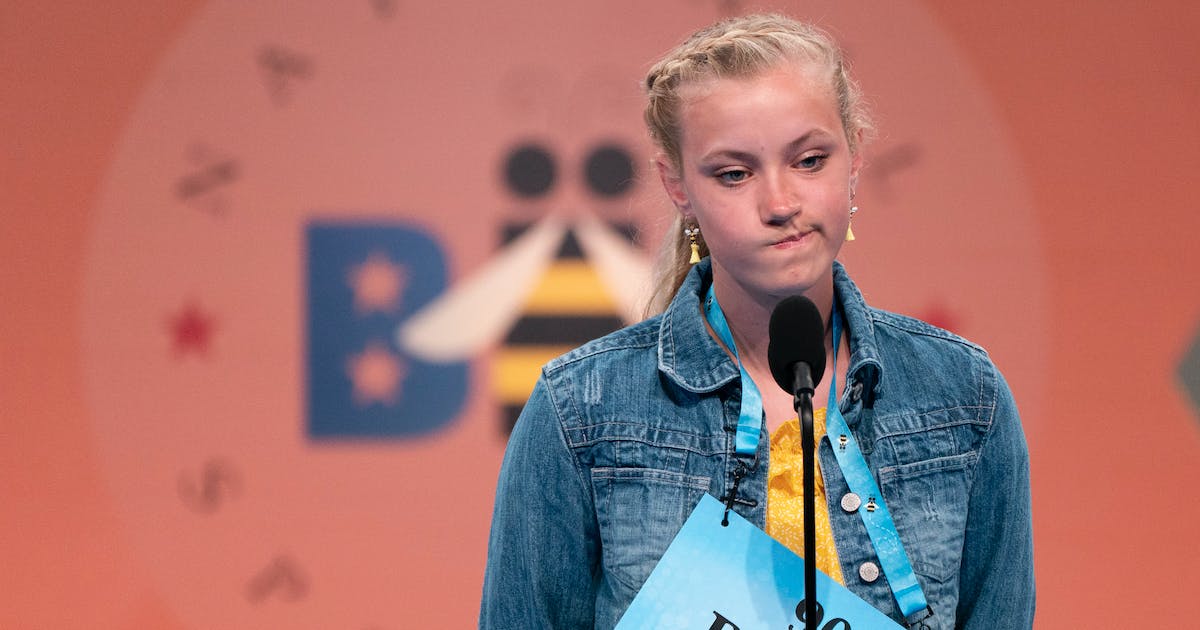 Minnesota’s top spellers faced off against opponents from across the country Tuesday at the Scripps National Spelling Bee in Oxon Hill, Md.

More than half the participants were eliminated on the first day of the competition, which took place in person for the first time in three years. The five students representing Minnesota are Nesika Bellville, 14, of Longville; Levi Gould, 12, of Fergus Falls; Moksh Kanukurthy, 11, of Arden Hills; Brielle Brown, 13, of North Mankato; and Sam Passe, 14, of Wabasha.

In all, 229 spellers competed. All the Minnesota students were eliminated on Tuesday.

Spellers were greeted with a new preliminary-round format that gave them no time to get comfortable.

Competitors had to get through three words in one turn at the microphone to advance to Wednesday’s quarterfinals. First, a word from a provided list of 4,000 — more than twice as many as in years past. Then a multiple-choice vocabulary question about a word on the same list. Finally, they had to spell a word that could be found anywhere in Webster’s Unabridged Dictionary.

In years past, the early onstage spelling rounds did little beyond weeding out the weakest or most nervous spellers. The real action was a written test that determined who would make the cut for the semifinals.

But at last year’s mostly virtual bee, the bee’s new executive director eliminated the test, and that structure continued as spellers took the stage for this year’s fully in-person competition.

“The prelims is no joke. Every stage of the bee is so important,” said Dhroov Bharatia, a 13-year-old from Plano, Texas, who finished fourth last year.

The Associated Press contributed to this story.