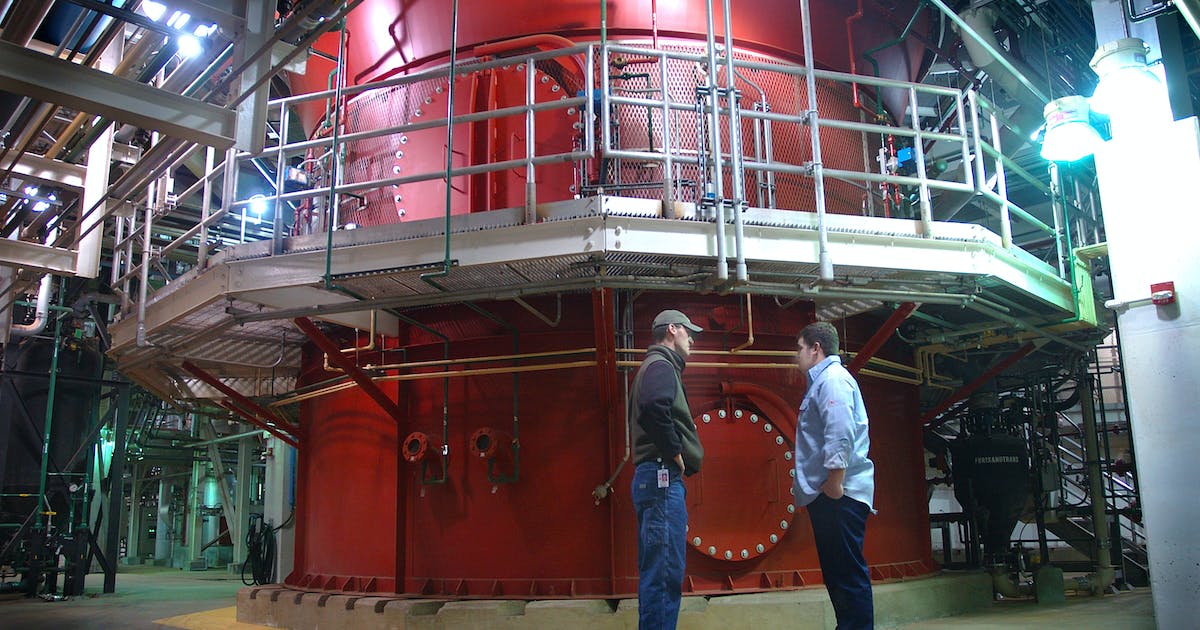 The majority of the Twin Cities’ wastewater is treated in St. Paul at a sprawling plant near the Mississippi River.

Plans are now in the works to expand the Metropolitan Wastewater Treatment Plant, but some residents are questioning if it’s fair to ask St. Paul to shoulder even more of that burden for the region.

Metropolitan Council Environmental Services plans to add a fourth incinerator at the St. Paul site, which is located next to Pigs Eye Lake, a backwater of the Mississippi River. Existing incinerators torch solids removed from the wastewater, which is also treated at the site. That wastewater comes from 66 communities. The Met Council also trucks in wastewater solids from four smaller wastewater plants to incinerate in St. Paul.

Met Council staff say the new incinerator is needed to maintain existing operations and create additional capacity for the growing Twin Cities region. They say both are important to protect human health and the environment.

“We are looking 30 years out. We will need more capacity to process higher volumes of wastewater solids,” said Tim O’Donnell, a senior information coordinator with Metropolitan Council Environmental Services. “Secondly, adding this capacity in the near term allows us to take each of the three existing incinerators offline for needed rehabilitation.”

O’Donnell said the other three incinerators have been operating since around 2005.

The St. Paul facility is the largest wastewater treatment plant in the state, accepting more than 180 million gallons of wastewater per day, generated by 1.8 million Twin Cities area residents when they flush toilets and use sinks or showers. The plant has operated at that site since the 1930s.

The Met Council has applied to amend the facility’s current air emissions permit and submitted an environmental assessment worksheet with the Minnesota Pollution Control Agency (MPCA). They hope to gain those MPCA approvals and start construction in 2024.

“Our role is to ensure the proposed project is in compliance with all state and federal air regulations,” said MPCA engineer Bruce Braatan.

That permitting process has triggered a series of community meetings. So far, neighborhood groups are not formally opposing the expansion but many are asking questions about fairness and environmental justice.

“There is concern,” said Monica Bravo, executive director of the West Side Community Organization, the neighborhood group located on the opposite bank of the river. “The West Side already disproportionately shoulders the environmental harms of the city. We have several toxic sites. Anything new that is coming is going to put people on high alert.”

West Side neighborhood leaders are partnering with the Sierra Club to prepare for an upcoming public comment period.

John Slade, interim executive director of St. Paul’s Southeast Community Organization where the plant is located, said officials gave a presentation to their group this spring. Neighborhood leaders are still learning about the proposed expansion.

“If there something new going in there, we would like to have it be to the current highest standard of pollution control technology,” Slade said.

According to Met Council, its incineration facilities have “one of the most advanced, highest-performing, and state-of-the-art air pollution control systems in the country.”

Council officials say the fourth incinerator is the most cost effective way to meet the region’s wastewater needs with the lowest community impact.

Incineration “reduces the quantity of solids by 95% and eliminates pathogens,” according to the Met Council. The air is then treated multiple ways including with carbon injection, a baghouse filter, wet scrubber, and a wet electrostatic precipitator before being released. This reduces mercury, particulate matter, heavy metals and acid gases in the emissions.

“We did evaluate a full range of alternatives. We feel that continuing with this proven and effective solids processing technology will really be the most sustainable option,” O’Donnell said.

This most recent round of community outreach led by the MPCA has generated more response.

“We make sure we are out there sharing what’s happening, and, yes, we’ve heard there is a large concern in that area,” said Jose Luis Villasenor, MPCA’s environmental justice outreach coordinator.

The MPCA is sharing community feedback and questions with the Met Council.

“We did have a question about whether it make sense to locate this facility in another part of the metro area at another treatment plant to try and spread out any impacts to a larger area,” O’Donnell said. “The difficulty with that though is this is the largest treatment plant by far in the Twin Cities area. It is about 10 times larger than our second- and third-largest plants.”

Building the incinerator elsewhere would create other issues.

“Even it we tried to do that, we add massive amounts of trucking of the wastewater solids to these other facilities,” O’Donnell said. “For economies of scale, it really helps to have these four incinerators operating side by side.”

St. Paul City Council Member Jane Prince, who represents the East Side, said she and others are fighting for environmental cleanup in the Pigs Eye area and just received some legislative funding, so it’s disheartening to know that more pollution could be coming..

“It’s very concerning,” Prince said. “It will be easiest for the Met Council if we continue to handle all of it. But it’s our job to protect the air we breathe and our neighborhoods.”