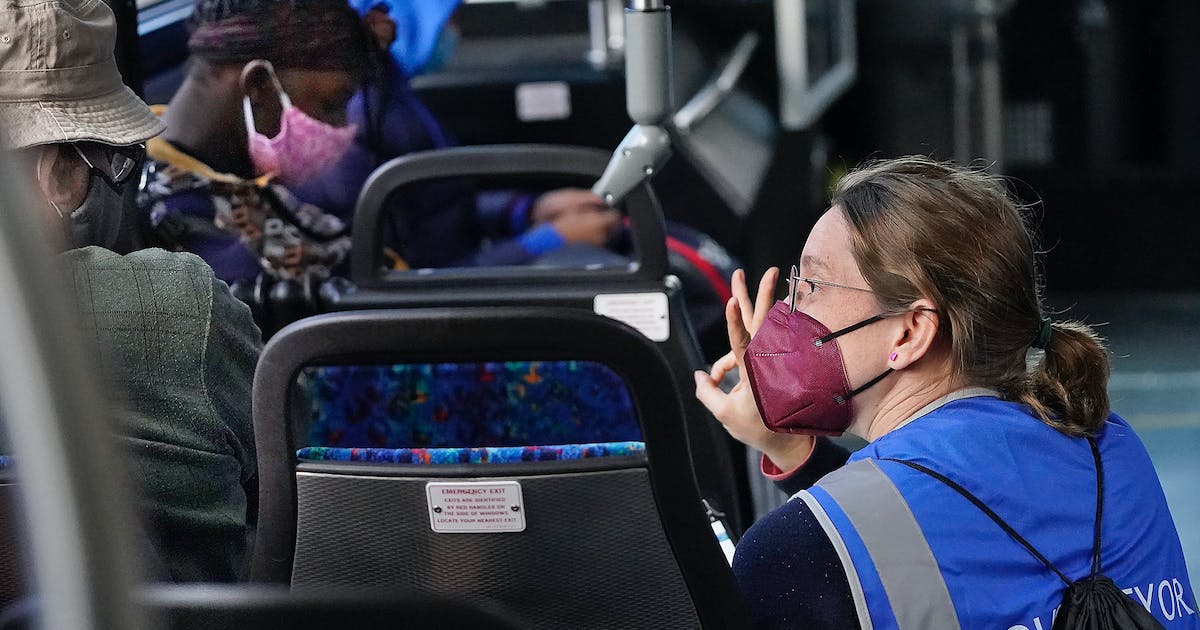 Results from a survey taken last fall aboard Metro Transit’s most popular bus and light-rail routes provide a fascinating snapshot of ridership on public transportation during the COVID-19 pandemic.

The Metropolitan Council’s On-Board Survey, which queried some 4,000 riders, indicates that older men, passengers with disabilities, people earning less than $60,000 a year and people of color made up Metro Transit’s core ridership during the pandemic.

“This will help us understand who’s on board and what they’re doing,” said Eric Lind, research and analytics manager for Metro Transit, during a Met Council Transportation Committee meeting this week.

Transit ridership plunged during the outbreak as remote work flourished and the downtowns of Minneapolis and St. Paul emptied out. But passengers are starting to come back, according to Metro Transit; it reported this week that ridership now has risen to half of pre-COVID levels, compared with a 70% drop at the height of the pandemic.

The survey has been done every few years since 1990, providing transit officials with information to improve service and plan new routes. But this time around, it has taken on added significance because of COVID-19.

A broader survey will be done this summer and fall by about two dozen tablet-toting surveyors, sampling passengers on routes provided by all transit agencies in the Twin Cities. They hope to collect about 15,000 responses.

The preliminary data indicates Metro Transit retained a greater share of trips made by Black, Hispanic/Latino and Indigenous passengers when compared with similar results from 2016.

“When you look at the overall composition of the ridership from a race and ethnicity standpoint, it’s definitely gotten less white, but it’s also not terribly different from what it was before COVID,” Lind said.

In addition, the share of trips made by passengers with disabilities increased from 11% to 18% between 2016 and 2021.

“The people we are serving on Metro Transit on these routes who identify as having a disability are largely still using our service during COVID,” Lind said.

More men stuck with transit during COVID — they made up 57% of passengers, while women comprised 40% — and they skewed older, roughly age 45 and up, according to the survey.

When asked by a Met Council member if fewer women are taking transit due to public safety issues, Council Data Scientist Ashley Asmus said the survey didn’t ask passengers about their perceptions of safety while on board.

But Asmus said later that academics and other transit agencies have found that women consistently list safety as a top concern when taking public transportation. Men appear more interested in “convenience and speed,” she said, citing a 2019 study from the Los Angeles County Metropolitan Transportation Authority.

The Met Council’s survey results indicate that only 40% of the 2016 riders making less than $60,000 annually were retained last year. Results show a smaller share of passengers were employed and that fewer students took transit in 2021.

The survey also focused on the types of trips passengers took. The greatest share were for errands and shopping — “grocery, pharmacy, basic life errands that people who use transit do,” Lind said.

The biggest decline from the 2016 survey results was in the number of daily passengers heading to Minneapolis-St. Paul International Airport, dovetailing with the nosedive that air travel took during the height of the pandemic and the drop in airport workers after shops closed or reduced their hours.

The survey found that morning and evening rush hours, when daily transit ridership used to peak, has flattened out. “The ridership patterns that we’ve seen have changed from really sharp peaks to a more gentle rise and fall,” Lind said.

The preliminary survey results were gleaned from passengers on the Green and Blue light-rail lines, the A and C arterial bus-rapid transit lines, and local routes 2, 3, 5, 6, 10, 18, 19 and 21. The surveyed lines represented about 64% of Metro Transit ridership in 2021.