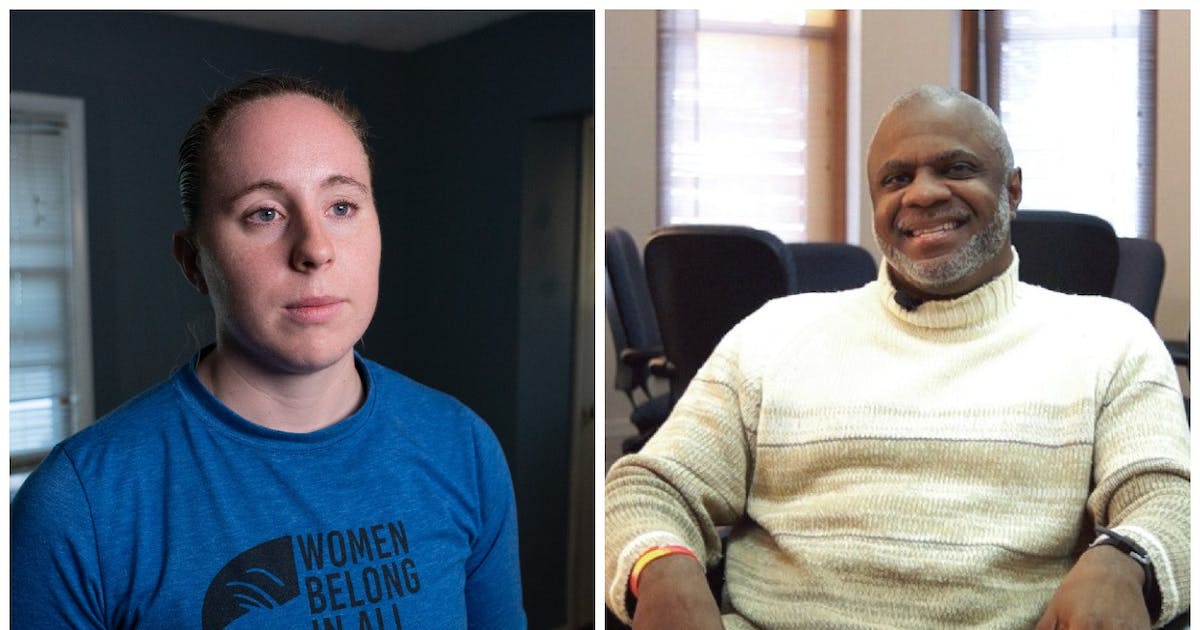 The city of Minneapolis will pay more than $200,000 to settle separate discrimination claims by two former police officers, who were both disciplined after speaking out against the department’s internal policies and culture.

Former Deputy Chief Art Knight, who is Black, was stripped of his rank in 2020 after criticizing the agency’s hiring practices in a newspaper article. He sued the city last year, contending that the demotion was retaliation for continuing to “tell the truth about hiring and recruitment policies that have a disparate impact on minorities who want to become police officers.”

Former officer Colleen Ryan filed a complaint with the Minnesota Department of Human Rights alleging that MPD leadership discriminated against her because she’s a lesbian who advocated for “women and queer officers” in the workplace. She quit last fall after more than six years on the job, enduring harassment in what she described as a misogynistic and homophobic culture — with a cult-like adherence to former President Donald Trump — running deep within the department.

After a closed door session Thursday, nine City Council unanimously agreed to award $133,600 to Ryan and $70,000 to Knight. A Minneapolis police spokesman referred comment to the city attorney’s office, who declined to comment.

The settlements come at a particularly sensitive time for Minneapolis, which has already paid out millions of dollars to settle claims of police brutality for officer misconduct in the week following George Floyd’s murder, and remains under intense pressure to reform policing in the city.

Last month, the Minnesota Department of Human Rights released a report condemning MPD for engaging in a pattern of race-based policing that “results in officers unnecessarily escalating encounters or using inappropriate levels of force.” It also found Minneapolis police officers frequently use racist and sexist language, even to describe fellow officers.

After 30 years on the force, Knight developed a reputation as an outspoken officer, always willing to be candid with politicians and community members alike.

But Knight’s comments in an October 2020 newspaper story about law enforcement efforts to attract and retain recruits of color sparked an internal backlash.

Former chief Medaria Arradondo, who is also Black, removed Knight from his leadership position the same day the article appeared in the Star Tribune, in which Knight was quoted as saying that unless the MPD changed its tactics to recruit, train and promote, it would continue to “get the same old white boys.”

Some rank-and-file cops decried his language as unnecessarily divisive, while Knight’s supporters argued the backlash was rooted in “white fragility” around having uncomfortable, but necessary, conversations about race.

Nine months later, Knight filed a lawsuit with the city alleging that the demotion was part of a pattern of discrimination he faced as a vocal Black officer. A return to his civil service rank of lieutenant would cost him his reputation and his role in the police administration “where he stood a chance at making changes within the department that murdered George Floyd and so desperately needs to better reflect the community it’s sworn to protect,” according to the suit.

Knight remained on unpaid medical leave while much of the case was pending. Following Thursday’s settlement agreement, his lawyer released a statement saying that Knight is ready to put this chapter behind him.

“For some three decades, Art Knight served his community with valor. And if you live in or near this City, you know that as a black man he did so in an environment that was challenging, to put it lightly,” said Minneapolis attorney Ben Kwan. “…He can now focus on healing the wounds caused by the work, and soon transition to life as a civilian. For that, he is grateful.”

In her human rights complaint, Ryan alleged police leaders denied her a field training officer position because of her “sex and/or sexual orientation.” The complaint cited her discipline for giving an unsanctioned, anonymous interview to GQ Magazine following the murder of George Floyd, in which she critiqued a toxic, para-militant police culture in Minneapolis that breeds dangerous officers like Derek Chauvin, who was convicted in Floyd’s murder.

The department had recently promoted two straight men on her shift with more recent and egregious misconduct, the complaint says. One violated the department’s search and seizure policy, Ryan said, and the other faced an open DWI case. When she raised this disparity, the sergeant said the police force could not risk Ryan putting her “personal agenda above the department while training new recruits out on the streets,” according to the human rights complaint.

Ryan declined to comment on the settlement, but in an interview with the Star Tribune last fall, she said she joined the Minneapolis Police Department to help victims of domestic violence and sexual assault, with hopes of changing a historically male-dominated, machismo culture from the inside.

Ryan, a staunch Democrat, said the department became enamored with Trump’s “Back the Blue” politics. Fellow officers turned on Ryan when they learned she supported Hillary Clinton — who they perceived to be anti-cop — for president in 2016 and participated in St. Paul’s Women’s March in 2017.

Other officers refused to partner with her and stalled in backing her up during dangerous calls, sometimes late at night in north Minneapolis, she said.

Ryan shared images with the Star Tribune of meme printouts that began appearing near her locker after officers discovered she favored Clinton over Trump. One showed a photo of three women in police uniforms over a message boasting the empowerment of learning to shoot and wearing a bullet-resistant vest — “not wearing a [expletive] ridiculous pink hat and ‘protest,'” a reference to the signature pink hats worn in the Women’s March.

“It was very clearly targeted at me, because I was the only liberal officer in the precinct,” said Ryan. “The sergeants, lieutenant, inspector — everyone was aware of it.”