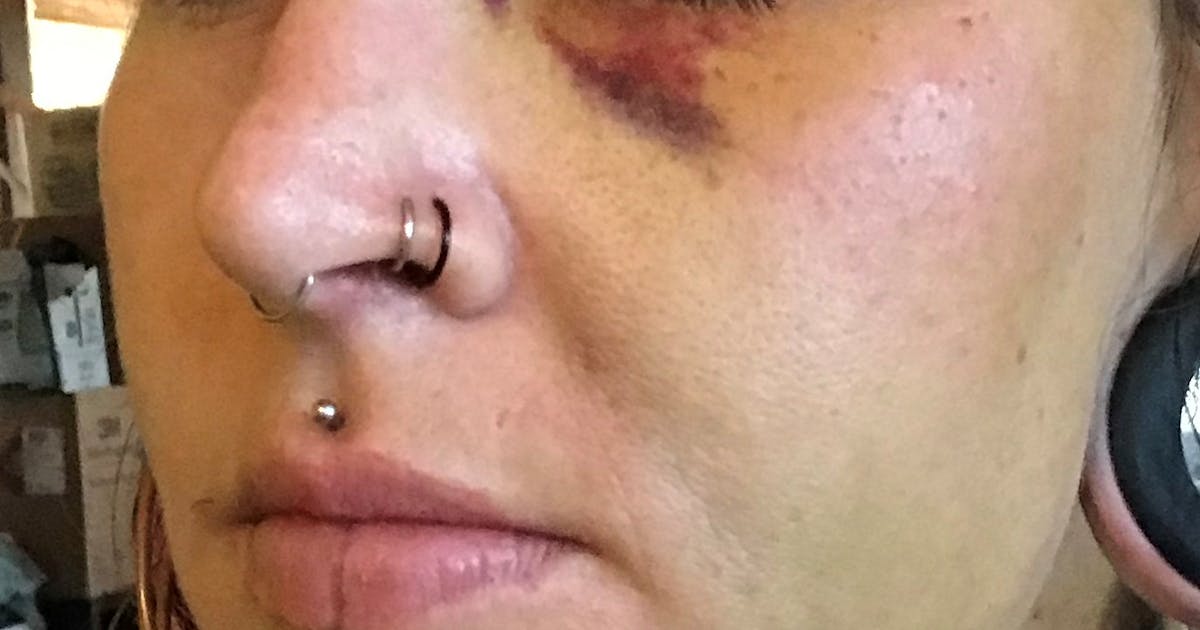 The Minneapolis City Council approved payouts of $900,000 each on Thursday to two women who say police shot them in the face with projectiles while they peacefully protested the murder of George Floyd in spring 2020.

Ana Maria Gelhaye and Samantha Wright alleged in separate federal lawsuits filed last year that the “less-lethal” projectiles fired by Minneapolis officers left them with permanent eye injuries, after they joined the thousands of demonstrators in south Minneapolis in the week after Floyd’s murder on May 25, 2020.

The total of $1.8 million in settlements is the latest in a flurry of costly payouts for Minneapolis in what a city-commissioned report described as a bungled and disjointed response to the protests and riots. The city agreed to pay another $2.4 million last month to Soren Stevenson, who lost his left eye to a 40mm blunt-impact projectile while standing with a group of other protesters before police issued a dispersal order.

Gelhaye of St. Paul was livestreaming a protest to Facebook outside the Third Precinct on May 27, 2020, when an unknown officer shot her in the face with a projectile, sometimes called a rubber bullet, according to her lawsuit. The suit included analysis from medical professionals who said Gelhaye suffered iris and retinal trauma, psychological damage and other permanent injuries that incurred expensive medical bills.

“Making matters worse, no MPD officer rendered aid to Gelhaye after she was shot,” according to the suit. “Instead, several bystanders (who happened to be nurses or medical workers) provided immediate first aid on the street and then at Moon Palace Books, a store in the area, before rushing Gelhaye to Abbott Northwestern Emergency Department.”

Three days later, Wright participated in a protest near Lake Street and S. Nicollet Avenue, according to her lawsuit. Though she did not take part in rioting or looting, police officers “gratuitously struck her several times with ‘less lethal’ projectiles, the last of which struck her left eye,” according to the civil complaint.

The projectile shattered her orbital eye socket and left permanent damage, according to the suit. “Wright must continue to heal and learn to adapt to a new way of life, she does not anticipate returning to anything approaching her usual work life for at least three months from the date the injury occurred,” the lawsuit says.

Gelhaye and Wright alleged the Minneapolis police violated their constitutional rights to participate in protests and remain free from excessive force.

The Minneapolis City Council approved the settlements in a closed session Thursday in 10-1 votes, with Council Member Aisha Chughtai casting the lone “no” vote for each.

“No amount of money can compensate for what happened to my client. The city should ban the use of 40mm rounds at protests,” said Wright’s attorney, Tim Phillips, in a statement Thursday.

The Minneapolis City Attorney didn’t immediately reply to a request for comment.

A video of a Minneapolis police officer pinning Floyd’s neck to the pavement with his knee for more than 9 minutes on May 25, 2020, prompted global protests that sometimes devolved into looting and arson. In the Twin Cities, at least two deaths were reported. More than 1,500 businesses reported an estimated $500 million in damages.

The day after Floyd’s death, police began using rubber bullets and chemical irritants on crowds outside the Third Precinct.

An after-action report, conducted by Maryland-based risk management firm Hillard Heintze, found that poor communication, exacerbated by officers’ frustration with the competency of command staff, resulted in an uneven law enforcement response that those throughout the ranks agreed “did not go well.”

“There was a vast, vast void in consistent rules of engagement and control” regarding use of chemical munitions and less-lethal rounds, said Chad McGinty, one of the report’s researchers.

The report said researchers could not find clear evidence that officers told people to disperse before firing. The report’s authors wrote that they could not accurately account for all the munitions used “due in large part to the lack of accountability and supervisory oversight for munitions and officer deployment, leaving the question of the early use of any impact rounds unanswered.”

Several other lawsuits are pending that allege incidents of police brutality during the protests and riots. Photojournalist Linda Tirado lost her eye to a projectile the same night Wright was struck. Her suit alleges the city, the police and former Minneapolis police union president Bob Kroll conspired to deprive journalists of their constitutional rights during the unrest.