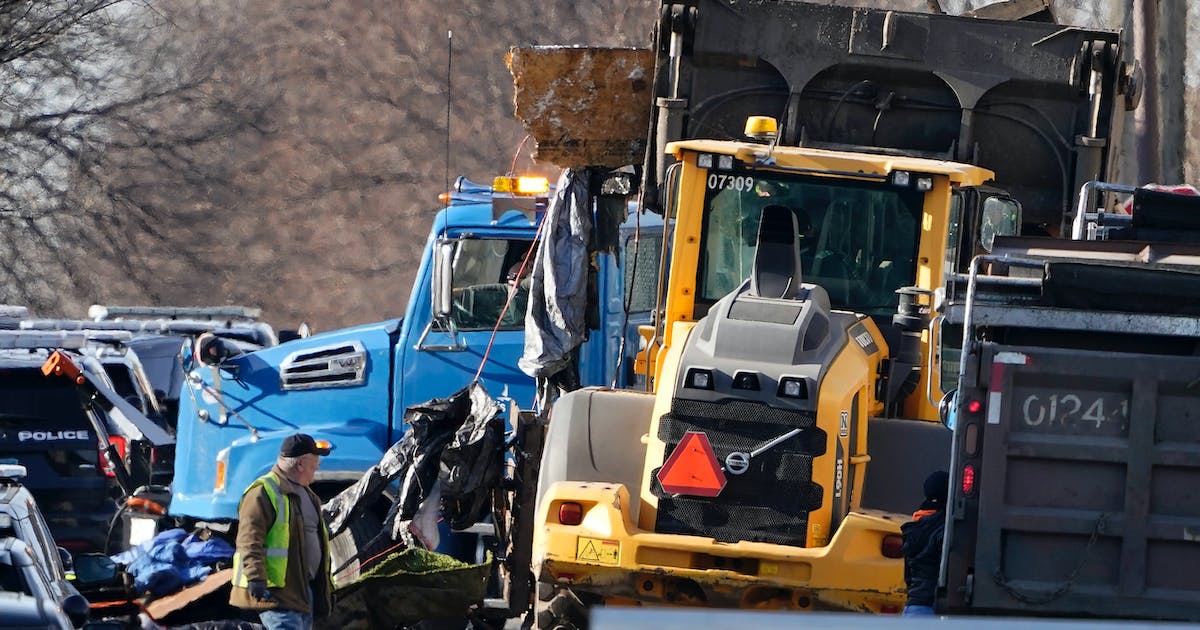 City crews tore down a Minneapolis homeless encampment off Lake Street early Tuesday as camp residents watched in despair from across the street.

Police blocked off the nearby streets with more than a dozen squad cars and surrounded the area with yellow tape as city-owned vehicles cleared the tents. Within the past year, the city has cleared more than 10 encampments and is monitoring at least a dozen more.

“This is not how you treat people,” camp resident Casandra Beckwith said as she watched the crews Tuesday. She left the camp a few hours earlier to buy cigarettes and food and returned to what looked like a crime scene. “I thought someone got shot. They could have at least given us enough time to get our things.”

The camp, which was on city property at 2933 5th Av. S. in the Phillips West neighborhood, was a temporary home for more than 20 homeless adults. The encampment posed significant health and safety concerns and was the target of complaints from neighboring residents and businesses, city spokeswoman Sarah McKenzie said in a statement.

“These encampments are not safe for people who live in them or the neighboring residents and businesses,” McKenzie said.

She disputed that the city gave residents no time to prepare to move out. “They had two hours to pull things together, were offered rides, and had storage options made available,” she said.

Duke Cano, the owner of a nearby auto repair shop, said to curb the crisis in Minneapolis, the city should step up and help provide services for the homeless campers, such as recovery help for those with drug and alcohol addictions.

“The city needs to go further and try to get these guys in rehab so that they can be successful in life. Otherwise, this is not going to end,” said Cano, who in the past has given out free meals and tapped some of the camp residents to do cleaning jobs.

During Tuesday’s sweep, camp residents Raymond Pimentel and Kenny Edwards asked officers to let them recover their belongings from the rubble or get a police report. Pimentel wanted his medications and Edwards, a veteran who had left the Army after being injured in the Iraq war, wanted to fetch his documents and identification.

Both said they were shooed away by police and told to call 311, the city’s information and services number, for help.

The men say they have stayed at the camp for more than a year and that camp residents made an effort to clean the place, picking up needles and syringes in the area. The community had no issues with the encampment, they said.

“Of course, there were things that weren’t good like stealing and drugs,” said Edwards, who was sporting his combat shirt. “But we tried to keep it nice for us and the community and we tried to maintain peace.”

Meanwhile, Sheranda Rose wept on the side of the street carrying a blanket on her back. She said she woke up to the loud voice of police ordering her to grab her belongings and leave the camp.

With 82 beds open in the shelter system as of April 18, the city said it plans to close the remaining homeless encampments on public and private properties. Residents at Tuesday’s camp were offered shelter options, and some were receptive, McKenzie said.