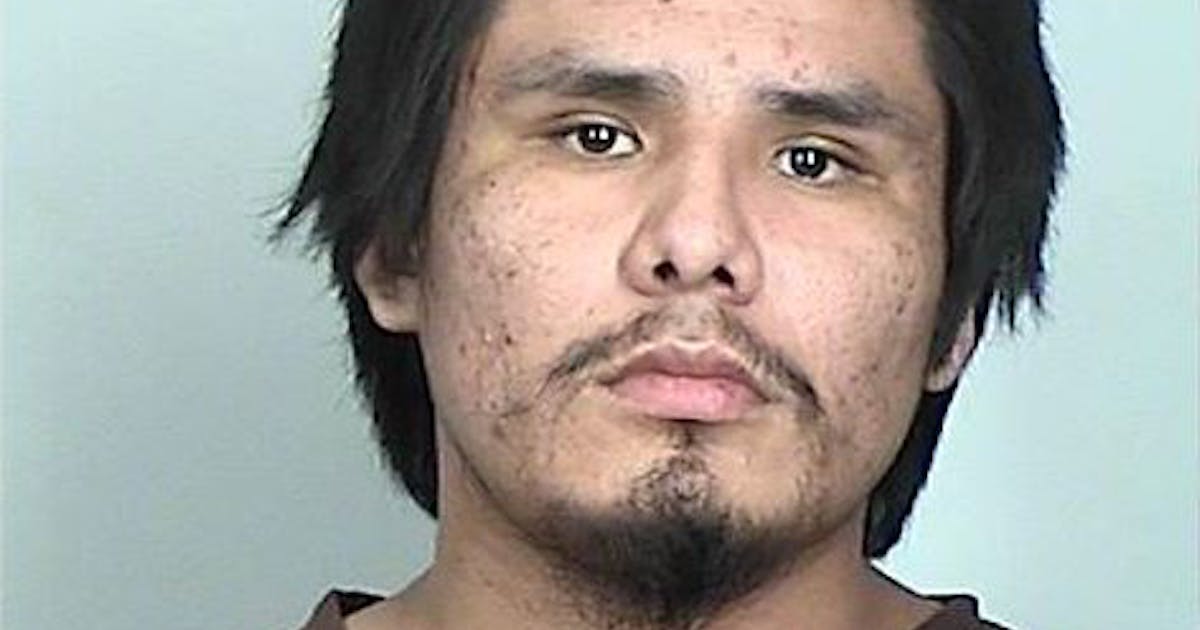 A Minneapolis man has received a term of more than 15 years in federal prison for a string of violent carjackings over a five-month span across the Twin Cities that prosecutors say was just a fraction of his larger year-long crime spree.

Jeremiah L. Ironrope, 25, was sentenced Tuesday in U.S. District Court in Minneapolis after pleading guilty to carjacking and using, carrying and brandishing a firearm during a violent crime.

“This disturbing wave of carjackings throughout the Twin Cities is eroding our overall sense of safety and security,” U.S. Attorney Andrew Luger said in a statement released after Ironrope was sentenced.

The carjackings, five in all, began in Maple Grove on July 26, 2020, and continued until Christmas Day of that year in St. Paul. He had an accomplice for the first three and went solo for the last two, according to prosecutors. Victims were also preyed upon in Richfield and St. Louis Park.

Ironrope brandished a gun in three of the carjackings and beat the drivers in two of them.

In a presentence filing that urged Judge Patrick Schiltz to impose a prison term closer to 17½ years, the prosecution noted that Ironrope’s crimes “contributed to [an] astounding and unprecedented surge in carjackings in the Twin Cities metro area since 2020.”

“These attacks are often swift and frightening for the victims, and feel akin to ambushes,” the filing continued. “The attacks also terrorize the community writ-large and undermine citizens’ collective feeling of safety in their homes and streets.”

Ironrope’s third carjacking, in Richfield on Aug. 28, 2020, proved to be the most threatening to the broader public. According to court documents:

Ironrope and Krisanne M. Benjamin, 26, parked an SUV near a car. Ironrope pointed a sawed-off shotgun at the driver and demanded his car keys. Ironrope drove off with the car, while Benjamin followed in the SUV.

Early the next day, the State Patrol located the stolen car, which was occupied by Ironrope and Benjamin. Officers attempted to stop the vehicle, but Ironrope sped off while cutting across multiple lanes of traffic, swerving between cars and running red lights.

Law enforcement eventually found the car running unoccupied in Minneapolis and partly spray-painted black. Officers located inside the car a stolen wallet, bottles of spray paint, a hat, gloves, receipts and a spent shotgun shell under the driver’s seat.

Ironrope “compounded his crime by leading police on a dangerous high-speed chase in the stolen vehicle during which he put still more lives at risk,” the prosecution’s pre-sentencing filing read.

Ahead of sentencing, defense attorney Patrick Cotter argued for a 12-year term for Ironrope. Cotter wrote that all his client knew while growing up on the poverty-stricken Pine Ridge Indian Reservation in South Dakota was “abandoment, alcohol abuse and addiction.”

Ironrope suffers from fetal alcohol syndrome and depression, had unstable parents and became a father at age 14 with a woman who was 19 at the time, Cotter wrote.

Along with the carjackings, the federal prosecutors pointed out in their pre-sentence filing that Ironrope has nearly two dozen other criminal cases pending in Hennepin County District Court in connection with alleged crimes from January 2020 until shortly before his arrest in January 2021. They include burglary, robbery, assault with a dangerous weapon and assault on a law enforcement officer.

Among the charges, Ironrope allegedly shot pepper spray into the eyes of the mother of his children during an argument a few weeks before the first carjacking. He then used his car to repeatedly ram and tip over a minivan occupied by the woman and another person as it traveled at least 45 miles per hour in south Minneapolis, the charges allege.

Ironrope’s federal sentence includes three years of supervision upon his release from prison. He’s also ordered to pay roughly $49,000 in restitution to his victims for injuries inflicted and the damage to their vehicles.

Schiltz sentenced co-defendant Benjamin, of Minneapolis, in January 2022 to eight years in prison, followed by two years of supervised release. She also was ordered to pay about $13,000 in restitution.