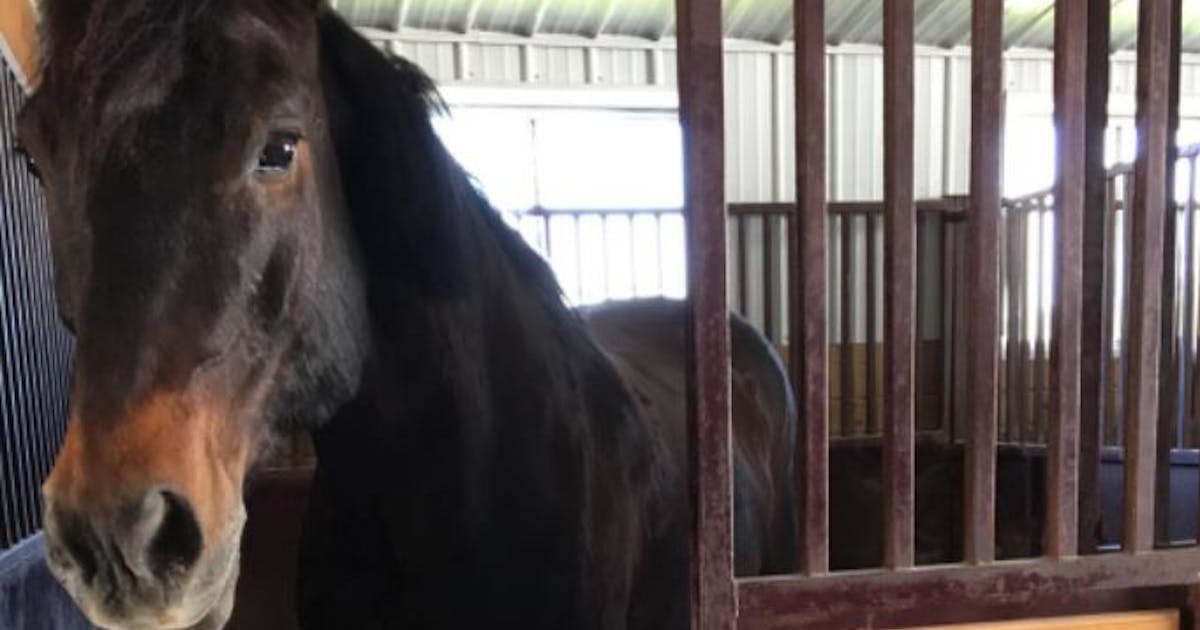 Members of the Minneapolis mounted patrol are mourning the loss of their “gentle giant” of a police horse, who had the ideal temperament for duties ranging from putting smiles on kids’ faces to bringing order to a chaotic street scene.

Caballo, more affectionately known as Cabo, died last week from colic, according to an announcement from the nonprofit that helps fund the patrol.

Cabo stood 17.1 hands tall, about 5 feet, 9 inches from the ground to the top of his shoulders, and “was an extremely talented, agile horse despite his large size,” the Minneapolis Mounted Police Foundation said in its Facebook posting.

On the first night of the civil unrest after the police killing of George Floyd in May 2020, when mounted officers first rode in, “no horses wanted to go anywhere near the crowd,” the ode to Cabo continued. “Cabo did not hesitate to push forward, guiding the other reluctant horses, demonstrating to them it was okay.”

The foundation explained that Cabo started showing symptoms of colic, the leading cause of death in horses because of their sensitive gastrointestinal tracts, on April 25.

He was rushed to a veterinarian for emergency surgery, but further complications set in, “and the difficult decision was made to have him peacefully euthanized,” the posting explained.

Sgt. Adrian Infante, who heads the mounted patrol as its executive director, said Tuesday, “Cabo was a phenomenal horse. This was what he loved to do. He loved to do police work.”

Infante, who had his share of turns riding Cabo, said, “He was huge in size; a gentle giant. … I think it was just that furry coat on him that gave him that little bit of an extra big teddy bear look.”

Cabo did it all for the mounted patrol in his 12-plus years serving the community, the sergeant said.

Cabo was born in 1997 and joined the mounted patrol in 2009 through a private donation. He was “working right until the end,” including at a training session less than two weeks ago and appearing in mid-April at the 2022 Minnesota Horse Expo on the State Fairgrounds, the sergeant said.

“We were looking to retire him this summer,” Infante said. “It’s too bad he didn’t quite make it.”

The patrol is a citywide unit based out of the downtown precinct. It has 20 riders, and 12 horses before Cabo’s death.

Infante said it’s his intention to have Cabo replaced and keep the stable count at an even dozen, with a donation, purchase or through a leasing arrangement.

In the meantime, Cabo will be remembered by the mounted patrol in a tribute yet to be determined that will be timed with the next graduating class of officers now receiving mounted patrol training.

“He was the prime example of the temperament that we look for … all the way from [being around] gunfire to a kid waving a little flag at him,” Infante said. “I was fortunate to ride him quite a bit.”