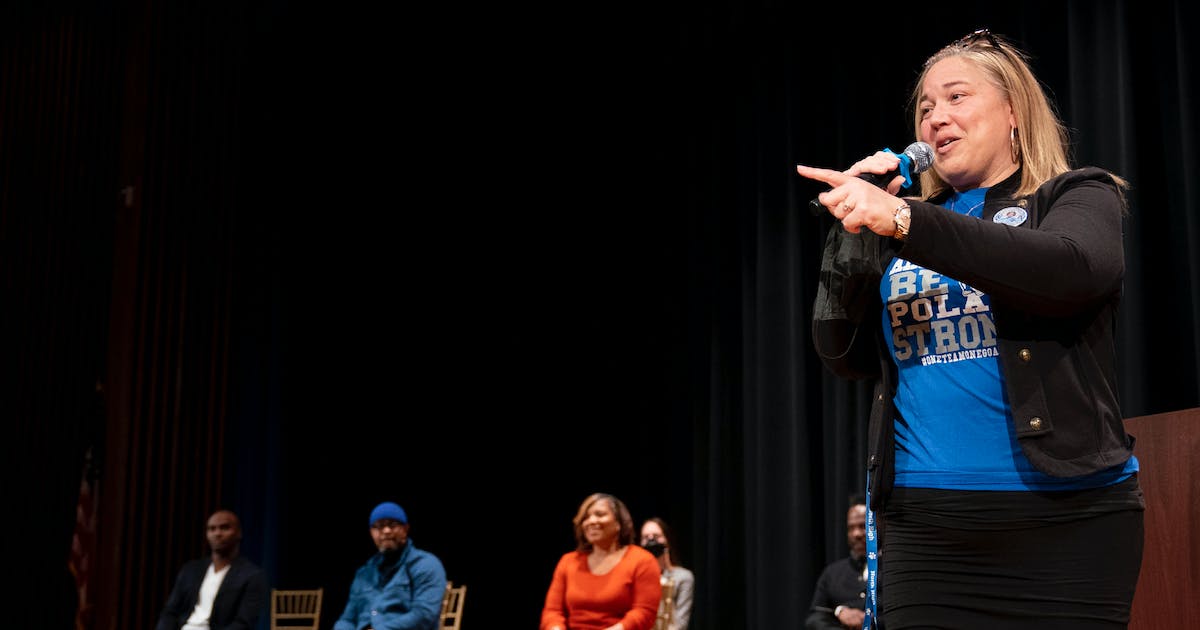 North High School Principal Mauri Friestleben said Friday that she’s no longer with Minneapolis Public Schools after participating with students in February in a civil action in response to the death of Amir Locke.

Friestleben, a popular figure in Minneapolis schools, said she knew she was defying the wishes of school district leaders when she encouraged students to make a plan of action to protest the death of Locke, according to a letter she sent to parents and students. Locke was fatally shot by Minneapolis police in February as they executed a so-called no-knock warrant.

“I encouraged our students to plan their own actions, I gave them examples of historical civil disobedience [like sit-ins] and pledged to join them in their action,” Friestleben wrote.

While the students and Friestleben were making their way to City Hall on Feb. 9, student Deshaun Hill Jr. was fatally shot while walking home from school, according to the letter.

“The tragedy of that day, though, will never be my termination … as a result of my choice to join my students,” Friestleben wrote in the letter. “That devastation [from Hill’s death] will always and forever overpower, for me, what was a lovely example of peaceful protest the Polars engaged in that day.”

Friestleben said she was “strongly advised” not to attend the sit-in with her students. She has “no ill will” toward Minneapolis Public Schools, she wrote.

“I will not hold anyone other than myself accountable for this outcome and ask others to do the same,” she wrote. Friestleben was unable to respond to a phone call for comment Friday evening.

Friestleben’s last day is Monday, according to a letter to parents and students from Associate Superintendent Shawn Harris-Berry. Michael V. Walker will take her place through the rest of the school year.

Walker is the founding leader of the Office of Black Student Achievement, which began at the high school in 2014. He recently obtained a doctoral degree in organizational leadership, policy and development.

“This past year has been a tumultuous one for your community, yet as the former principal at North, I know very well the resilience of your community,” Harris-Berry wrote in the letter.