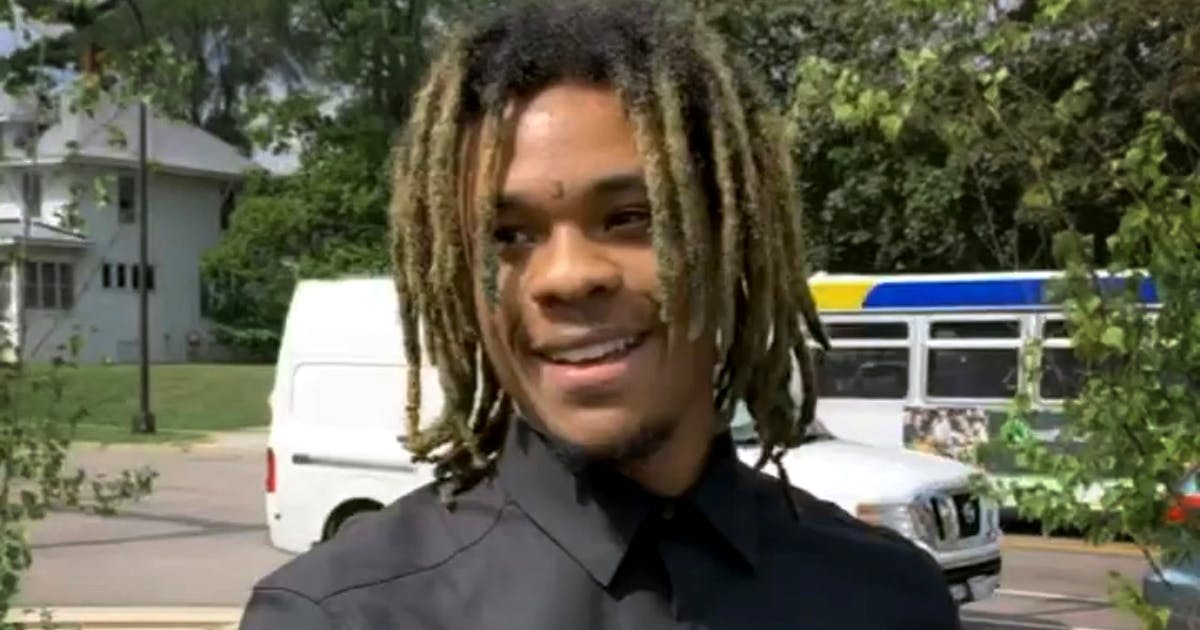 The Minneapolis police officer who fatally shot an armed 22-year-old Amir Locke during a SWAT raid in early February will not be charged with a crime, Hennepin County Attorney Mike Freeman and Attorney General Keith Ellison announced Wednesday.

Calling Locke a “victim” and urging policymakers to re-examine the police tactic of no-knock warrants, Ellison said the case was reviewed by his own office, Freeman’s and an independent investigator and all determined there is not enough evidence to prove beyond a reasonable doubt that officer Mark Hanneman violated Minnesota’s use-of-force statute.

“Current law only allows us to review the case from the perspective of a ‘reasonable police officer,'” Ellison said in a virtual news conference Wednesday morning. “It would be unethical for us to file charges in a case in which we know that we will not be able to prevail because the law does not support the charges.”

The Locke family’s attorneys said their clients are “deeply disappointed by the decision” not to charge 34-year-old Hanneman, vowing to continue their fight in civil court and advocate for stronger legislation to hold police accountable.

“The tragic death of this young man, who was not named in the search warrant and had no criminal record, should never have happened,” read the statement from civil rights attorneys Ben Crump, Jeff Storms and Antonio Romanucci. “This is only the latest reminder that we must work even harder to protect and obtain equal justice and accountability for our communities of color. No family should ever suffer like Amir’s again.”

Interim MinneapolisPolice Chief Amelia Huffman said in a statement that the department recognizes “the deep loss felt by Amir Locke’s family and those who loved and knew him best.”

“Officers never want to face split-second decisions that end in the loss of life. …,We do, and we must, ask much of our officers — not only to act with courage, but also with compassion and character,” the statement said.

On Feb. 2 just before 7 a.m., Minneapolis SWAT teams burst into a seventh-floor unit of the Bolero Flats Apartments at 1117 Marquette Av. looking for suspects linked to a homicide in St. Paul a month earlier. The officers opened the door with a key provided by the building manager, shouting “police, search warrant” as they entered, according to body-worn camera footage.

Locke, who was staying in his cousin’s apartment and was not a subject of the warrant, rose from the couch beneath a blanket and held a gun, pointing in the direction of Hanneman , according to prosecutors.

“In this moment, I feared for my life and the lives of my teammates,” Hanneman told investigators, according to a joint report released by the prosecutors Wednesday. “I was convinced that the individual was going to fire their handgun and that I would suffer great bodily harm or death. I felt in this moment that if I did not use deadly force myself, I would likely be killed. There was no opportunity for me to reposition myself or retreat. There was no way for me to de-escalate this situation. The threat to my life and the lives of my teammates was imminent and terrifying.”

Hanneman shot Locke in the face, shoulder and chest. The chaotic encounter lasted less than 10 seconds. Locke was pronounced dead later at the hospital.

Ellison confirmed Locke was never a suspect in the crime being investigated, as Minneapolis police initially labeled him in a news release.

“Our investigation found no evidence that he had any role in the homicide investigation that brought the police to his door,” said Ellison. “Amir was a victim. He never should have been called a suspect.”

He said Locke appeared to be pointing the gun in the direction of Hanneman, but not aiming at anyone. Still, raising the gun toward the officer “constitutes a specifically articulable threat,” according to Freeman and Ellison. “Officer Hanneman perceived that Mr. Locke’s movements and production of a firearm presented a threat of death or great bodily harm that was reasonably likely to occur, and to which the officers had to respond without delay.”

Occurring less than two years after the killing of George Floyd, another Black man, Locke’s death and Minneapolis policinaccurately labeling him a suspect have reinvigorated the push for greater accountability of law enforcement.

“Communities have been torn apart by the trauma yet again,” said Ellison. “And the life of a police officer has been changed forever as well.”

Ellison called on Congress to pass the George Floyd Justice in Policing Act, a package of federal polices that would make it easier to charge and convict police in federal court for misconduct, restrict the use of some policing practices, mandate data collection and establish new training requirements.

He said the “the area of no-knock warrants needs reform” and this policing tactic, popularized during the war on drugs, often carries unnecessary dangers to officers and the public. Ellison said some states and cities, including St. Paul, have outright banned no-knock warrants “with no harm to public safety.”

Freeman said he spoke to Locke’s family Wednesday morning. “They, like us, believe that if a no-knock warrant hadn’t been used, Amir Locke might well be here today,” he said.

The report released by the prosecutors confirms that St. Paul police did not initially ask for a no-knock warrant. Minneapolis Sgt. John Sysaath and SWAT Lt. Thomas Campbell told St. Paul police they would only assist in the searches on Bolero Flats if the warrants were rewritten as no knock. They cited several “risk factors” associated with the search, “specifically, that the apartment was associated with a homicide suspect, that the firearm used in the homicide had not been recovered, that the suspect was seen on social media possessing several firearms, that the vehicle used in the homicide was associated with other armed robberies, and that the apartment units in question may be occupied by other suspects or associates.”

Less than 24 hours before the decision in the Locke shooting was announced, Minneapolis Mayor Jacob Frey issued a special order implementing a proposal he introduced last month to curtail the use of no-knock warrants.

Under the new policy, Minneapolis police can’t apply for or execute no-knock warrants, even when assisting other police agencies. However, under “exigent circumstances,” police can still barge into a residence without waiting the 20 or 30 seconds mandated in the policy, which some critics speculate could be abused as a loophole to circumvent the new order.

Frey called the policy “among the most forward-looking and extensive in the nation and will help keep both our residents and officers safe.”

Karen Wells, Locke’s mother, responded to the announcement from New York City alongside civil rights activist Al Sharpton and Crump. “I am not disappointed. I am disgusted with the city of Minneapolis,” she said, saying her son carried a gun “thinking he had to protect himself from all the crime that is out of control — Mayor Frey, the mayor of Minneapolis, that you can’t control.”

Sharpton called Locke’s behavior self defense, and said he’d push for the Justice Department to review the case. “This is not over,” he said. “We will fight with this family to get federal investigation on this case.”

A Justice Department spokesperson said the Civil Rights Division is aware of the requests for a federal investigation but declined to comment.

Hanneman was placed on paid administrative leave soon after the shooting. He returned to duty Feb. 28 and no longer serves on the SWAT team.

The Police Officers Federation of Minneapolis, the union for MPD’s officers, said in a statement that Hanneman “was faced with a deadly threat, and he had to make a split-second decision to use deadly force to protect himself and others.”

The Minneapolis City Attorney’s Office said in a statement that it “has not been served with any action” related to Locke’s killing and “cannot comment” on whether there are negotiations under way regarding the shooting.

Locke’s cousin, 17-year-old Mekhi Speed, and another teenager have been charged with the St. Paul killing in January that prompted the fatal police raid. The man who died in the St. Paul shooting as he sat in his vehicle was 38-year-old Otis R. Elder.