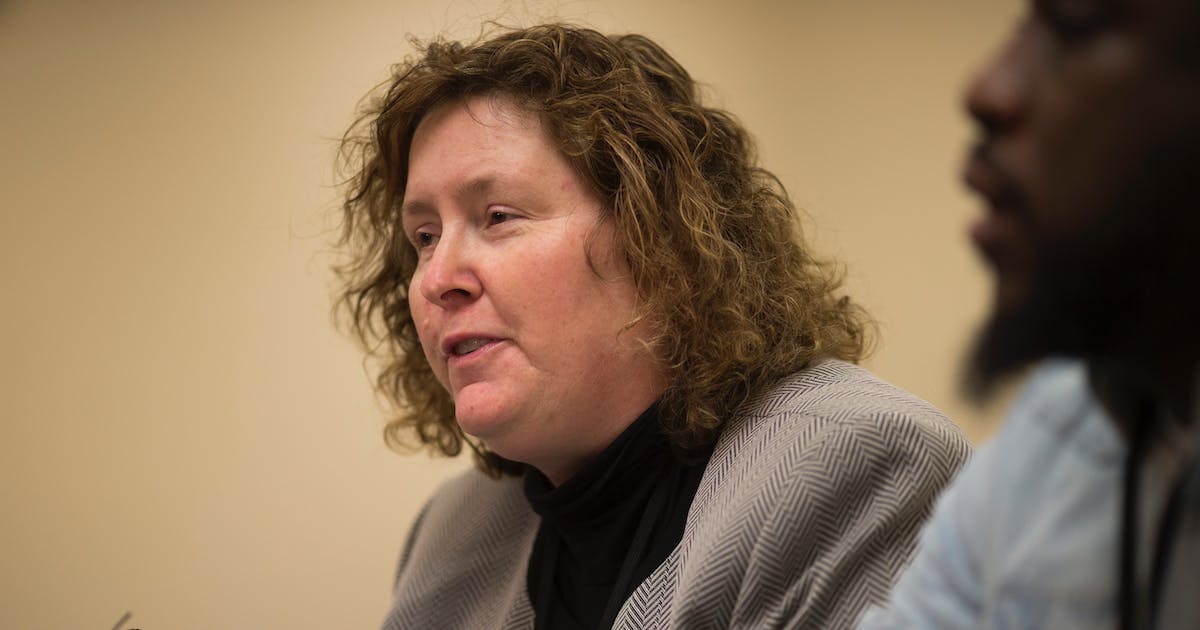 Rochelle Cox, a Minneapolis Public Schools administrator, will be the district’s interim superintendent if she wins the approval of the school board next week.

Cox, currently an associate superintendent, would be taking over as the district’s leader when Superintendent Ed Graff departs this summer. The district on Thursday announced the plan to have the school board vote on her contract for the 2022-23 school year.

The district also said that it will soon share plans for the permanent superintendent search. School board Chair Kim Ellison said that process will include feedback opportunities for students, staff, families and community members.

“With this [interim] selection, I’m looking forward to steady leadership to keep the district on point,” Ellison said. “I’m very excited about being able to engage the community as we look for our permanent superintendent and develop that profile of who and what is it that we need in this moment.”

The new leader takes over in the wake of the teachers strike and amid a time of enrollment declines that are outpacing initial estimates and contributing to a projected budget shortfall for next year.

Cox has worked in the district since 1997, when she joined the early childhood special education department. She has also served as the executive director of special education and health services. In her current role as associate superintendent, Cox supports 19 elementary schools and their principals.

According to the district’s website, the role of an associate superintendent is to “create the necessary conditions that result in dramatic and accelerated student achievement, closing the achievement gap and improving overall school performance.”

Cox was not available for comment Thursday. The district plans to hold a news briefing after the board vote next week.

Sara Washington, a grandparent of an MPS student and co-chair of the district’s special education advisory council, has worked with Cox for five years and believes she’s the right person to guide the district through its challenges while also working to rebuild the trust lost during the strike.

“She’s not scared to go into the community,” Washington said. “We’re in good hands. … She’ll help us heal.”

Board Member Jenny Arneson called Cox a “compassionate leader who will continue [the] focus on students’ learning and their social-emotional needs” and said the interim period “provides a necessary pause as we prepare to identify the right leader for our future.”

In a statement, leaders of the Minneapolis Federation of Teachers said they also supported the choice and encourage a “robust community process that allows for authentic engagement” during the search for a permanent superintendent.

“The Minneapolis Public Schools school board has made a good decision naming a known leader as interim superintendent for the coming year,” wrote Greta Callahan, president of the union’s teacher chapter. “The next year will be an opportunity for our Minneapolis Public Schools community to reflect on what we want in the next superintendent and work together to ensure we are well-positioned to hire someone who embodies our shared goals and values.”

Graff announced in March that he would be leaving the district when his contract expires June 30, ending a six-year tenure marked by a sweeping district redesign and the teachers strike. That news came just days after the district’s 28,700 students returned to class following the three-week strike.