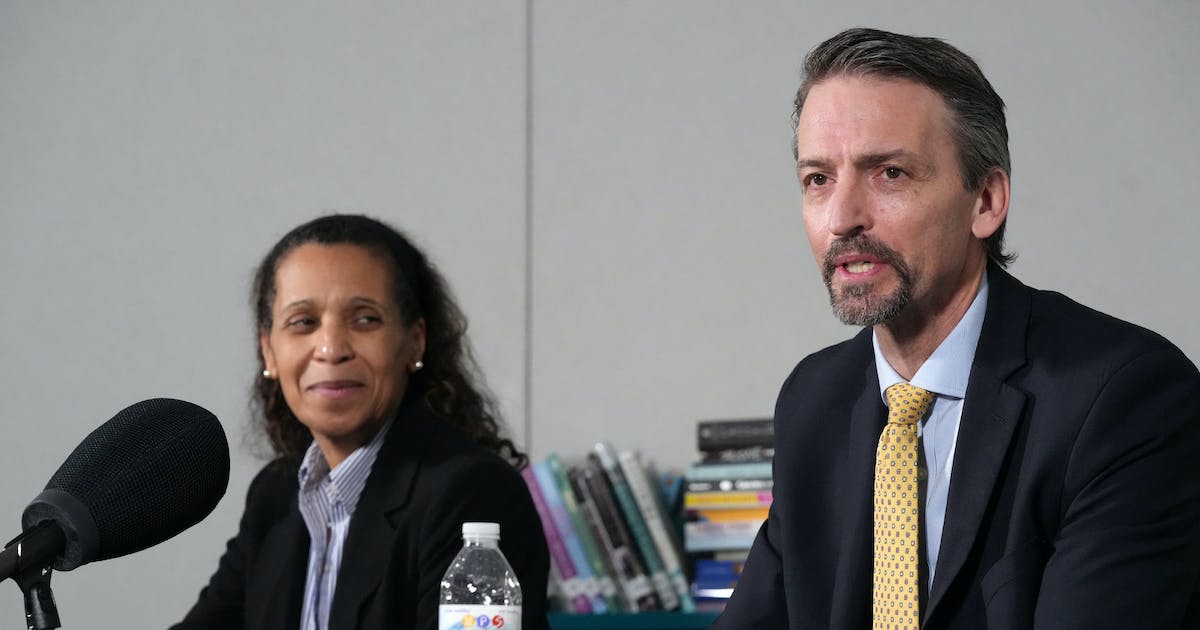 The Minneapolis Public School’s board on Tuesday plans to announce its timelines for appointing an interim superintendent and filling a vacant school board seat.

No further details were available on the agenda for Tuesday’s school board meeting, but the move marks one of the first public steps toward naming new leaders in the wake of a teachers strike that lasted nearly three weeks.

Superintendent Ed Graff announced in late March that he will leave the district when his contract expires at the end of June.

The at-large school board seat opened up in mid-March, when Josh Pauly announced his immediate resignation, citing broken trust.

Board Chair Kim Ellison said no candidate names will be released at Tuesday’s meeting, but the board plans to introduce a potential interim superintendent to the community before a meeting is held to make the appointment.

Board members have been giving input on who they’d like — and who they don’t want to see — named to fill the role, Ellison said.

They haven’t settled on specific criteria, she said, noting some have said they want an interim superintendent who is interested in the permanent position, and others have said the opposite.

“This is a temporary position,” Ellison said, adding that she wants to name someone soon enough to allow for transition time before Graff’s final day on the job. His contract ends June 30.

Graff was hired to lead the district in 2016 after two unsuccessful superintendent searches. His tenure included the creation and rollout of a sweeping and controversial district redesign with the goal of redistributing resources more equitably. That plan was approved amid the pandemic, prompting outcry from some parents and the teachers union.

Despite the redesign, enrollment is expected to continue to decline for at least the next five years. Fewer students mean fewer state dollars for schools, further stretching the district’s finances.

The new district leader will face a projected budget gap of $21.5 million, despite the use of $75 million in relief money. An interim superintendent will also be tasked with rebuilding trust and relationships that suffered during the strike.

Ellison said the “community will be very involved with the process to pick a permanent superintendent.”

Appointing a board member to the vacant at-large seat is a different process, and the board will be taking applications from people who are interested, Ellison said.

Pauly, who resigned during the strike, had held the seat since 2019.

His term was set to end in 2023, so anyone appointed to fill the seat would have to run for election and win if they want to serve beyond the end of the year.