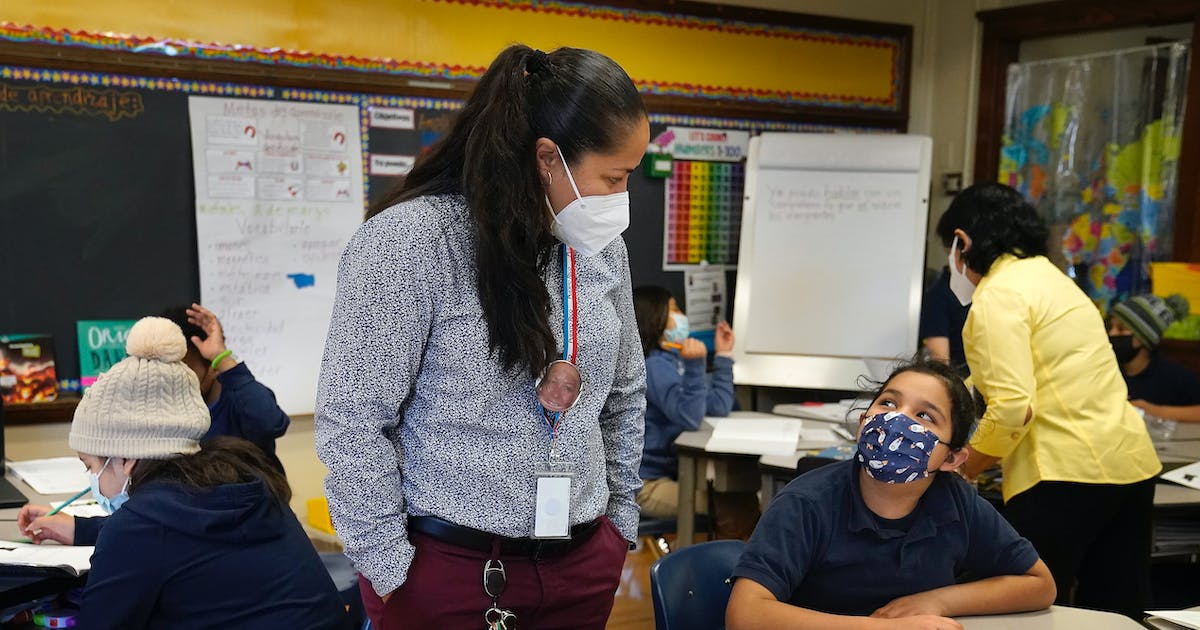 A bright yellow banner in the hallway at Sheridan Dual Language Elementary displays a timeline: Each painted mark represents a step toward renaming the school “Las Estrellas,” meaning “The Stars” in Spanish, and shedding a name tied to a historical figure with a problematic past.

The second-to-last date on that timeline is Tuesday, April 12, 2022, the day the Minneapolis school board will vote on changing the school’s name. The board will also vote on renaming Jefferson Elementary, which is now a global studies and humanities magnet school, to Ella Baker, in honor of the human and civil rights activist.

“It’s a beautiful transition,” Sheridan Principal Yajaira Guzmán Carrero said of the name change, which would take effect in July. “Our students are so eager to see that change. This is their school, and they want to see it reflect them.”

Sheridan and Jefferson schools started the name change process in 2020 so as not to honor a general who led the forced relocation of indigenous people or a slave-owning president.

In the past several years, other area school districts, neighborhoods and organizations have faced similar considerations about buildings named after figures with checkered histories.

The Minneapolis lake formerly named for John C. Calhoun, who supported slavery and the removal of American Indian people from their lands, is now called Bde Maka Ska. A high school in Mendota Heights decided in 2020 to drop the name Henry Sibley because of Sibley’s role in the U.S.-Dakota War of 1862 and the country’s largest mass execution; it’s now Two Rivers High School. In 2017, Ramsey Middle School in Minneapolis was renamed for Justice Alan Page.

And by fall 2020, the Minneapolis school board decided to create an advisory committee to consider the district’s school building names.

That process then involved individual school communities. Jefferson’s youth participatory board helped narrow down a list of possible names, which were put to a vote. Students chose Ella Baker to pay tribute to a woman who was involved in the NAACP, Martin Luther King Jr.’s Southern Christian Leadership Conference and the Student Nonviolent Coordinating Committee.

“Baker believed in the power of youth to strengthen their communities and shape their future,” reads a statement on Jefferson’s website to announce the proposed name change.

At Sheridan, after discussing more than 30 submitted options, a task force of families and staff reduced the list to six. Students voted overwhelmingly for Las Estrellas. The school’s mascot has long been a star, and students identified with the name.

“I think had we left this up to adults, we would have had a different name” — likely one of another historical figure, said Emily Olson de Alvarez, the school’s music, language and culture teacher.

By spring 2021, the district said schools couldn’t be named after living people.

Students learned the history of Philip Henry Sheridan, a Union general in the Civil War who later led the relocation of Native Americans off the Great Plains and encouraged the extermination of buffalo.

“Although Sheridan’s violent history is not what students and staff typically think of when we refer to our beloved learning community, we believe we can use the power of a name to better live out our values,” read a statement in Sheridan’s name change request to the school board.

Juliet Thompson, a fourth-grader at Sheridan, said her school would get a new name just in time for her last year there.

She said she tried to put herself in the shoes of a Native American family coming into a school named after Sheridan.

“I think the new name is really nice,” she said. “It’s practical and friendly to all people.”