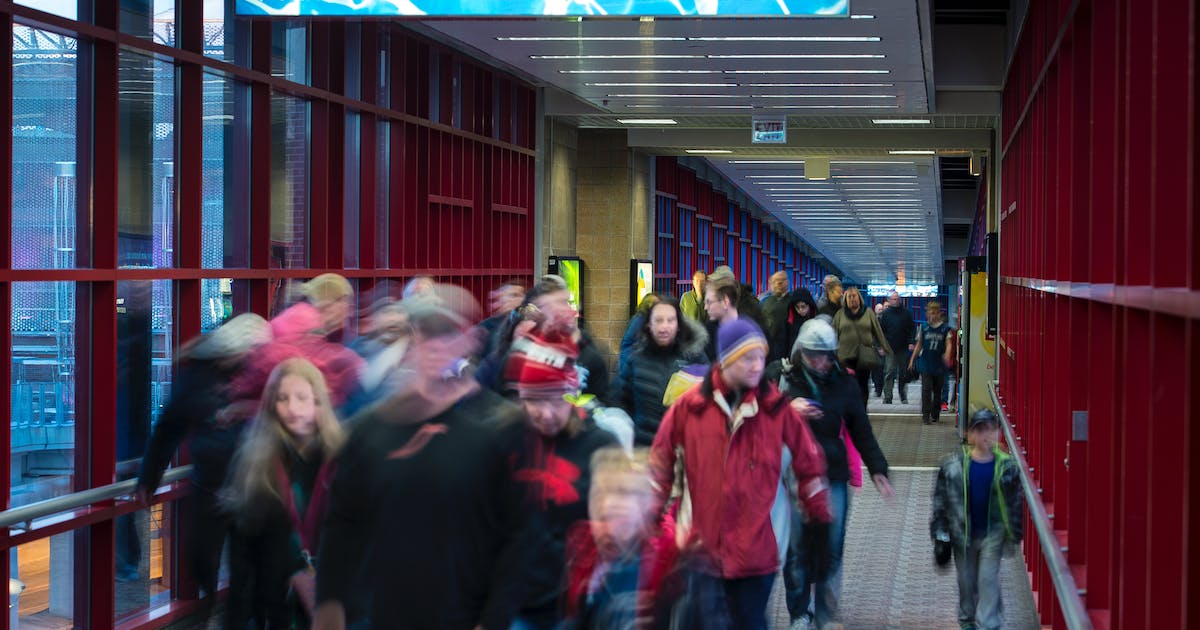 Fans heading to Final Four women’s basketball games at Target Center and related events can take advantage of extended hours in some areas of the downtown Minneapolis skyway system.

Skyways in the vicinity of the Convention Center will also stay open until 11 p.m. Friday through Sunday. On Saturday and Sunday, skyways leading to both venues will open at 8 a.m., about an hour or two earlier than usual.

They could be put to good use, said Kevin Kurtt, a spokesman for Meet Minneapolis, the city’s convention and visitor’s bureau. Even with temperatures approaching 50 degrees, “we’ve seen some heavy jackets at Tourney Town this morning,” he said Friday.

Skyways with extended late-night hours are generally in an area bounded by Nicollet Mall, 10th Street, 2nd Avenue N. and 6th Street, allowing fans access to venues such as the Dayton’s Project, LaSalle Plaza, City Center and the IDS Center. Those staying at the Embassy Suites, Loews Hotel Minneapolis, Hampton Inn and Suites and the Marquette Hotel also are connected to skyways with longer hours. Popular parking spots, including the 811 LaSalle Ramp, the former Dayton-Radisson Ramp on 7th Street and the Hawthorne Ramp on 1st Avenue N. also are connected to skyways with 11 p.m. closings.

Skyways leading from the Convention Center to the nearby Hyatt Regency, Hilton and Millennium hotels also will remain open nightly until 11 p.m. Those walking in the skyways can also get to the Orchestra Hall building and parking ramp, the Leamington Ramp and the Loring Ramp.

Getting between the Convention Center and Target Center while staying warm and dry indoors won’t be possible, Kurtt said.

“There are two to four buildings where there is a gap,” he said.

Skyways in most other parts of downtown will adhere to normal hours, closing between 6 and 10 p.m. Friday, at 8 p.m. Saturday and 6 p.m. Sunday. Fans can check postings for weekend hours or go to skywayaccess.com.

After a chance of rain, snow or both Friday night, Saturday looks to be a good outdoor walking day with sunny skies and a high near 50 degrees. But the mercury is expected to drop below freezing Saturday night and rise to about 46 degrees on Sunday. There also is a chance of rain Sunday afternoon when the championship game will be played.