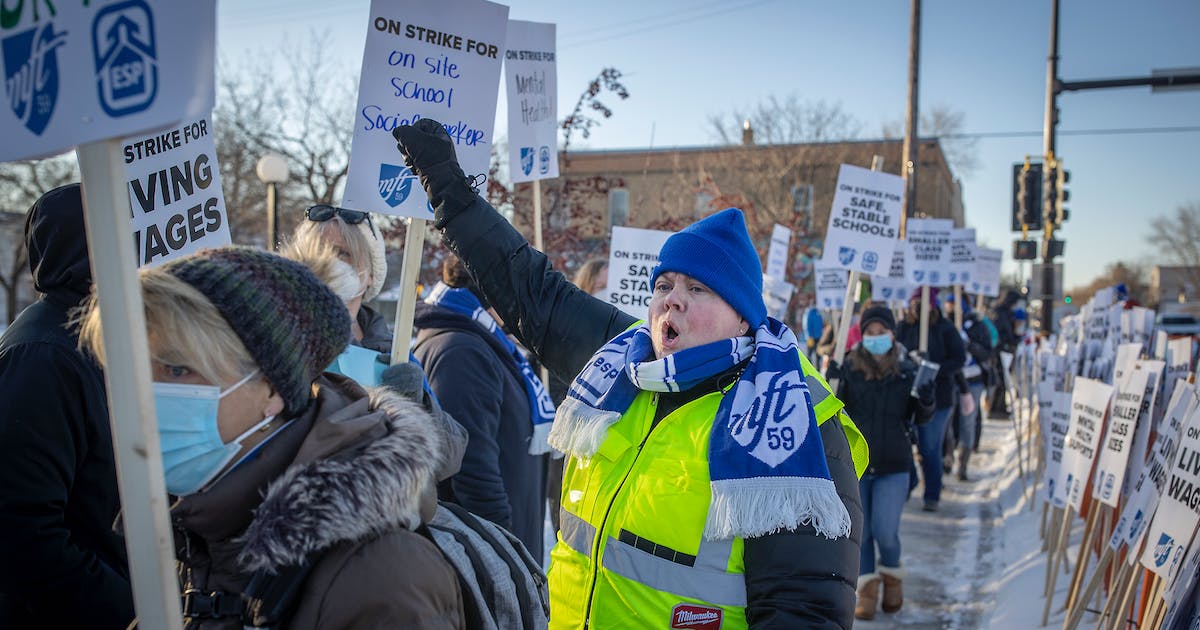 The approval comes after the Minneapolis Federation of Teachers and Minneapolis Public Schools announced that they had reached a tentative agreement on Friday. See the agreements here.

The union began its strike on March 8 after negotiations with the school district for higher wages, smaller class sizes, protections for educators of color and mental health supports for students had dragged on for months.

“As we have decided collectively to leave an abusive relationship with this district, we have shifted the power dynamic,” said Greta Callahan, president of the union’s teacher chapter at a news conference announcing the approval. “We should be so proud today to be educators. We should be proud of this profession. … We have never been more united, and all of our eyes are wide open to the real fight ahead of us. This is one battle in a larger war that we are fighting, and it is for strong public schools.”

Over the weekend, the union hosted information sessions to address members’ questions. Those sessions coincided with voting, which began Saturday at 10 a.m. and ended Sunday at 4 p.m. In the end, the agreements were accepted by the majority of teachers and support staff who voted, the union said.

“We’re excited about the wins that we were able to get in this contract,” said Shaun Laden, president of the union’s education support professional chapter, in a statement. “They were significant. We did what we could with the hand we were dealt, but there’s more to do in the future.”

According to the union, some of those wins include wage increases for education support professionals that boost the starting hourly wage from $19.83 to $23.91; ensuring a nurse and school counselor at every school; layoff protections for teachers from “a population underrepresented among licensed teachers.”

The education support professionals’ contract establishes a $6,000 bonus for all ESPs, which they will recieved half of on April 8. Those who have worked for the district for at least ten years will recieve an additional thousand.

Because of the strike, the school district will have to make up for the students’ lost class time. Pending school board approval, the district plans to add 42 minutes to the end of each school day once students return from spring break and add two weeks to the school year.