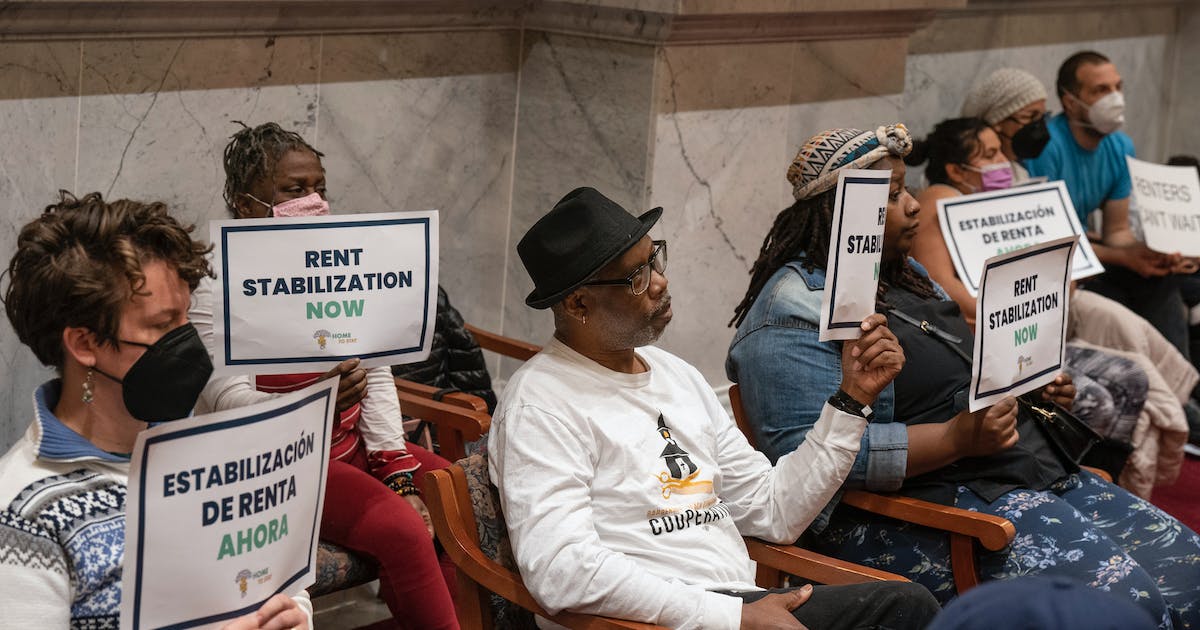 Minneapolis will create a work group of landlords, tenants and others to develop rent control policies that could go before voters.

City Council members approved a proposal Thursday that creates an advisory group to study and make recommendations that will be included in a policy that protects tenants from displacement, holds landlords accountable and bolsters the city’s 2040 plan.

“I am convinced that we need a process to engage key stakeholders in this work,” said Council President Andrea Jenkins, who introduced the proposal.

“We need to proceed with haste, but we must be deliberate,” Jenkins said, promising a transparent, accessible process. “We must act with the best long-term interests of our entire community, not just react to certain parts of our community.”

The 25-member group will be made up of renters, landlords, developers and organizations, including some whose work is focused on tenant advocacy and legal support. It will be tasked with analyzing the impacts of rent control and the costs of implementing the policy. A dozen of the committee members — six renters and six landlords and developers — will be appointed by the mayor and council.

In November, Minneapolis voters passed a proposal that gave the City Council the power to enact its own rent-control ordinance or put the policy before voters in an election. The work group must submit a final report to the council by the end of the year. The council will then draft a ballot question for the 2023 election.

The rent control work group is expected to play a crucial role that previously would have been handled by city staff. After voters in November approved a shift in the power balance at City Hall, the staffers the council previously relied on to study different potential ordinances now report directly to Mayor Jacob Frey.

Frey opposes rent control, and the council would need nine votes to override any veto.

The city’s department of Community Planning and Economic Development (CPED) will be responsible for coordinating and supporting the rent control work group, and has assigned a staff member as the project’s lead coordinator.

The City Council also recommended adding an outside facilitator to help with the process and may tap $150,000 from city pandemic relief funds to support the effort.

The debate over how Minneapolis is going to implement rent control is expected to take center stage at City Hall in the coming months. So far, Council Members Elliott Payne, Robin Wonsley Worlobah, Jason Chavez, Aisha Chughtai and Jeremiah Ellison have expressed support for a 3% cap on rent hikes.

Tenant advocates who support a 3% rent cap gathered at City Hall Thursday, carrying signs written in Spanish and English that read, “Renters Can’t wait” and “Rent Stabilization Now.” They said they were heartened the rent control issue was moving forward but wanted to see a quicker process.

“We’ve had over 600 court evictions since the beginning of the year,” said Jennifer Arnold, co-director of Inquilinxs Unidxs Por Justicia (Renters United for Justice) and founding member of the Home to Stay coalition, one of the organizations chosen to be on the work group. “The longer we wait, the more people that are impacted by evictions.”

CPED director Andrea Brennan said her department will work with the mayor and the council to identify renters, developers and landlords who will be on the work group and begin meetings in a couple of months.