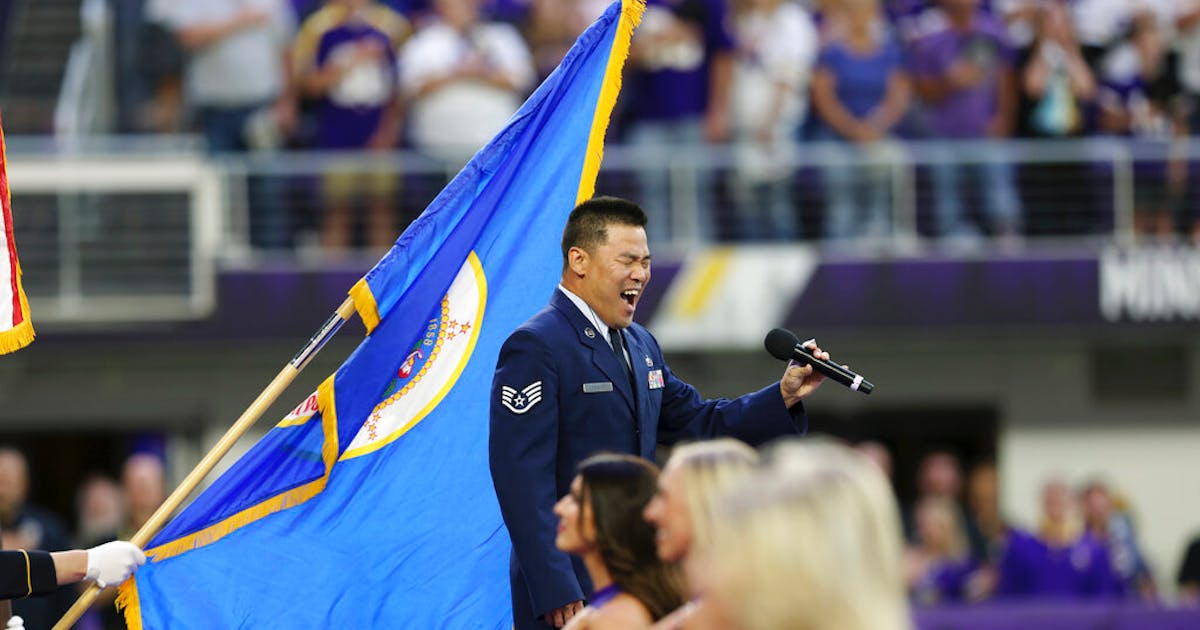 For the past eight months, U.S. Air Force veteran Mark Lindquist has been focused on his campaign for Congress in Minnesota’s Seventh District. But in recent days, the Democrat has been captivated by another potential calling: “Am I willing to die for Ukraine’s freedom?”

The answer, Lindquist said, has been a resounding yes – prompting him to put his political aspirations on hold to heed Ukrainian President Volodymyr Zelensky’s call to action.

Now the former Air Force staff sergeant, who served as an intelligence analyst, says he will join the newly formed international legion to fight Russian forces in Ukraine.

“That’s the moment when it hit me,” Lindquist told The Washington Post, referring to Zelensky’s plea for help made just days after Russia invaded Ukraine. “I’m not married. I have no kids. I’m an able-bodied, 40-year-old military member with no strings attached. How can I not go? Because I know I can help either on the humanitarian side or bringing the training of the American military to this fight.”

Lindquist is not alone in his plight. A wave of U.S. military veterans has volunteered to fight for Ukraine, The Post reported. But the Biden administration has strongly urged Americans against becoming freelance fighters, warning that their safety is at risk.

Russian officials have also said that foreign fighters would be deemed mercenaries and would – at best – be treated as criminals, The Post reported.

Before running as the only Democratic congressional candidate in Minnesota’s Seventh District, Lindquist joined the military in 2006. He served for six years, while mostly stationed in Honolulu. Lindquist went to Afghanistan but never saw combat. Instead, he entertained troops during a Christmas “Bob Hope-style USO show,” he said.

“The life I’ve been given is why I owe so much,” he said. “The least I can do is go serve in this situation.”

Lindquist said he is not deterred by the personal risk that would come from fighting in Ukraine. He likens it to the call he said he felt after the Sept. 11, 2001, terrorist attacks, when he decided to join the Air Force.

“I could feel it in my bones that this was the right call,” he said.

A motivational speaker who frequently performs the national anthem at NFL games, Lindquist said he did not take the decision to swap the campaign trail for the war zone lightly. He set a checklist of “emotional markers” over five days to make sure it felt like the right decision.

“You’re going to a war zone, so you can’t make that decision just off the cuff,” he said.

First he bought a plane ticket to fly to Kyiv, Ukraine’s capital, knowing it would probably later be rerouted. After sleeping on it, Lindquist said he still had the urge to go. Next, he added 61 pieces of deployment gear to his Amazon cart – everything from safety equipment and body armor to ready-to-eat meals. The next day, he bought it all.

“What an interesting thing in the world of modern warfare, that if you’re going to go to a war zone, you can buy your gear off Amazon,” he said. (Amazon founder Jeff Bezos owns The Washington Post.)

The next several days were filled with conversations with friends and family. While most understood his intentions, he said not all of them agreed. Some pointed out he could have a greater impact representing his state’s Seventh District, which stretches across much of western Minnesota, in the U.S. House.

Although it is considered the state’s most conservative enclave, at one point the district had three possible Democratic candidates. But Lindquist was left as the lone runner after Minnesota redrew its congressional map. Amid his suspended campaign, the party has not announced a replacement for the Nov. 8 election.

Yet seeing the world “on the brink of World War III” shifted Lindquist’s priorities, he said.

“It’s not that I don’t think that politics here are important,” he said. “It’s that worrying about it right now feels like raking the leaves before a tornado strikes. I know the U.S. will still be here after 2022, but can we say the same about Ukraine?”

Though Lindquist has no personal connection to the war, its toll on civilians – particularly the children left orphaned by the conflict – has moved him. Lindquist himself was adopted as an 8-month-old baby from an orphanage in South Korea.

“Think about how many more orphans there are in Ukraine than there were a few months ago,” he said. “Those kids deserve just as much of a chance and a life filled with freedom as I did.”

While Lindquist’s primary goal is to fight in the international legion, he said he is willing to assist with humanitarian missions while his application is vetted by Ukrainian officials. He said he hopes to join other U.S. veterans in Ukraine helping to safely shuttle refugees and orphans across the Polish border. He is also hoping to set up a P.O. box where people can send donations, such as clothing, diapers and food.

With Lindquist’s flight just nine days away, the veteran is taking a leaf from American history – and a hit musical. His inspiration is the Marquis de Lafayette, a French aristocrat who commanded American troops during the Revolutionary War and is portrayed in Lin-Manuel Miranda’s “Hamilton.”

He even downloaded the “Hamilton” soundtrack for his roughly 10 hours of travel.

“Like the song says, ‘I am not throwing away my shot,’ ” Lindquist said.