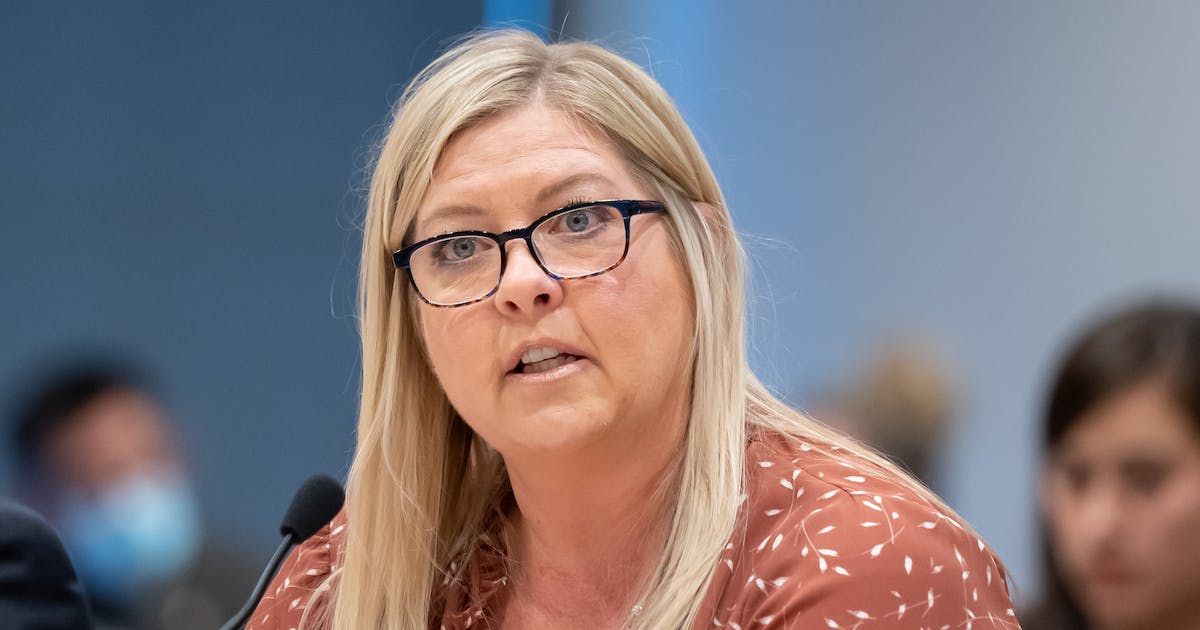 The head of the Minnesota Department of Education defended her agency Monday against suggestions from a powerful state lawmaker that Minnesota regulators should have done more to prevent what the lawmaker called the largest theft in the history of federal meals programs.

During the almost two-hour hearing at the Senate Education Committee, MDE Commissioner Heather Mueller was repeatedly chided for not sending more inspectors to visit sites sponsored by Feeding Our Future at a time when state officials were concerned over what Mueller called the rapid and “inexplicable” growth of the nonprofit organization.

More than 200 law enforcement officers raided the headquarters of Feeding Our Future and several of its key contractors Jan. 20 after FBI investigators accused the group of misappropriating more than $40 million from programs aimed at providing meals to low-income children.

So far, a federal grand jury has not charged anyone with a crime related to the alleged fraud. Feeding Our Future Executive Director Aimee Bock has denied wrongdoing.

“This was a very large fraud, and the fact is that in other states it did not happen,” said Sen. Roger Chamberlain, R-Lino Lakes, chairman of the Education Committee and assistant majority leader in the Senate. “Some people say it was found and caught. Well, if it was found and caught, it would have been stopped. But the money kept flowing.”

Mueller acknowledged that MDE reduced its oversight to a degree during the pandemic, but she maintained that the department should be proud of detecting problems at Feeding Our Future just a month after the organization’s contractors began serving meals.

“Throughout the FBI’s investigation, our MDE staff have been praised for their diligence in identifying concerns in the program so quickly,” Mueller said. “What actually allowed the theft to continue was the barriers we encountered.”

In early 2021, judges concluded that the department improperly blocked the approval of dozens of Feeding Our Future meal sites and illegally withheld payments to the organization. That kickstarted the flow of millions of federal dollars, much of which the FBI now alleges was fraudulently obtained.

Chamberlain, however, questioned whether the department adequately prepared for a huge flow of money into the meals program in 2020. During the pandemic, the federal government significantly boosted spending at nongovernment operations such as Feeding Our Future when schools closed across the country, making it harder to get meals to needy children.

In Minnesota, MDE doled out $324 million to non-school operators such as Feeding Our Future in 2021, up from $72 million in 2020, according to the Legislative Auditor’s Office. At the same time, the federal government issued a series of waivers that allowed states to sharply reduce their monitoring of meal providers in an effort to keep inspectors from catching and spreading COVID-19.

Chamberlain asked Mueller if MDE convened an “emergency team” of high-level administrators to discuss how to deal with those challenges. Mueller, who was was deputy commissioner at the time, said former MDE Commissioner Mary Cathryn Ricker was more involved with the meals program.

“As deputy commissioner, I did not bring that team together,” Mueller said. She did not elaborate on what other MDE officials may have done to prepare for the changes.

Chamberlain followed up by asking if Mueller convened a team after learning of the problems at Feeding Our Future to discuss “what went wrong” and how to do better.

“We did have the opportunity to come back a number of times to talk about what went right,” Mueller said.

Chamberlain pressed Mueller, asking if her staff ever met to analyze its response to Feeding Our Future. Mueller said such a meeting took place but she didn’t offer any details of possible improvements identified by administrators.

Chamberlain focused many of his questions on the department’s willingness to adopt federal waivers that allowed it to suspend all onsite monitoring of meal providers during the pandemic. Officials with the U.S. Government Accountability Office have said the waivers created a fertile environment for fraud.

Mueller said MDE officials were able to keep tabs on operators by reviewing their claims, auditing their financials and interviewing providers on “video calls.”

“That is how we were able to catch what was happening” at Feeding Our Future, Mueller said.

MDE has been cited in the past for not auditing enough providers. During the hearing, an official with the Legislative Auditor’s Office noted that MDE completed work on just 31 of 74 required provider audits in 2020.

“What happened here was much larger than any other state,” Chamberlain said. “Is it your opinion that part of the administrative procedures in place at the Department of Education are much weaker than those other states?”

“I would not say that,” Mueller responded. “I would say we are here because our office worked. We were able to identify the alleged fraud. … I can’t speak about what is happening in other states.”

Chamberlain asked if anybody decided to visit one of Feeding Our Future’s sites after it reported feeding up to 5,000 kids a day last year.

“Did that raise any red flags for you?” he asked.

Mueller said she doesn’t know if anybody from MDE visited that site.

“I would agree that is exceedingly high,” she acknowledged.

At the end of the hearing, Sen. Steve Cwodzinski, D-Eden Prairie, said he was filled with “awe” at the department’s ability to root out alleged fraud during the “greatest educational upheaval” in Minnesota history.

“Someone somehow suspected something was going wrong, and that person … should be applauded at some point,” Cwodzinski said. “How did you get this right? And what lessons can we learn?”

The committee will reconvene Wednesday to question other department heads at MDE, with a third round of interviews scheduled for April 20.