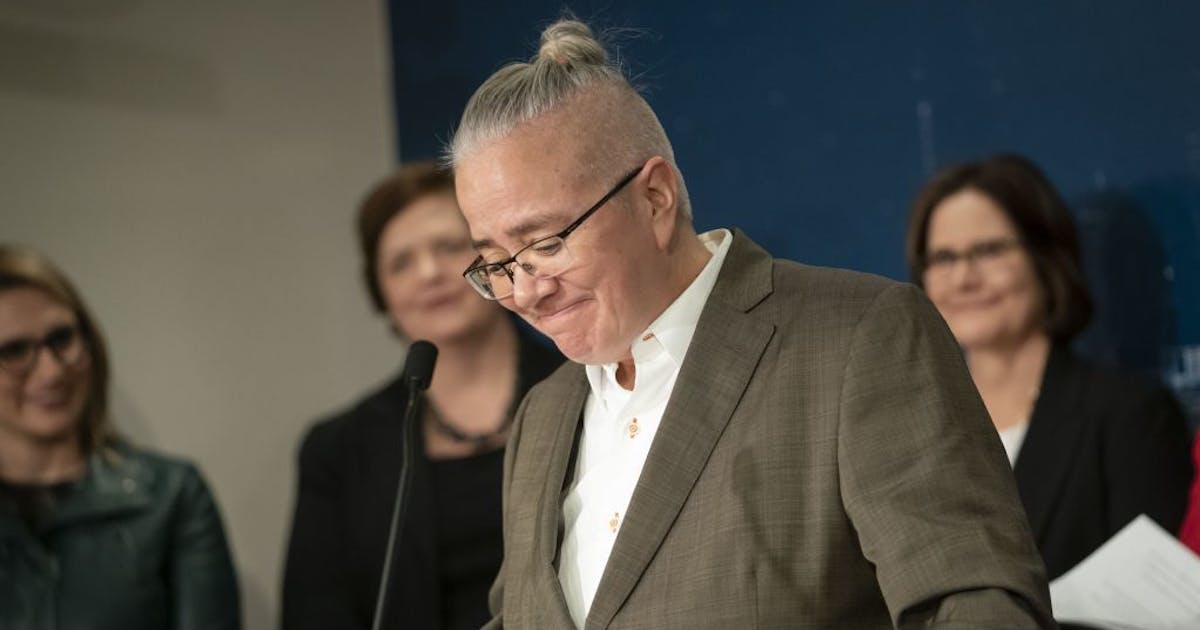 Eviction filings in Minnesota not only have resumed after a moratorium lifted in October, but the pace of filings is soaring.

Statewide eviction filings in April were nearly 60% higher than the pre-pandemic average for that month, according to a Star Tribune analysis of court filings.

Filings in Anoka County for April were twice as high as a pre-pandemic average for that month. Hennepin and several other counties with sizable numbers of rental units saw eviction filings also double — or come close.

Housing advocates say they fear the rise in filings reflects more than an end to the moratorium and the drying up of assistance dollars. While those measures bought renters time, some say the rising cost of housing is putting it out of reach for even more Minnesotans.

“Throughout the pandemic, we didn’t really come to grips with how many people are a paycheck away [from eviction],” said Jennifer Ho, commissioner of Minnesota Housing. “This is happening nationally, and there is a lot of concern because it reflects a growing shortage of affordable rental housing.”

Ho said the numbers reflect a need for structural changes that would both build more affordable housing and give the neediest renters more assistance. DFL Gov. Tim Walz’s proposed supplemental budget that includes almost $1 billion for housing and homelessness over three years would do that, she said.

But state Sen. Rich Draheim, R-Madison Lake, said he suspects the April spike in filings is short term, caused by landlords finally freed from two years of moratorium. Minnesota has long been among the bottom states in terms of eviction numbers, he said.

“It’s probably not a trend. I would be very shocked if this wasn’t just pent-up demand,” Draheim said. “It will be interesting to see where we end up a month from now, or two months from now. Until I see more than just a blip from moratorium [ending] and people being told not to pay their rent for two years, I want to hold off.”

Angie French with Mid Continent Management, a company that manages about 1,900 units and 40 properties in Minnesota, also believes the spike is temporary. She expects it to go away after June 1.

That’s when eviction protections against tenants who have applied for rental assistance expires. There’s a twist, she said, that may be feeding the eviction filing numbers.

When assistance, which is paid to the landlord, is granted the eviction protection goes away. But, sometimes, those tenants still don’t pay rent. That may be adding to a recent wave of filings, French said.

In a 24-unit building in Minneapolis, she said, one tenant has not paid rent since December 2020. Another hasn’t paid since February 2021. The landlord was recently granted assistance payments of $20,000 and $14,000 for the back rent. When the tenants still didn’t pay rent afterwards, she said, it prompted two more eviction filings.

“We are not going to have these situations after June 1, when we can go back to normal,” French said.

During the pandemic there were only about 130 eviction filings statewide each month. That started growing in August, reaching more than 700 in October. In March, filings surpassed 1,000, returning to typical pre-pandemic levels. Filings in April, though, were about 40% higher than the month before with about 1,800 filings made statewide.

The number of eviction filings in Anoka County was twice as high in April compared to its pre-pandemic average for that month. There were six filings for every 1,000 rental units last month, up from a typical three filings per 1,000 units. Among counties with at least 5,000 rental properties, Anoka had the highest per capita rate last month.

“What you see in your data analysis is also what we’re seeing,” said Eric Hauge, executive director of Home Line, a tenant advocacy group. “I think the wave is just starting.”

For the past several weeks, he said, about 100 notices of eviction have been filed every business day, “and even some on weekends,” he said.

And the problem may be even worse than the numbers show, he said. In some cases, instead of filing eviction notices, landlords often expel tenants simply by not renewing their lease, Hauge said. For the first four months this year, his organization has seen an 80% increase in “no-cause terminations.” There has been a 97% increase in calls from tenants facing evictions, he said.

Elizabeth Glidden, deputy executive director of the Minnesota Housing Partnership, said the spike shows that the state discontinued assistance to low-income renters too soon. And the filings signal even more difficult times to come for those families.

“Not only are they evicted, but their ability to get into housing in the future is forever affected.”

Tenant advocacy groups have been pressing state leaders for months to combat the rise in evictions by devoting more money to emergency assistance and reforming the eviction process. Minnesota received about $673 million from the federal government to help renters and homeowners pay their bills during the pandemic, but the dollars dried up faster than state officials anticipated amid a flood of requests.

In the state House, where Democrats hold the majority, legislators passed a housing bill that includes $25 million for rent assistance. Their proposal would also require landlords to provide a two-week notice before evicting a tenant for failing to pay rent and would make it easier to expunge an eviction record. The Republican-led Senate’s version of the bill instead focuses on helping more Minnesotans become homeowners and blocking local rent control measures like the one St. Paul voters approved last year.

A small group of negotiators are trying to reach a compromise on the housing plans before the legislative session ends on May 23.

Like Ho, he said the numbers show a worsening Minnesota housing crisis, where there is a gap of 100,000 truly affordable rental units for the poorest residents.

“Statistics tell us we need to make game-changing investments to make housing more affordable for folks. And this won’t happen overnight,” Howard said. “We need bold solutions in the near term, but also bigger-scale investment to create more affordable housing.”

Draheim said he is unconvinced. At a time when there are more than 200,000 available jobs unfilled and there remain multiple government programs designed to help people obtain and retain housing, he’s not sure a spike in eviction filings signals a worsening crisis.