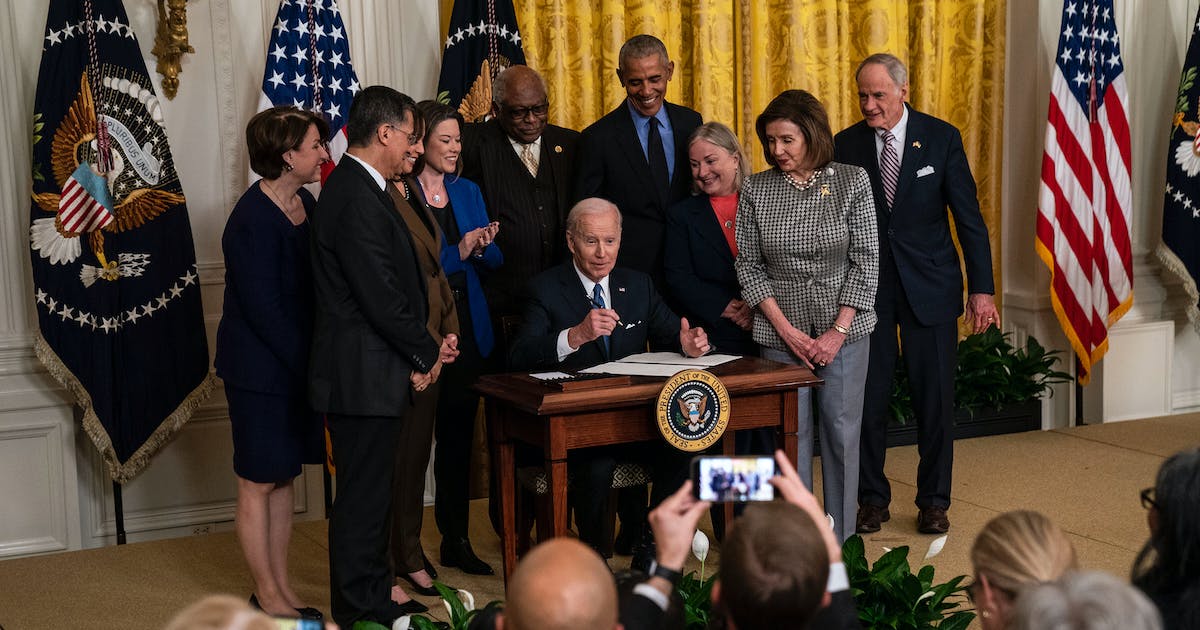 Tens of thousands of Minnesotans who spend a large portion of their income on health insurance — or haven’t been able to afford coverage at all — will qualify for federal help next year, following a long-awaited change to the Affordable Care Act.

Estimates are that across the country more than 5 million people are caught in the ACA’s so-called “family glitch,” which President Joe Biden announced Tuesday his administration will fix.

“Under the current rules, a working mom is told as long as she can afford employer-based coverage for herself, she can’t qualify for premium subsidies to afford coverage for her family. Cover her, but not her family. But we’re going to change that,” Biden said at a White House event where he also signed an executive order directing federal agencies to continue work on improving health care access, coverage and benefits.

The ACA allows people who can’t get an affordable health care plan through their job — with affordable defined as less than about 10% of their income — to buy subsidized coverage on federal or state marketplaces.

However, the 10% household income limit doesn’t apply if the insurance offered through the employer is used to cover a spouse or children. That means some families are paying 25 to 30 percent of their income for coverage but cannot receive aid under the ACA, an official with the Biden administration said.

The Treasury Department is changing the rules to allow families that don’t have access to affordable health care to also qualify for tax credits to buy coverage on ACA marketplaces. The department intends to make the switch on Jan. 1, so people could get the aid in the next open enrollment period.

An estimated 200,000 Americans who don’t have insurance would get coverage under the change and roughly a million people won’t have to pay as much for coverage, according to the White House.

A dozen years after the ACA was signed into law, former President Barack Obama returned to the White House on Tuesday for his first event there since he left office. He said the historic legislation his administration pushed through laid the foundation for further progress but gaps remain.

“Even today some patients still pay too much for their prescriptions. Some poor Americans are still falling through the cracks. In some cases, health care subsidies aren’t where we want them to be, which means that some working families are still having trouble paying for their coverage,” Obama said.

Savage resident Allie Krueger, whose family has struggled to pay for coverage, was in the audience at Tuesday’s event.

Krueger lost her job as an entertainment manager during the pandemic and had to go on her husband’s insurance. She found out that she and her toddler son did not qualify for ACA subsidies, and without them the family’s insurance premiums amounted to about a quarter of their household income.

“Hopefully nobody has to experience what we went through … especially when you get laid off,” Krueger said. “We obviously had to cut back, we had to be creative in what we were doing and use some of our savings.”

Shortly after she was laid off, she found out she was pregnant with twins. Krueger said she “just talked to anybody who would listen” about the situation — including calling Democratic U.S. Rep. Angie Craig.

“I’m so thrilled that the administration is taking this long-overdue action to lower costs for working families like the Kruegers,” Craig said in a statement, noting that she pressed the White House to address the “family glitch” last year and introduced legislation aimed at addressing the issue this year. Both Craig and Democratic Sen. Amy Klobuchar were among a small group that stood behind Biden as he signed the executive order.

Roughly 62,000 Minnesotans could save thousands of dollars each year on their health insurance premiums with the change, Craig’s office estimated.