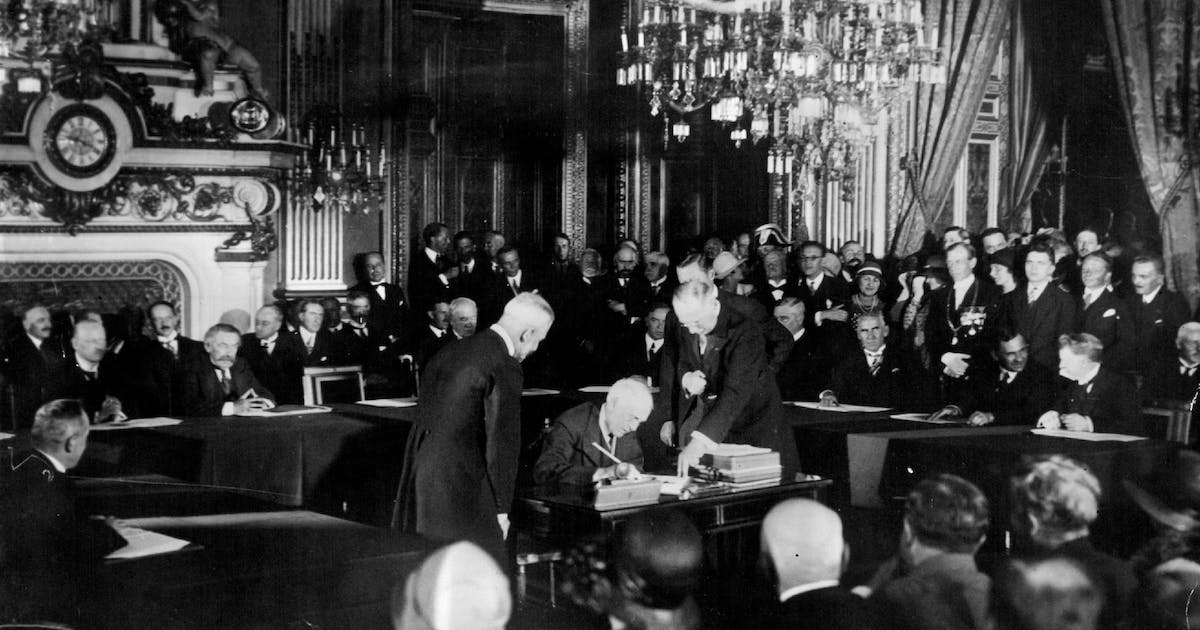 Eight-year-old Frank Billings Kellogg moved with his family from New York to a southeastern Minnesota farm in Viola Township in 1865. When his father Asa Kellogg’s health soured five years later, Frank took over the farm work. That left little time for schooling, which Kellogg augmented with public library books.

Back then, the nearest town of Rochester, 12 miles to the southwest, was “an unknown village on the fringe of a far-flung … wilderness empire,” Kellogg said almost 65 years later during a speech back in Olmsted County where his improbable rise began.

In one grand understatement, 72-year-old Kellogg wrote in 1929 that he “had something of an interesting career” and that his “early experiences in Minnesota might be of interest” to those who “have their way to make in the world.”

That same year of 1929, as the stock market crashed and the Depression descended, the farm kid from Minnesota won the Nobel Peace Prize. Despite his lack of formal education, Kellogg had become a renowned trust-busting lawyer — taking on Union Pacific Railroad and Standard Oil.

In 1916, Kellogg, a Republican, became the first Minnesotan elected by the people to the U.S. Senate — before then, state legislators picked senators. President Calvin Coolidge first appointed him ambassador to England, then secretary of state in 1925.

It was Kellogg’s 1928 treaty, hashed out with France and adopted by more than 60 countries, that attempted to outlaw war and won him a share of the peace prize. He joined a list of winners eventually including Nelson Mandela, Barack Obama and the Dalai Lama.

“His career is a classic example of the American rags-to-riches story,” according to Charles Cleaver, a Grinnell College professor who boiled down his doctoral thesis on Kellogg for a 1956 Minnesota History magazine article. “His early years on a Minnesota farm were arduous, his formal schooling was sparse and his law training had been received by part-time study in the office of a Rochester lawyer.”

A major St. Paul boulevard and a World War II-era Liberty Ship were named after Kellogg, whose longtime brownstone-facade home at 633 Fairmount Av. in the Crocus Hill neighborhood of St. Paul was placed on the National Register of Historic Places in the mid-1970s. Kellogg spent five years on the World Court in the Hague, Netherlands, at the end of his public service career.

But the cornerstone of Kellogg’s legacy was the so-called Kellogg-Briand Pact, signed in Paris in 1928, that tried — and ultimately failed — to make the first world war the last.

It was “simply idiotic,” Kellogg said “to suppose that the people of the world would allow another war to occur with the memory of the last one so fresh in their memories.”

On a vote of 85-1, the U.S. Senate ratified the three-paragraph peace accord, which renounced war and aggression as a way to solve conflicts — insisting instead on “pacific means” and diplomacy.

Germany, Japan and Italy joined the U.S., France and 10 other nations among the first 15 to sign on. Even Russia eventually agreed. When President Herbert Hoover replaced Coolidge in 1929, he thanked Kellogg for his “untiring devotion” and “high degree of diplomatic skill” in brokering the deal.

With loopholes and enforcement shortcomings, the Kellogg-Briand Pact “did little to prevent World War II or any of the conflicts that followed,” according to the State Department’s official historian. “Its legacy remains as a statement of the idealism expressed by advocates for peace in the interwar period.”

With Russia’s recent invasion of Ukraine and the German and Japanese offensives during World War II, it’s easy to dismiss Kellogg’s 1928 peace pact.

“But for those who say it’s obsolete, I say I’ve yet to see something better,” said Steve McKeown, 75, a Vietnam War radio operator veteran from Richfield — one of the 1986 founders of the Twin Cities chapter of Veterans for Peace.

McKeown said the Kellogg pact helped prosecute Nazi war criminals after World War II. “Can you imagine the Senate today ratifying anything 85-1?” he said, noting the lone “no” vote came from a senator who thought the peace language was too weak.

“It gave the world something to gather around and how we honor it, to me, is more important than how we enforce it,” said McKeown, a retired machinist who helped collect more than 12,000 petition signatures to have the Kellogg treaty recognized on the U.S. House floor in 2013.

Suffering from pneumonia, Kellogg died 85 years ago on the eve of his 81st birthday in St. Paul. He and his wife, Clara, had no children.

Two months before he died, Kellogg insisted the deal he helped broker was the best “hope of the world for peace.” His death in 1937, according to Cleaver, “spared him the full revelation of how frail that hope was to be.”