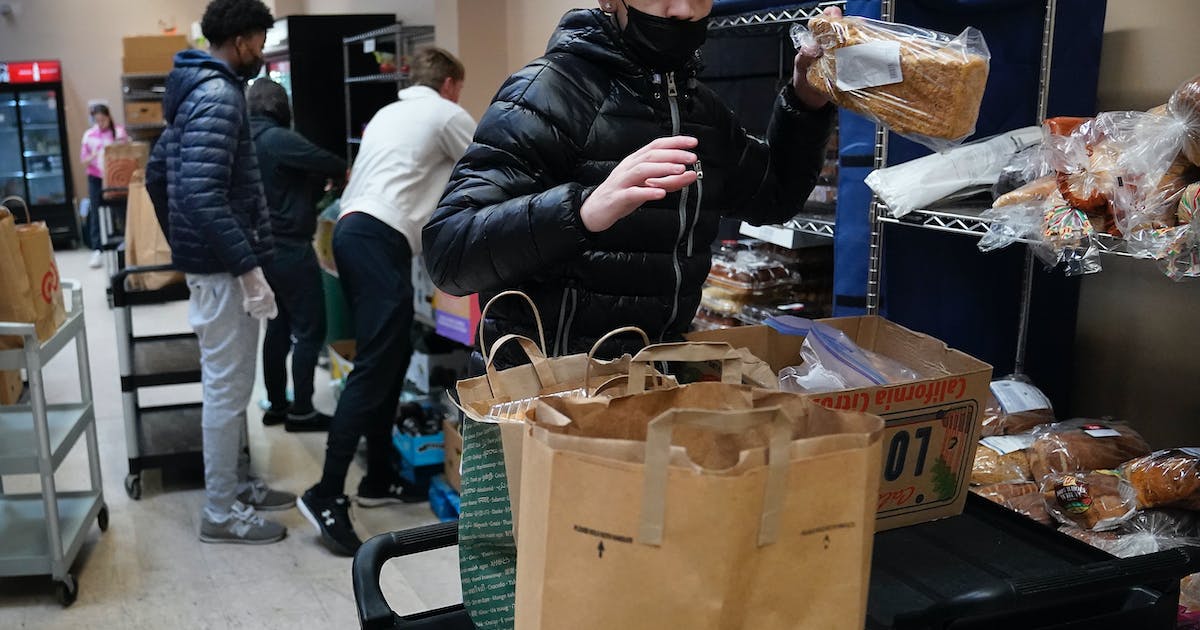 Almost every Friday, Don LaMar and his colleagues close the doors early at the Salvation Army food shelf in St. Paul’s West 7th neighborhood. Supplies can’t keep up with the rising demand.

“Running out of food has come to be expected,” said LaMar, whose food shelf serves four times the number of families it used to help each week before the COVID-19 pandemic. “More funding and more food would keep us going.”

As COVID relief ebbs and living costs rise, Minnesota food shelves are rallying for more support as the need for food assistance grows and is projected to rise this year.

The Twin Cities Salvation Army is aiming to collect 2 million pounds of food for the second year in what it says is the largest single food drive in the metro area, while the Minnesota FoodShare March Campaign is collecting donations for food shelves statewide and encouraging donors to back their local food shelves.

“I don’t think most people know about how close a food shelf is to them,” said Megan Young-Black, director of operations for the Greater Minneapolis Council of Churches, which is running the March campaign. “There’s a lot you can do in your own vicinity.”

The plea for the public’s help coincides with a push for more government aid. Gov. Tim Walz’s budget proposal includes $5 million for food shelves this year and next, plus $15 million in capital grants to food shelves to expand and improve facilities — a proposal supported by Hunger Solutions Minnesota, a statewide advocacy group.

In the meantime, Minnesota food shelves and meal programs are getting $4.2 million from the federal American Rescue Plan Act, and state food banks will get $4.3 million in pandemic aid funds in May.

More Minnesotans visited food shelves in 2020, with the outbreak of COVID, than any other year on record. The number of food shelf visitors dropped 5% in 2021, edging closer to pre-pandemic levels.

But a survey by Hunger Solutions found that 70% of food shelves are seeing or expecting to see an increase in visits this year as extra federal COVID aid for low-income individuals ends, such as the child tax credit expanded last year and extended food stamp payments.

Minnesota has more than 350 food shelves, which distribute food without charge to people in need. The state also has seven food banks, including Second Harvest Heartland and the Food Group in the Twin Cities, which purchase and receive donated food from grocery stores and other businesses and then distribute it to food shelves and other meal programs.

The number of Minnesotans relying on food stamps also continues to increase. In 2020, the state averaged monthly about 412,000 recipients of the Supplemental Nutrition Assistance Program (SNAP). By 2021, counties reported a monthly average of more than 445,000 recipients, an increase of about 16% over 2019.

“Everyone thinks we’re going out of COVID and it’s getting better,” said David Fiocco, an agricultural specialist with the Minneapolis office of McKinsey and Co. “If we do nothing, it won’t subside.”

McKinsey helped put together a food insecurity database, launched by the University of Minnesota, the state and MBOLD — a coalition of food, agriculture and retail companies — that uses U.S. census data, unemployment projections and Feeding America research to predict food insecurity in Minnesota.

Fiocco pointed to rural counties like Mahnomen in northwestern Minnesota, home of the White Earth Indian Reservation, which has the state’s highest level of food insecurity. “How do we let a couple counties in the state have so much worse insecurity than others?” he added.

Communities of color experience hunger at twice the rates of white Minnesotans, according to census data, reflecting broader racial disparities in poverty and unemployment,

The Minnesota FoodShare March Campaign has raised money and food for the state’s food shelves since the early 1980s. Last year, donors contributed more than $13 million and 6.5 million pounds of food for the campaign, which is the only statewide food and fundraising drive for food shelves, Young-Black said.

“People are still going hungry in our neighborhoods,” she said. “With the cost of food going up, the need is just going to keep increasing.”

In Roseville, the Twin Cities Salvation Army is collecting canned goods and other non-perishable food donations at more than 90 locations for its food drive, which ends March 31. Last year’s effort brought in 2 million pounds of food, enough to supply its nine food pantries for three months.

At LaMar’s West 7th food shelf, the number of families is ticking up again, with as many as 40 families arriving daily — more than the number of families who showed up during an entire week before COVID. While many recipients are employed, LaMar said they’re struggling paycheck to paycheck as the cost of everything from gas to rent goes up.

“They’re not looking for anything extravagant, just food to feed their family,” he said. “With the demand increasing, we’re doing our best to keep up with it.”