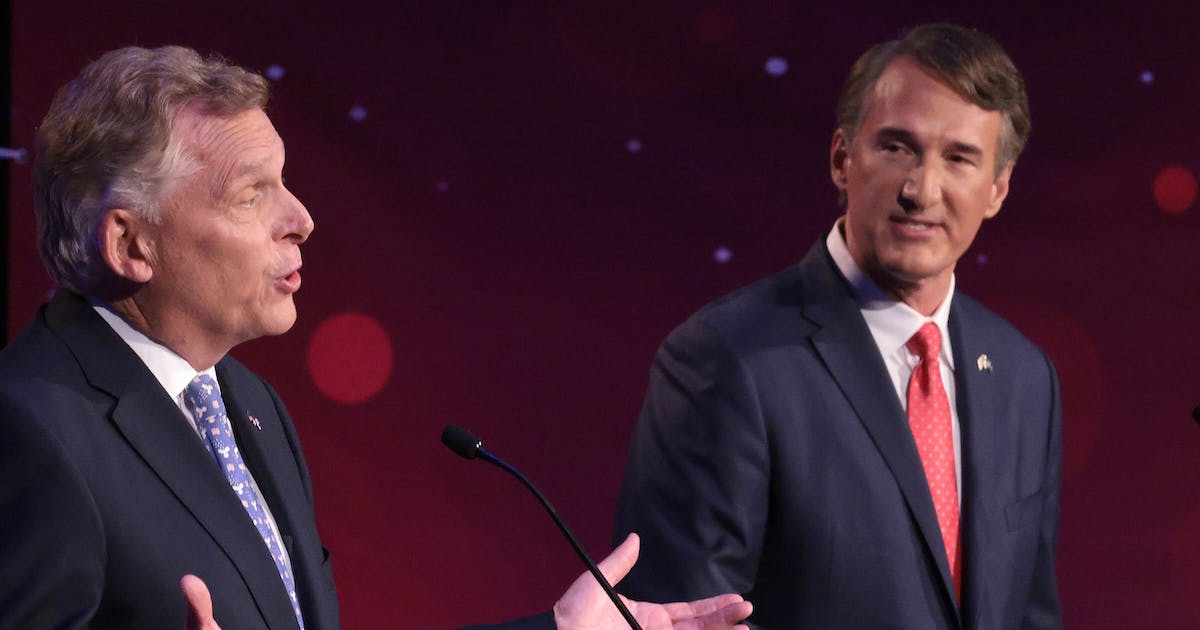 That’s because last fall, Virginia Republicans pulled off exactly what conservatives are trying to do in Minnesota in November: flip the Democratically-controlled House and sweep statewide races in a blue-hued state that swung decisively for Joe Biden in 2020.

“The same issues that were affecting people in Virginia are affecting people here,” said House Minority Leader Kurt Daudt, R-Crown, who could become House speaker if his party flips the chamber in November. “This really is an environment where Republicans could make unprecedented, historic gains in Minnesota.”

The “Virginia model” is being talked up by the field of Republican governor candidates and in memos from national groups targeting Minnesota legislative races this fall. They’re hoping to replicate Republican Glenn Youngkin’s message in the race for Virginia governor focused on the economy, public safety and more parental control in classrooms to win races up and down the ballot.

Democrats in Minnesota are heeding national headwinds and warnings from Virginia, but they point to differences between the two states and in the messages coming from candidates. For the Virginia model to work in Minnesota, Republicans must crack into the increasingly blue Minnesota suburbs, a dynamic that has shut them out of power in the state House since 2018 and out of all statewide offices since 2010.

“Youngkin spent most of his time running away from the controversial issues,” said Minnesota DFL Party Chair Ken Martin. “Minnesota’s Republican governor candidates are running towards them.”

Both Virginia and Minnesota strongly backed Biden over Trump in 2020, and at the time of the Virginia election last fall, Democrats were in power in the governor’s office and controlled the state House, like in Minnesota. In both states, Democrats have dominated in statewide races over the last decade or longer.

“Virginia, like Minnesota, is a state that too often goes blue but can favor Republicans if the candidate, circumstance and timing is right,” GOP governor candidate Neil Shah said in a recent e-mail to supporters.

He’s one of more than a half dozen Republican candidates aiming to run against DFL Gov. Tim Walz this fall, most of whom have compared themselves to Youngkin at some point during the race. Shah, a dermatologist who runs his own practice, said he’s a businessman and an outsider like Youngkin.

Republican governor candidates and state Sens. Michelle Benson and Paul Gazelka have said they’re focusing on the same message as Youngkin. Gazelka has put his name on tough-on-crime legislation at the Capitol this year, and both senators are pushing bills to give parents easier access to classroom curriculums.

But in the Virginia endorsement process, Youngkin was able to prevail as an unknown and not the most conservative candidate because Republicans in the state use ranked-choice voting. In Minnesota, GOP party activists conduct rounds of balloting until a winner emerges.

“In Virginia, if you have ranked-choice voting you can say, ‘I love this hyper-conservative candidate, but I can live with someone a bit more moderate,’ ” said Dan McGrath, a longtime Minnesota DFL operative. “In Minnesota, Republicans are not affording that choice for themselves. They have consistently picked a far more right wing candidate than the electorate has found acceptable.”

Scott Jensen, a physician and former state senator, is a front-runner in the governor’s race whose rise was propelled by a platform of questioning the state’s response to COVID-19. If he wins the party’s endorsement in May, McGrath said Republicans will struggle to follow Youngkin’s model.

“Youngkin got to define himself to the electorate as an outsider. … Scott Jensen is not that,” added McGrath. “He has planted a flag that is way to the right.”

In strategic memos from national Democrats, they’ve said part of the problem in Virginia was Democratic candidate Terry McAuliffe, a former governor who said in a debate that parents shouldn’t tell schools what to teach. The comment upset some parents frustrated by nearly two years of mostly distance learning.

Minnesota Republicans have drawn comparisons between McAuliffe and Walz, who closed down classrooms to slow the spread of COVID. But Democrats say Walz, a former schoolteacher, has a strong record on supporting funding for classrooms and his response to COVID-19 will be an asset in the critical suburbs.

“The conversation around the classroom is meant to fire up the base,” said Richard Carlbom, a DFL consultant. “It’s red meat for the delegates, less for the undecided voter in November.”

Republicans say the political environment has only improved for them since Virginia, with Biden’s polling numbers sinking further since then.

A Virginia memo from the Republican State Leadership Committee (RSLC) which works to flip state legislative chambers, describes early strategy for recruitment of women and minority candidates in the suburbs who fit their district, coupled with a disciplined message on parents’ choice in schools, crime and the economy.

“There are a couple of places where we won in more rural seats, but really the battleground was in the suburbs,” said Andrew Romeo, communications director for the RSLC. “Suburban voters right now care about the issue set that Republicans are prioritizing.”

John Rouleau, executive director of Republican-aligned Minnesota Jobs Coalition, said Republicans have an opening on education in the suburbs. But he warned candidates not to talk only about critical race theory, an academic concept that’s become a Republican catch-all term for equity efforts.

“Youngkin won on the overall classroom issues,” Rouleau said. “It all boils down to more involvement, more say in their kids’ education, whatever that individualized thing is that is driving each parent to want to be involved.”

Marissa Luna, executive director of the Democrat-backing political fund Alliance for a Better Minnesota, said Republicans are targeting the same issues in Virginia but their tone is more divisive. Voters are rejecting that approach.

She points to Minnesota’s last election, the same day as Virginia, when suburban voters rejected numerous school board candidates running on an anti-masking and critical race theory platform.

“They are fearmongering and talking in a very divisive way about schools, and crime and the economy,” she said. “It’s more about trying to scare people and less on finding solutions to the problems right now, which will actually make lives better.”